The Washington Post newspaper reported that the Donald Trump’s team has been invited by Russia for talks on Syria. 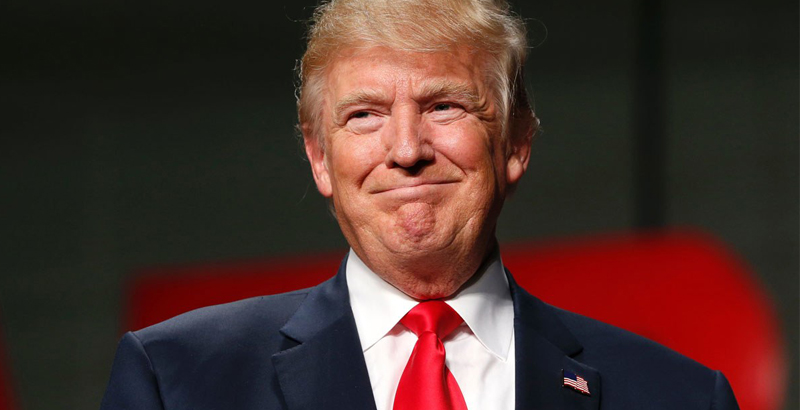 Russia has invited the team of US President-elect Donald Trump for talks on Syria, which will be held in the capital of Kazakhstan, Astana, the Washington Post newspaper reported, citing a source in the Trump’s team. Turkey and Iran will also take part in the negotiations.

According to the newspaper, the invitation was handed over to the Trump’s administration on December 28, Russia’s ambassador to the US Sergei Kislyak phoned Trump’s adviser on national security Michael Flynn.

As the newspaper’s source noted, “no decision was made.” He also added that currently, he does not have “anything additional on US attendance” of this meeting.

According to the Reuters news agency, citing three unnamed sources familiar with the situation, in total, there were five telephone conversations between the Russian ambassador and Flynn. The Trump’s team officially confirmed only one conversation, which took place on December 29. The agency’s sources did not disclose who initiated the negotiations, as well as what exactly was discussed during them.

Spokesman for the Russian embassy in Washington Alexey Mosin told Reuters that the diplomatic mission “does not comment on multiple contacts, which are carried out on a daily basis with local interlocutors.”

The negotiations between the sides of the Syrian conflict will be held on January 23, three days later the Trump’s inauguration. Turkish Foreign Minister Mevlut Cavusoglu said that the main condition for Ankara’s participation in the talks is maintenance of the truce in Syria.

In his turn, Syrian President Bashar al-Assad said that the Syrian Arab Republic is ready to participate in the talks in Astana, including in the case of participation of the Syrian opposition.

Rothschild links, and Rothschild wants the natural resources of Syria. The good thing, is Iran will also be involved and it might be interesting to set up contacts for Iran and Washington. The bad thing is that creepy looking General, who seems to be a good friend of John McCain and believes himself a legend in his own ego. Is his name Mattis? I hope he is not invited or if so, seriously neutered. Does anybody trust him?

Rothschild definitely wants that oil under the Golan Heights , maybe they Syria/Israel could split it , there is enough for both of them. Iran having an introduction to Americans and vice versa is a good thing . The General is pro Russian , but anti – Iranian , but there will be negotiating teams so he’s unlikely to be there. The US as observer ? At least in the beginning the “rebels” should only be represented by the US and/or Turkey . Apparently Turkey is being given Cyprus to stay with US and not go to Russia , so its doubtful the Turks will change their bad behavior towards Syria .

I assumed the reason behind the Geneva talks on Cyprus was to hand over Cyprus to Turkey, before Obama leaves office.

Nuland, who went to Ukraine and kicked started the civil war, then went to Cyprus, together with her mate Pyatt, who was sent to Greece.

Why are they so desperate to stop the Turkstream Pipeline and take the natural resources of Syria?

Nuland, turned up in Cyprus, demanding they refuse Russia a warm water port and stop talking to Russia with regards the newly found Cyprus Gas Fields.

May has stated she will give up 50% of UK territory in Cyrprus, which will no doubt be Dhekelia, for Turkey to have another military base in non-NATO Cyprus. Then of course, with Cyprus gifted to Turkey, NATO can easily take over. Will Erdogan happily work with those who were trying to assassinate him a few months ago? Or will he go with Russia?

What does Erdogan have to gain by taking Cyprus and double crossing Russia? What is the bottom line? Nuland and her minions are history, they are stepping into oblivion.

Fingers crossed. Cyprus has recently discovered gas fields that Nuland and her friends want to control. Cannot wait for Nuland to find herself without a job, in a few days time. Hopefully, the Geneva talks on Cyprus will fall through as they were hoping to get them all wrapped up, before Obama left office.

This could be a good step, we shall see what happens. If no progress is made, then everybody knows the game; the Syrian government will grind on, taking ever more territory from the jihadists and their friends. I see this is the reason why negotiations are a must for many. A gradual military victory will happen at some point for the Syrian government and probably none supporting the ‘opposition’ could live well with the fact that all was lost, piece by piece.

It is not about how much anybody like the US, UK, EU, GCC et al stands to gain. This is all about how much they want to lose at this point in time. It stands as a marker that a game played for decades is at an end. I wish well to all.

Good when Trump is in power dump the Turks, you can never trust liars and back stabbers.

If you are a about US/NATO, then sure. But Russia isn’t going to spoil relations with soon-to-be fellow EAEU member. Especially one with huge influence over Crimea and Caucasus.

It’s influence is dying and now trying to be a parasite like Pakistan is to everyone.

So no conflict will break out at breakfast table before the meeting? :)

Sure that US/Trump team will not attend this meeting. That would give much ammunition to MSM and others to use against him! Offer was extended to be polite and say “Hope to get along better with your administration”