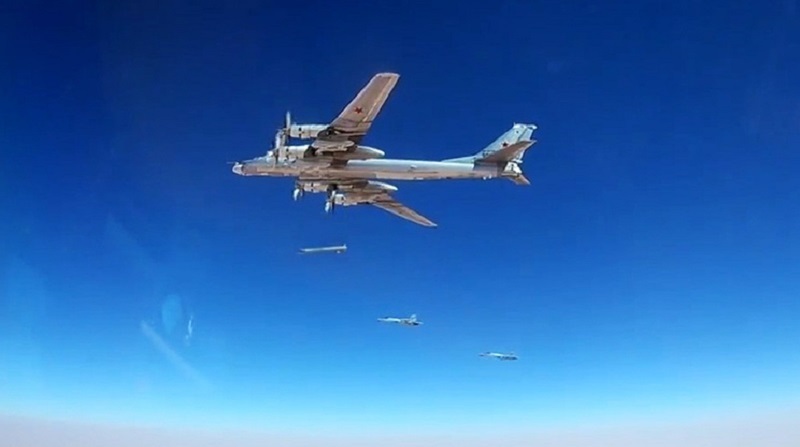 Warplanes of the Russian Aerospace Forces deployed in Syria have made 316 combat sorties over the past five days and carried out 819 airstrikes on ISIS terrorists, the chief of the main operations department of the Russian General Staff, General Sergey Rudskoy, announced on Monday.

“To eliminate the encircled terrorists trying to retreat towards Deir Ezzor the intensity of strikes by Russian aircraft was increased to 60-70 sorties a day. Russia’s Aerospace Force carries out air reconnaissance and eliminates IS armored vehicles, pickup trucks armed with heavy weapons and truck convoys carrying ammunition round the clock. Over the past five days Russian planes flew 316 sorties to deal 819 strikes,” Rudskoy said at a press conference.

According to Rudskoy, Russian warplanes have carried out 990 sorties since the start of August and conducted 2,518 airstrikes on terrorist targets.

The airstrikes destroyed 40 units of the military equipment, 106 trucks carrying heavy machineguns and up to 800 terrorists.

Rudskoy added that the operation to liberate “central Syria from terrorists is nearing completion.”

Yes are the new Rome leading the way, the new beacon of hope on which our decadent and suicidal West has to look to….

Assad and Putin heroes of the world !!

Russia should have taken control of the Aleppo international airport and make it a base for more planes to fly against International I$lamism Inc. The branch besieging DeZ needs to be flattened pronto.

Why Aleppo international Airport? There is plenty of more potent military instalations waiting to be utilized such as Jirrah Airbase or Palmyra Airbase which lie much closer to ISIS frontlines and thereby make logical choice. Besides, RuAF already uses T4 Airbase which is like the closest one to Uqabaryat pocket…

60-70 sorties a day with a fleet of 35-40 aircraft is remarkable, considering the planes need some minor or major upkeep and maintenance, also having pilots rested and proficient. The Suk 34 and 30 are relatively new and reliable workhorses, along with the remodernized Suk 25. Way to go Russian Air Force, using a minimum well maintained force, for a maximized effect.

The entire world is watching the RuAF killing ISIS. Why is it that the USA hates Russia so much? I would think the USA, like the rest of the world (except for the LameSteam Media), would be cheering the RuAF on. Isn’t ISIS killing innocent civilians all over the world and enslaving and raping women slaves ? Isn’t ISIS flooding the EU with its operatives? WTF ? How can this be?

The usa does not hate russia…

The story was made up to cover for the leftists(DNC) servers getting hacked and exposing their corruption… and on top of that, leftists scream the loudest and have our TV networks in their pocket. Go on the internet for your information, ignore anything that comes from a news network TV source….

The US media and the alt-left hate Russia.

The problem is the personnel. Deployment is generally hard on people, being away from home for a long time is demoralizing(I used to be in the navy and totally understand what they go thru). But from what I have heard, russians get cycled in and out of syria every three months or so, and thats not too bad at all.

Thank you for this superb video.