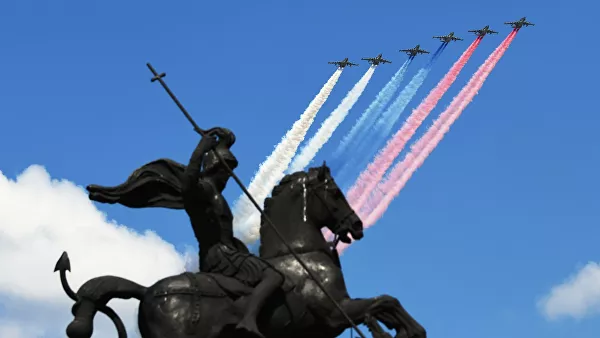 On June 24th, the 75th Victory Parade commemorating the ending of World War II took place, after a delay due to the COVID-19 pandemic.

It is 75 years since the then USSR defeated Nazi Germany. World War Two cost more than 20 million Soviet lives.

“I congratulate you on the 75th anniversary of the Victory in the Great Patriotic War, the victory that determined the future of the planet for decades to come and forever remained in history as the most grandiose in its scale, significance and spiritual, moral height,” he said.

“Her [USSR] soldiers (the Red Army) did not need war, nor other countries, nor glory, nor honor. They sought to finish off the enemy, win and return home. And they paid an irreplaceable price for the freedom of Europe. Many hundreds of thousands of soldiers were killed in a foreign land. Our duty is to keep this in mind. To remember that the main burden of the struggle against Nazism fell on the Soviet people,” he said.

In Moscow, the parade was attended by 15,000 personnel, 234 units of ground combat equipment, 80 aircraft and helicopters. Over 40 ground crews will take place on Red Square: officers, sergeants and soldiers of various formations, cadets of military universities, Suvorov, Nakhimov and cadets, Young Army Cadets and representatives of other law enforcement agencies.

Parades were not only held in Moscow. In the Amur Belogorsk, about 1,400 military personnel and 45 units of military equipment went into service.

The city of Belogorsk is the smallest of 28 cities in Russia, where the Victory Parade is held with the passage of a column of military equipment. The headquarters of the combined arms army of the Eastern Military District is located there. 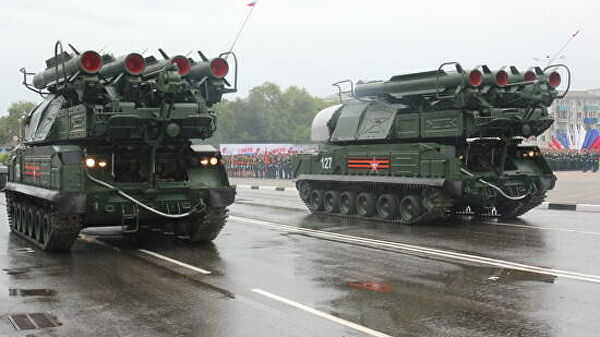 In honor of the anniversary year of Victory in the Great Patriotic War, a military parade was held in Chita. The procession involved more than 1,800 troops, involved more than 70 units of military and special equipment, helicopters and airplanes. At the head of the mechanized column was the legendary T-34 tank. It was followed for the first time by the Tiger armored special vehicles and the Leer-3 radio jamming station, which participated in the parade for the first time. 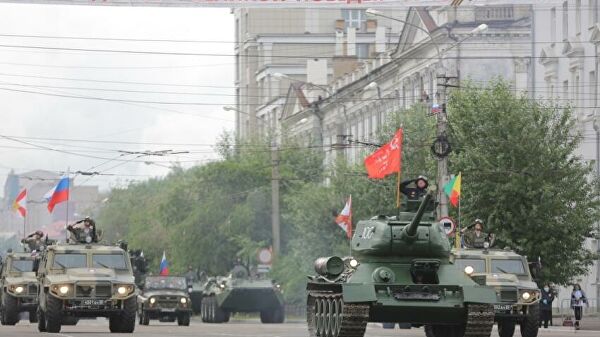 A military parade dedicated to the 75th anniversary of Victory in the Great Patriotic War was held in Ussuriysk. About 2000 military personnel of the Eastern Military District took part in it.

In Novosibirsk, a parade of ground crews and a mechanized column was held on Lenin Square.

The solemn event was attended for the first time by the modernized T-72B3M tanks, the latest Eleron unmanned aerial vehicles and the upgraded BM-21 Grad multiple launch rocket systems. In the air part of the parade, aviation military equipment was involved from two district airbases deployed in the Novosibirsk Region and Krasnoyarsk Territory. Photos of veterans of the Great Patriotic War, as well as portraits of relatives, grandfathers and great-grandfathers, participants of the Great Patriotic War were posted in the salons of the Mi-8 AMTSH-V transport and attack helicopters.

Some of the equipment that took part in the Moscow parade is as follows: 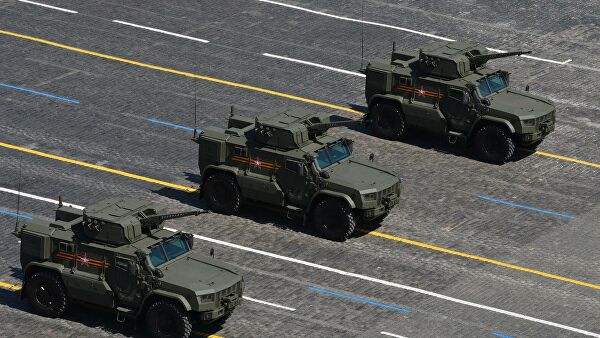 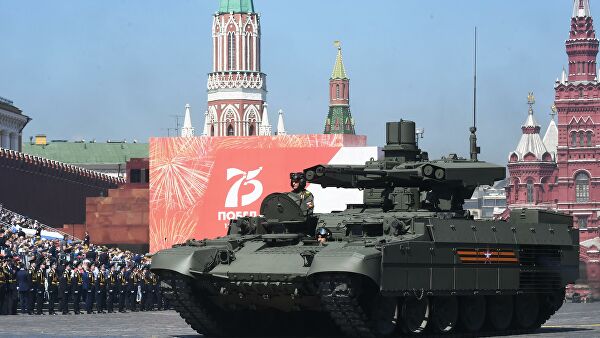 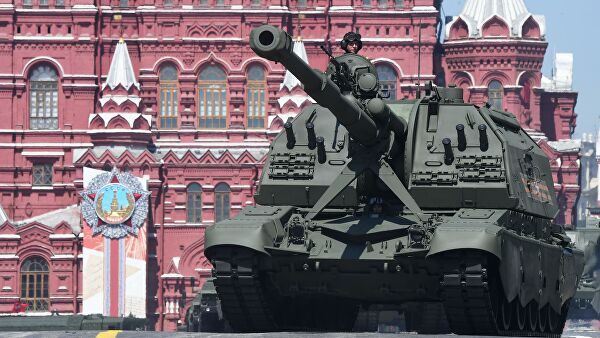 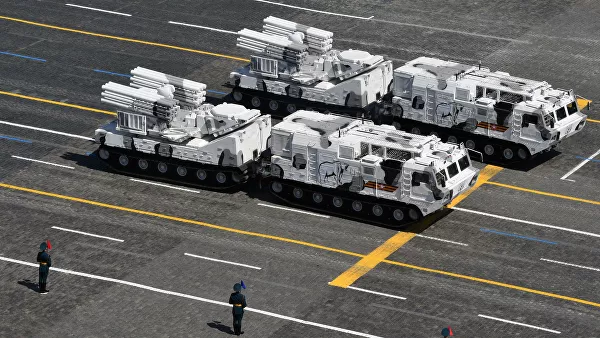 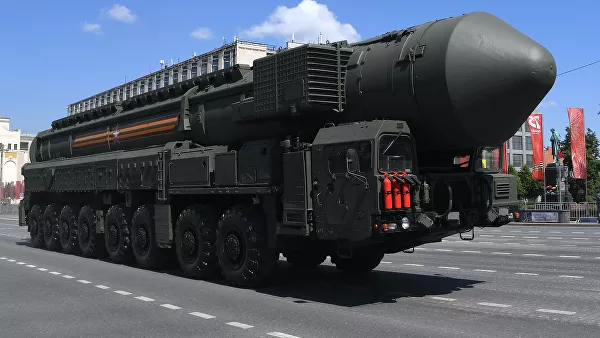 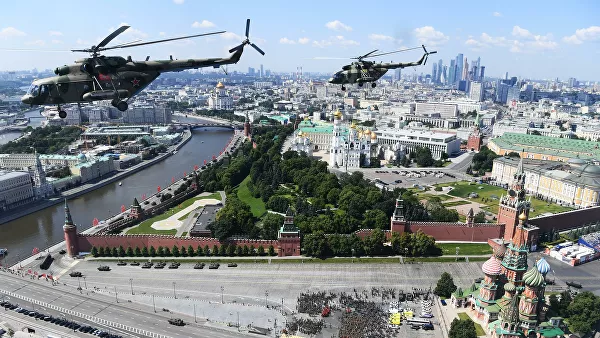 Many more pieces of hardware and aircraft took part, including battle tanks, fighter jets and bombers.

* it’s not really the ’75th parade’, as the ‘parade to celebrate 75 years since the end of the Great Patriotic War’ – aside from the first one straight after the war, they didn’t become a thing until the 70s.

I wasn’t sure, and was being lazy – thanks for the correction! :)

and where were the dumbed down morons from washington dc or the effeminate pseudo-fags from westminster or the out of touch with reality french useless sops when russia commemorated the end of ww2 – cowering at home of course. useless and worthless as they are.

The ones in power in the west lost the war. They are the sons and grandsons of the nazis.

This is what we ( the people ) should understand. Fuck, the leftist mobs are even asking for the statues of Saint Michael ( the archangel!!! ) to be put down. They are showing their true colors as satanists.

The Russian military certainly knows how to give the world a military parade of such precision that has no rivals. I watched the whole parade in real time on RT. It was magnificent.

Did you notice the Russian women in best dress uniforms?

In the West, they would be wearing combat fatigues, to hide their pot bellies, lol. I watched it with my 14 year old son, to let him see the military who saved us all from the death camps, and the German language.

Yes,all the participants were fit and healthy and even the older officers were in good shape.

Uniform’s have always been designed to convey a message to the people that wear them and those who look at them.