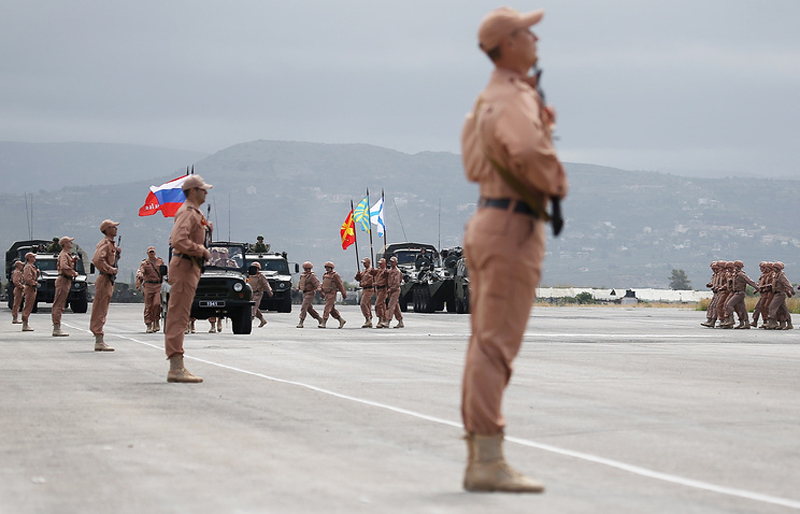 Syrian servicemen are training by the Russian Defense Ministry, as well as the Ministry is restoring their military capabilities, the TASS news agency reported on July 15, citing the words of Russia’s Defense Minister Sergey Shoigu.

“In the framework of Russian Defense Ministry’s purposeful work to strengthen Syrian Armed Forces, events are held to restore their military capability and train units to perform combat tasks,” the minister told the military-scientific conference “Military and political results of using Armed Forces in Syria and main strategic conclusions.”

Russia takes an active part in the Syrian settlement effort, helping Syria’s authorities fight terrorists. Russia’s military has conducted mine-clearing work in Palmyra, as well as pinpoint strikes were started to be delivered in Syria at facilities of the Islamic State and Jabhat al-Nusra by Russia’s Aerospace Forces, on a request from Syrian President Bashar Assad.

Russia’s President Vladimir Putin ordered to withdraw the main part of the Russian Aerospace Forces’ group from Syria on March 14, saying that the tasks set before the military “have been fulfilled on the whole.” According to Russia’s Deputy Defense Minister Nikolay Pankov, Russia’s Aerospace Forces will continue to deliver strikes on terrorists.

Syria needs strong deterrent power against Israeli-surpremisist-aggression. Without the ability to defending themselves against Nuclear strikes from Israel, everything Russia and Putin have done is Syria is all for nothing.