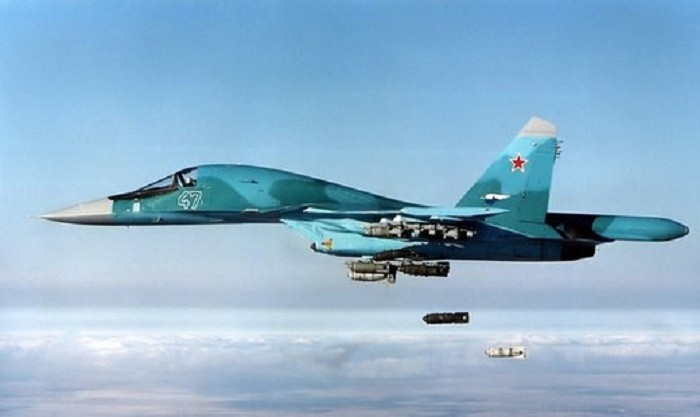 Original by Yevgeniy Radugin published at politicus.ru; translation by J.Hawk
Today the Middle East crisis is the most important and dangerous conflict in modern history. The West’s erroneous policies have provoked turmoil and coups which caused the region to become completely destabilized, a condition in which it still is today. Terrorist groups’ expansion only made the situation worse by creating uncontrollable chaos which now threatens the entire world community. One of the reasons behind this turn of events is definitely the fact that most of these countries have lost their sovereignty and political future. This is why Russia joined the struggle against the militants in order to maintain Assad’s position instead of allowing the militants the last bulwark of statehood in Syria. Over the course of the last four months, Russian Aerospace Forces have launched concentrated bombardments of militant positions, with Syrian forces throwing them further and further back.
A year ago, the situation was only growing worse. At one point, it seemed that Syria was lost forever. ISIS and other terror groups have occupied 60% of Syria’s territory. Western coalition strikes had no results, rather the opposite–they only facilitated the expansion of terrorist elements in that region since their strikes were very selective and, apparently, with the terrorists’ being informed of them. The situation was at a standstill for a year and a half. The West was only playing for time. But now all has changed. German journal Die Welt writes that the Russian air group in Syria managed to accomplish the unthinkable. Only a few days ago, Assad’s forces with Russian Aerospace Forces’ support, managed to break through the three year blockade of two strategically important cities. This is the long-awaited breakthrough in the war, with the until-recently invincible force under the ISIS black banners which terrorized the whole world suffering a defeat. Shia cities of Nubl and az-Zakhra have been cleared of the militants thanks to Russian fighters, Die Welt notes. This military victory can completely change the course of the war. Right now the Middle East scares many, but not everyone is ready to seriously face the militants. That which the West was doing in the Middle East was a sham, nothing more. An appearance of struggle. Russia, naturally, could not have taken that path. Having stormed the high ground and freed the cities, the Russian aircraft and Syrian troops cut off the last fuel, medicine, and weapon delivery line to the militants in the Idlib province.  That is potentially fatal for them. One can say with confidence that the terrorists’ back has been broke, though the war is not yet over. Its complexity is due to many countries (other than ours) supporting this or that party to the intra-Syrian conflict, and pursuing own interests. They are not about to sacrifice those interests. To the contrary, everyone is contributing to the raising of tensions which results in an escalation.
Russia’s position, on the other hand, is unwavering. The peaceful resolution of the conflict can only be accomplished through a legitimate political process within the framework of international law.