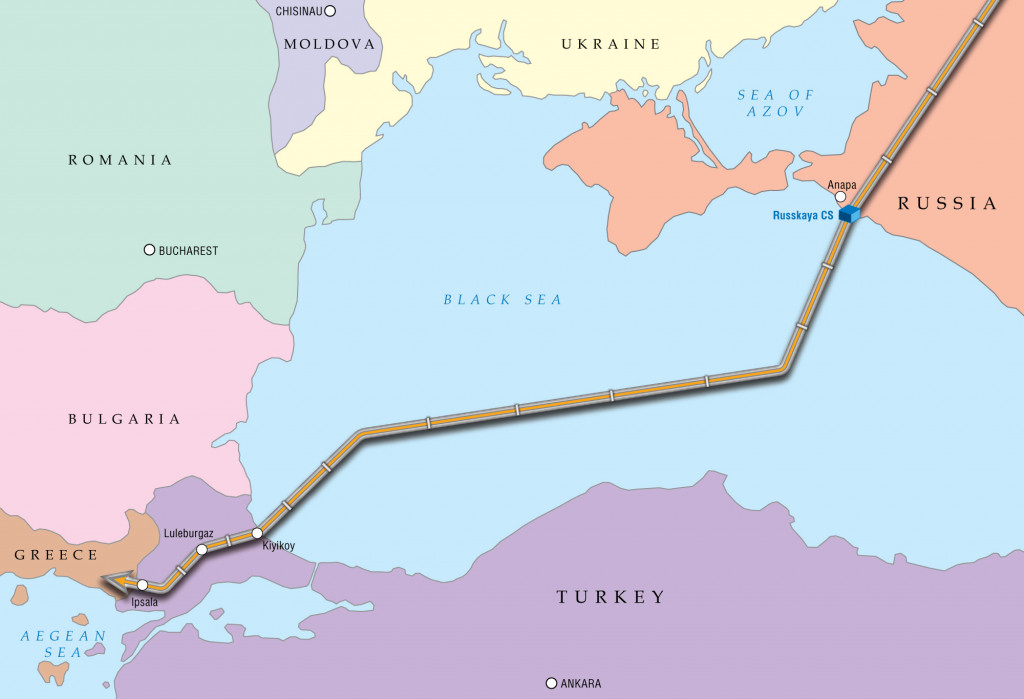 Russian state-owned energy company Gazprom could delay the launch of the first line of the TurkStream (Turkish Stream) natural gas pipeline until the end of 2017, Gazprom Deputy CEO Alexander Medvedev said on October 7.

“This time frame is being postponed now. It depends on how quickly the intergovernmental agreement will be signed. Nothing terrible would happen if it is postponed by one year,” Reuters cited Medvedev.

The real timeframe depends on how quickly an agreement with Turkey can be reached, Medvedev added.

The pipeline has been planned to launch by the end of 2016 and would allow Russia to diversify natural gas transit away from Ukraine.

You can learn more about the gas pipelines in Europe due to the SouthFront’s infographics:

A Network of Power: Gas Pipelines of the European Continent (Infographics)