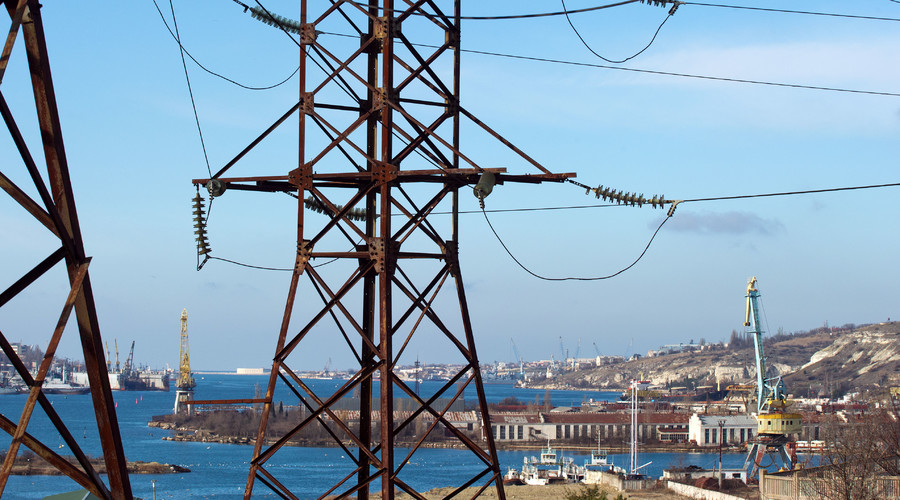 Thus, the energy needs of the Republic of Crimea is almost completely met. The Crimean citizens don’t face any energy problems more.

We remember, in November 2015, Russia’s Crimea switched to autonomous reserve power after the four main transmission towers in the adjacent Ukrainian Kherson region were blown up by the Crimean Tatar radicals, causing a blackout.

The situation was improved with the opening of the first thread of the energy bridge from Russia’s Krasnodar region across the Kerch Strait in December. Then, the second thread started working.

More about the blackout:

Big finger to the dimwits in Kiev.

The problem with the energy bridge is this is just a band aid. Authorities need to build another power plant in Crimea.

Russia has to annex Cherson region down to Odessa and further to Romanian border.

It’s obviously a good thing to have Russia on your side. Many people either already realized it or are beginning to realize it. Either way, FUKUS’ footholds are crumbling more and more each day, and I can’t wait for the moment to see it fall flat on its face.