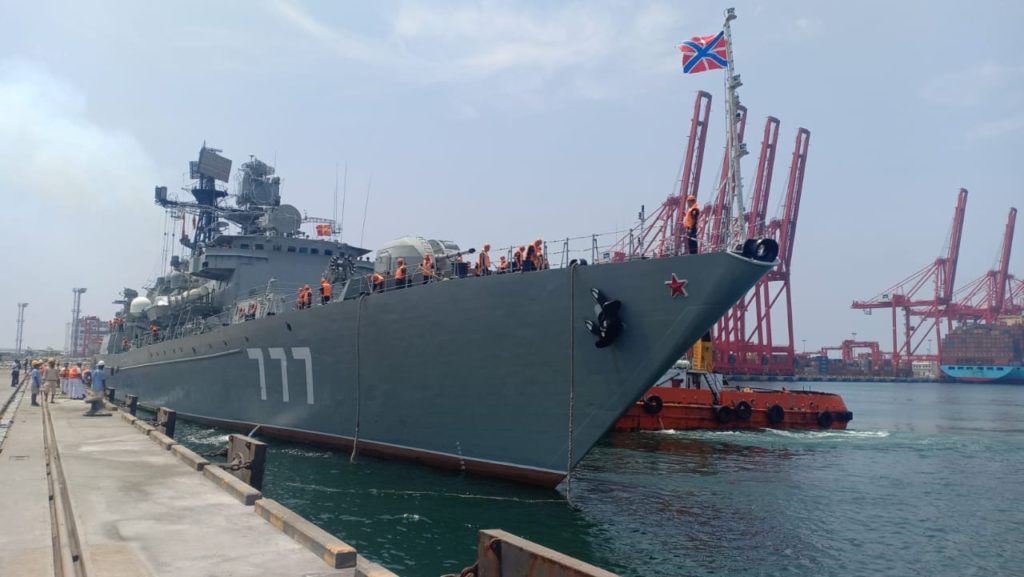 As the world energy market is in panic, Russia started employing its warships to secure the ongoing complition works of the Nord Stream 2 project. 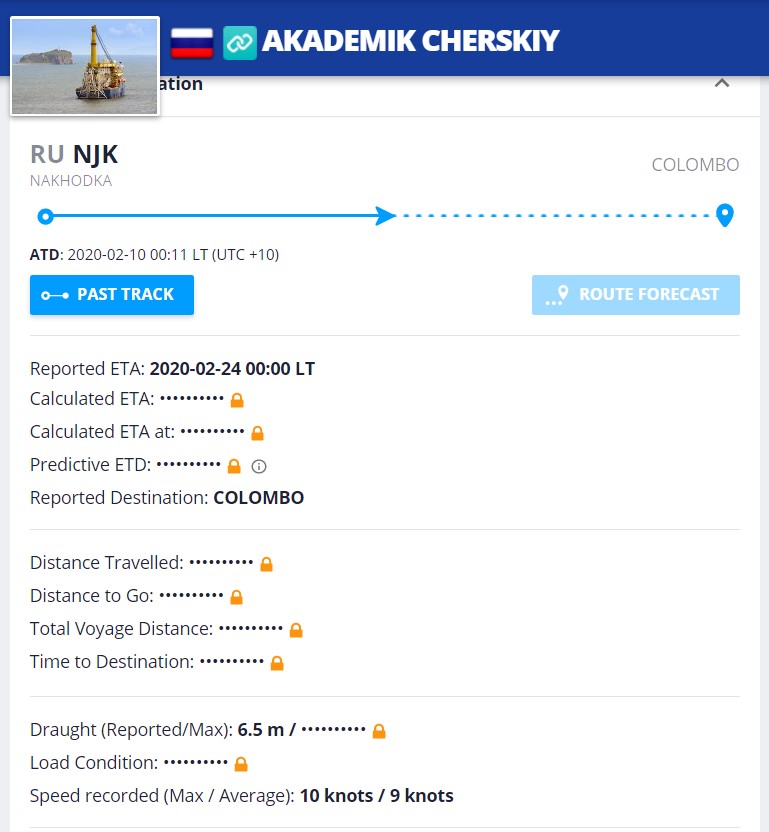 The Nord stream 2 is a new export gas pipeline from Russia to Europe via the Baltic Sea. Recently, it was targeted by a series of US sactions that undermined the pipeline’s completion works forcing a Swiss-Dutch company set to lay underwater tubes to withdraw its vessels.

According to open source data, Russian warships adapted their deployment schedules in the way allowing them to be closer to the aforementioned pipe-laying vessel. Therefore, the Russian Navy’s warships would be able to ensure the safe passage of the Gazprom ship to the Red sea and the Suez canal.

One of the notable points of the Russian naval activities is Sri Lanka. The behaviour  of the Russian Navy demonstrates that Moscow expects that some third party may take agressive actions against Akademik Cherskiy pipe-laying vessel (for example – to seize it) in an attempt to prevent its participation in the completion of the Nord Stream 2.

The world officially entered an era of the power politics.

That’s the way to go.

Good move. You must never underestimate the retardation of Pentagoons or their willingness to go full retard. But what can we hope from an establishment that openly supports rapist cannibal headchopping terrorists…

No actually this is fueling the rhetoric that says the NS 2 project is meant to subjugate EU to the neo-USSR, expect more sanctions/trials this year.

BS. There is no neo ussr. And there is a thing called free trade… If EU wants to buy cheap Russian gas and oil let them. Its not up to you to decide… The harder to twist the arms of EU countries the closer you push them to Russia ;)

Not a bit. Customers in Europe want to buy cheaper and plentiful Russian pipeline gas. Russia wants to sell. It’s called commerce. A third party, not even involved before, wants to sell smaller quantities of more expensive gas that has questionable reserve volumes and is illegally intimidating people to influence the process instead of engaging in competition. Seeing how an Iranian ship was illegally detained in a parallel dispute, it’s only prudent to play it safe and guard a critical asset. This is all about escalation control. If the ship were unguarded and seized on some bogus legal and mass media claims than the burden to escalate would be fully bourne by Russia, including all the risk. But by placing naval capabilities near the ship Russia switches the escalation risk and burden fully on the conspiratorial third party. Which means that the ship will get to the Baltic.

No they can’t. Not if they want to keep their kingdom. Saudi Arabia uses oil money to import everything, from furniture, to food, to weapons. They don’t make hardly anything else. Russia’s economy is more diversified. They can feed themselves and export food, they mine large numbers of metallic ores and precious metals and Russia makes most (about 70%) of what her population consumes. It’s not hard to see that although everyone gets hit by this, Russia is left standing last.

Umn, the new Moscow ring road and commuter rail line? The new Moscow-St. Petersburg expressway? The Crimea Bridge? There are challenges in many cities related to street quality but with the Kerch Strait bridge now done and paid for the money spent annually on that project for four years can now be placed back into municipal roadways. The bad roads rap that Russia has today can be best understood by the USSR’s focus on railroads and rail. The Moscow and St. Petersburg subways are the best systems in the world and one could make the case that cars are socially and environmentally destructive, and that the Soviet transportation priorities were right all along.

Saudis economy are deficit they can not do that forever.

Sadly, the US today is capable of almost any dirty trick you can imagine.

Yes indeed and Russian forces will ensure the progress of the actual pipe laying as well i would think by way of an agreement with Germany when in German territorial waters.

http://www.sott.net/article/430454 the US empire crumbling into the dustbin of burgers and marijuana…one cannot expect an empire to reform itself when the entire population is now sexually assaulting mobile phones

The real problem is that the deep state is anti American. They want disarmed slaves dying fir tge Empire. Once you lise thenkoral highground you lose it… And the U.S. lost it bigtime…

With their pants,on the ground:

That is really rather funny.

I never heard of that method of muting the ringtone before….;O)

That was Ashley Cole. While he was at Arsenal.

You have to laugh at the idiot corrupt American’s, they interfere in European energy matters and impose sanctions for 55bcm of Russian gas going through NS2, (which provides proper energy security for central Europe) but are simultaneously also desperate to have 140 bcm going through Ukraine for Biden & Co to skim.

Isn’t it time the Russian navy commissioned and built another pipe-laying vessel?

You would think but of course I am not privy to either the transnational criminal cabals’ diabolical plans or Russian and the multilateral partners counter plans to end the unilateral Empire’s ruthlessness over human kind, their Treasure, Commons and Unalienable Rights of Nations’ citizens.

However I am all for building a trans Bering Strait (35 miles wide and shallow) high speed transportation and pipeline/s links from Russia to Alaska and down through existing infrastructure to the lower 48 states bypassing and killing off expensive tar oil sands and fracking destruction to our Commons and Water Resources.

The added benefit/s being the cessation of endless wars for other nations, their Treasure, Commons and Unalienable Rights. The US could bring their soldiers home and apply them to education, building infrastructure repair and expansion to include renewable energy production/s. What is there not to like if you are not part of a fascist state coup d’état or profiting from them?