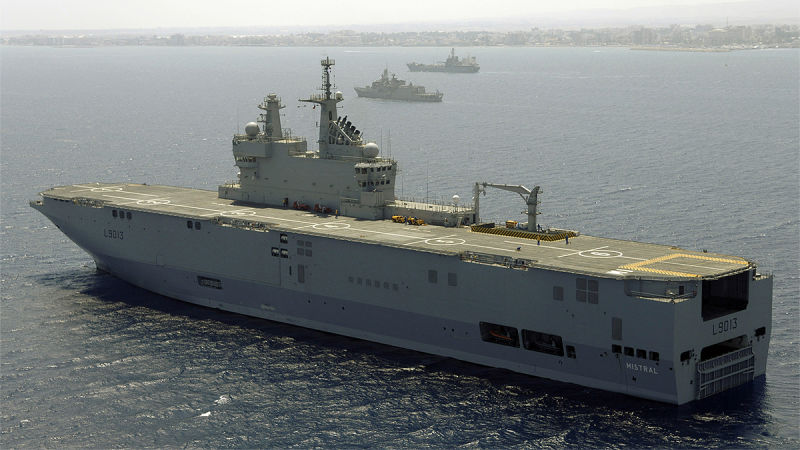 Russia and Egypt are negotiating over supplies of communication equipment and helicopters for the amphibious helicopter carriers Mistral, Russian presidential aide Vladimir Kozhin said on September 6.

“There’ve been no contracts so far, but the talks are in progress,” the Russian state-run TASS news agency cited Kozhin.

According to Kozhin, Cairo would like to purchase both the helicopters and radio-electronic equipment.

We remind, in 2011, France signed a contract with Russia for building two Mistral ships. In 2014 it froze the delivery of Mistrals over the crisis in Ukraine. Moscow and Paris agreed to sever the contract in August 2015. As result, Russia had back about 949 million euros and the installed Russian equipment. Then, Egypt agreed to buy the both ships and signed the contract with France in October 2015.

Russia and Egypt  are currently discussing the supply of communication and control systems and the Ka-52K helicopters (deck configuration of the Ka-52 helicopter Alligator) for the Mistrals.

So the Russians turned a bad situation into a money maker. It didn’t work out like the West wanted.

True but I bet Russia still wants one of those ships. The French probably have an agreement with Egypt that they can’t sell either one to the Russians.

As with the contract France had with Russia, most contracts and treaties (Minsk2) aren’t worth the paper they’re written on. Egypt can do what they want with them. Who’s going to stop them.

No one in NATO wanted to buy those ships, not even the Chinese, the French had a salvage sale. Egypt can be a middle man and defy the US sanctions.

They are a bloody pair meant to be docked nose to nose.. Think of them as a temporary base that can sit just beyond the horizon or as a base just off a city like Alexandria. For the public, they can be a grate show of presents and good platform for fireworks of the civilian kind.

Russia should tell them “We’re not selling you any equipment or helicopters, but we are willing to take those boats off your hands, because as they sit, they’re useless”

They are to slow.. Just right for Egypt although. The need to start using these in amphibious practice.. I want to see them docked nose to nose.