Russia’s Rosselkhoznadzor has no plans on lifting of the restrictions on import of Turkish food products. 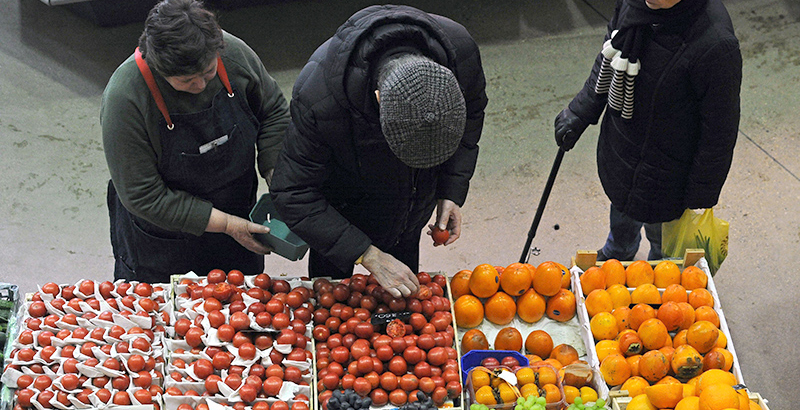 Russia’s Rosselkhoznadzor is not yet going to lift the restrictions on import of Turkish food products, in particular, tomatoes, cucumbers, apples, pears, turkey and chicken, the Izvestiya newspaper reported, citing press-secretary of the department, Yuliya Melano.

As Melano noted, all these food products are produced in Russia, and if the restrictions on supplies from Turkey are removed now, this will inflict a serious strike on domestic producers, who have already successfully taken the place of Turkish ones.

According to newspaper’s sources, the position of Rosselkhoznadzor was influenced by Turkey’s decision to raise customs duties on Russian wheat, corn and sunflower oil.

In addition, Russian producers ask to keep the embargo on tomatoes at least until 2020, as the Turks will start to engage in predatory pricing. After lifting of the restrictions on Turkish oranges and lemons, prices for citrus fruits fell by 30%.

Earlier, Rosselkhoznadzor banned supplies of live poultry and hatching eggs from three regions of Germany and three regions of Bulgaria. The decision was taken after cases of highly pathogenic avian influenza were discovered.

Keep the ban on Turkey imports so that local market’s can grow.Let Erdogan sell his rotten infidel products to Germany and Netherlands.He can also sell to Ukraine and Azerbaijan or USA/Nato his coalition.Because Russia wants to make black sea his lake according to Erdogan.That is why Nato/USA is moving in black sea.Or he can sell his rotten tomatoes to FSA=ISIS which kills Russian soldiers in Syria.

Erdogan think its only him who can insult or talk nonsens with his rapefugee, human heart eating,headchopping terrorist.There is no democracy in Turkey and Saudi Arabia only greed and terrorism.