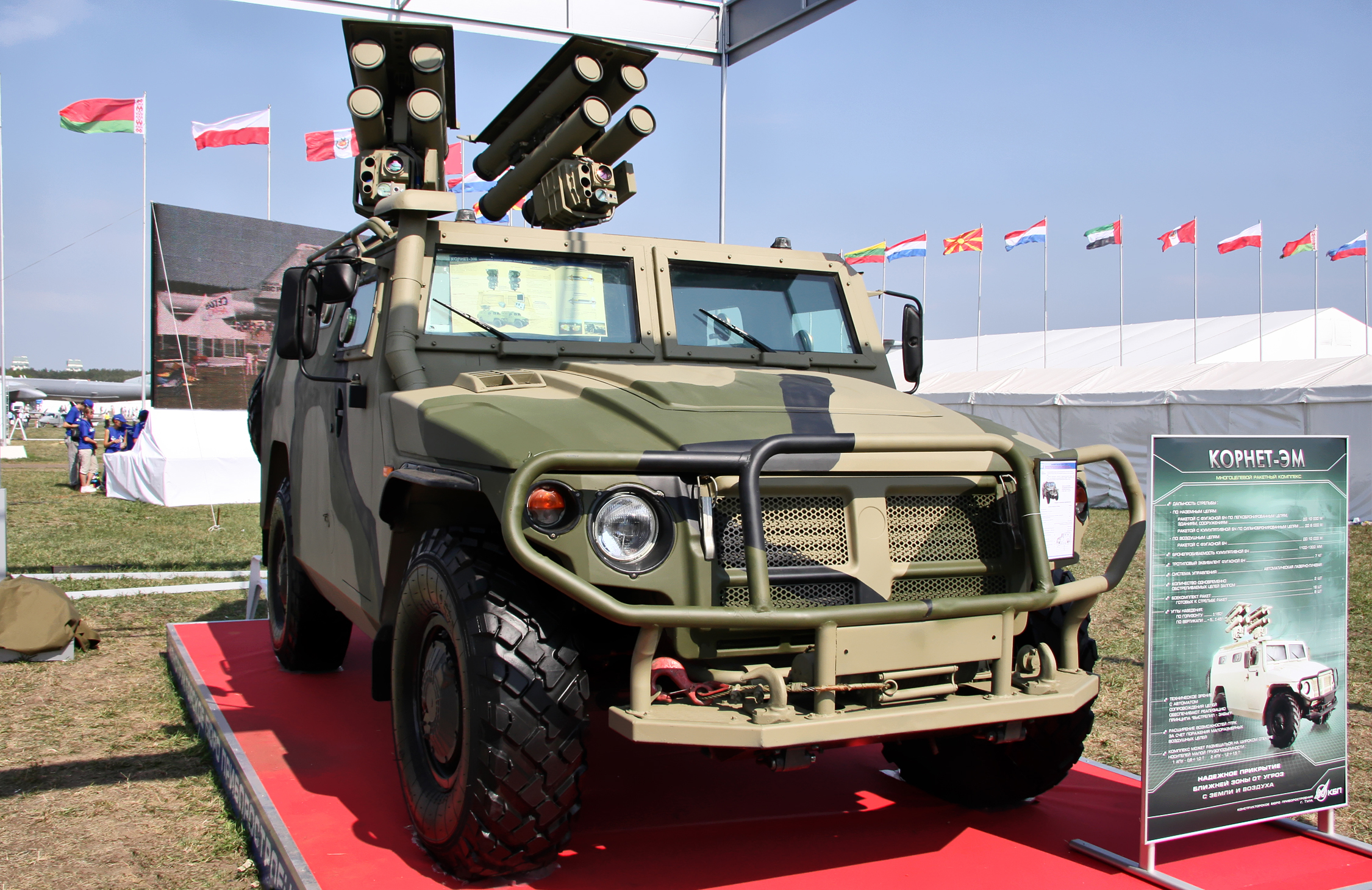 Russia has developed a new copy of the world-renowned Kornet-D anti-tank guided missile that can be fired from combat drones and attack helicopters, the Sputnik news agency reported on December 18.

An unnamed source in Russia’s military industrial complex told the agency that the new copy of the Kornet is dubbed “X-BPLA”.

“X-BPLA is a new development based on guided missiles from the Kornet-D missile system. It will become part of the armament system of the combat drones, for example, Forpost and Inokhodets, as well as Ka-52 helicopter,” the source said.

According to the source, the missile has had several successful launches off a Ka-52M attack helicopter and off Inokhodets, Forpost and Altius combat drones.

Russian sources released a video showing a recent test during which an Orion combat drone fired the new missile at an aerial target flying four kilometers away. The missile hit the target with high precision.

It’s worth noting that the Kornet-D missile system, which was originally developed for ground vehicles, has a range of up to ten kilometers and can penetrate 1,300 mm of RHA [rolled homogeneous armour] after ERA [explosive reactive armor].

The X-BPLA is only one of several light-weight guided munitions which were developed by Russia in the recent years for its combat drones.

Hey iron Zion, does the Kornet ring a bell? I’ll give you 2 hints: Merkeva and 2006 HAHAHA

So basically its a Russian Hellfire, but better. Most excellent Comrades 🤗👍🥇

Its an improvement. It makes no sense to tell its better. Its same group.

Its more a matter of “many” and “enough”.

Yes, the Jens double act is has been all to obvious for some years now.

Yes the difference between lucid and totally confused.

Some times “many” and “enough” does not work. In the end is the sacrifice of humans that breaks losers like Napoleon and Hitler. I am certain White House know they are target number one, not continental Europe. USSA broke the contract for intermediate ballistic missiles. What if Russia quit nuclear none proliferation agreement and start selling nukes and ballistic systems? Would USA, Israel, Japan, Australia be happy with this?

Wow … talk about computers taking over the world :-) 5 ads posted by bots and only 2 real comments at the time I’m writing this. Captcha is not working or is it :-) Seems like google put a Trojan horse exactly where they wanted to ;-)

Relating google to anything about this makes no sense. Whats does in You probatly is censured very much in Your own medias and expect Google, wikipedia and like that are too.

Perhaps they are paid for ads as there seems to be no stopping them and if you try and spoof them you get deleted pretty quick.

If its a best to the price change, it makes a lot of sense.

Time for Russia to begin arming the enemies of those who arm the enemies of Russia, with an Eye for an Eye: meaning the fullest extent that has been done against Russia. That includes the most serious of missiles ever constructed and the most destructive. Apparently the Eugenics Pigs 🐖 hunting for truffles in each other’s rear ends only understand one thing. So let it begin and begin soon.