On Monday, Russia’s Federal Security Service (FSB) released a statement announcing that it has detained an alleged officer of the Ukrainian Security Service’s Kherson regional branch in the Republic of Crimea.

According to the statement, Hennadiy Lemeshko was detained on August 12 during in an attempt to disrupt electricity lines in Crimea. The suspect had explosive devices in his possession.

“The detainee, Gennady Limeshko, is a Ukrainian citizen coming from the Kharkov region. In the past, he served as a senior scout in a Ukrainian military unit taking part in the so-called anti-terrorist operation in Donbass.

On August 9, Limeshko arrived in Crimea to implement the SBU’s orders to damage powerlines between the town of Sudak and the Novy Svet settlement that could lead to a power outage affecting an area with a population of more than 50,000. He had been also tasked to set forests in the Sudak area on fire and create conditions for landslides blocking the highway connecting Sudak and Novy Svet. Limeshko also planned to set on fire a public utility facility in the Rybachye settlement area,” the Russian state-run news agency TASS reported on the issue.

Nice try Mr. Limeshko. I am sure your handlers will attempt another mission. Now face Russian justice. What will the geniuses at the various “intelligence” agencies in Kiev and Washington say? 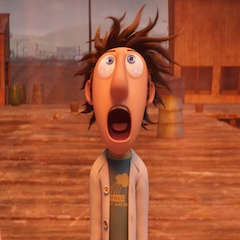 Oh shit, our intelligence said it would work.

Obviously, it’s Russian aggression to arrest an innocent carpenter like that.

Dad, let’s go and kill some Moskali (Russians)!
Sure son, but what if they kill us?
Us? What for?

Execute him as a spy and saboteur – and an example of what happens to all who try to do this.

If he is a terrorist working for and trained by Mi6, give him to me and I will hang him in my front yard.
Most Americans will be proud to see another dead Mi6 terrorist. They are the same type of Mi6 terrorist who murdered our President John F Kennedy and who tried to murder sitting president Andrew Jackson.
http://ihr.org/