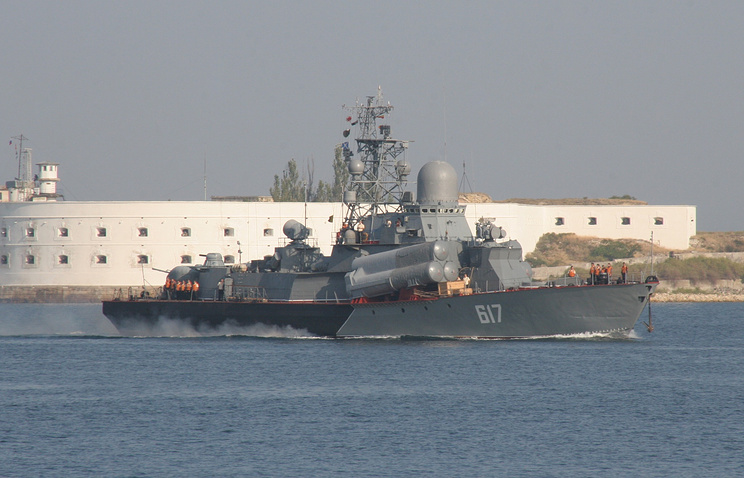 The Russian Black Sea Fleet’s small missile-carrying ship – The Mirazh – has despatched for the Mediterranean, where it will join the Russian naval task force there.

“The small missile-carrying ship of the Black Sea Fleet, The Mirazh, has completed the preparatory procedures and left Sevastopol on a long Mediterranean voyage,” the fleet’s spokesman Nikolai Voznesensky said.

It’s expected that the warship will enter the Mediterranean tomorrow.

The Mirazh (project 1234) is armed with Malakhit cruise missiles, the Osa-M air defense missile system and artillery pieces. It followed another two Black Sea Fleet missile corvettes, The Serpukhov and The Zelyony Dol equipped with Kalibr long-range cruise missiles, which had been due to reach the Mediterranean yesterday.