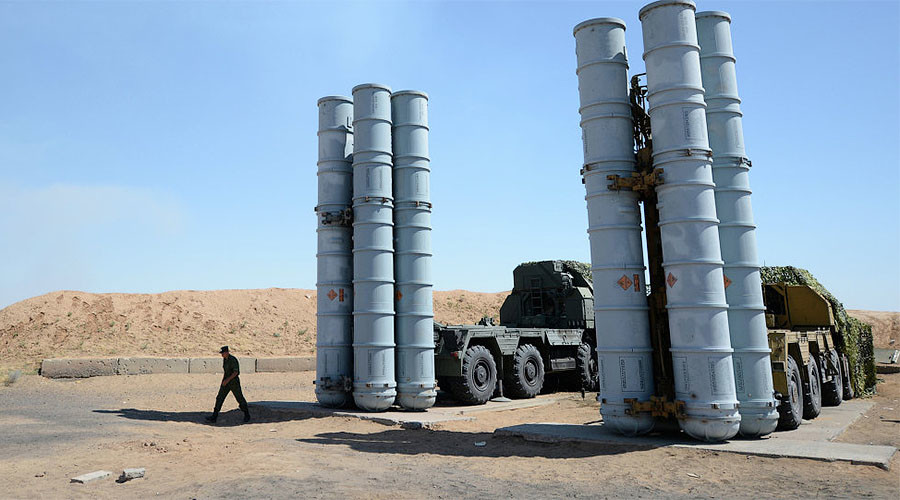 Russian has reportedly deployed a long-range air-defense system in al-Tabqah Air Base in Syria’s northeastern region.

On November 11, a photo showing two transporter erector launchers (TEL) of the system, identified by some as an S-300, in the air base surfaced online.

Al-Tabqah Air Base, which is located in the southern countryside of Raqqa, is held by the Syrian Democratic Forces (SDF). Russian and Syrian government forces were deployed in the air base in October 2019 to help monitor a ceasefire between the Kurdish-led group and Turkish forces in northeastern Syria.

The system deployed in the air base may be a Russian S-400, which uses similar TELs, an S-300 PM2 or even one of the Syrian S-300PMU2 systems which was supplied by Russia around two years ago.

Earlier this month, several sources reported that Russia is preparing to deploy an S-400 long-range air-defense system in northeastern Syria, specifically in al-Qamishli Airport in the northern countryside of al-Hasakah. If these reports are true, the systems deployed in both al-Tabqah Air Base and al-Qamishli Airport will be more than able to cover all of northeastern Syria airspace.

A Russian air defense net over northeastern Syria will for sure deter Turkey, who is reportedly planning to launch a new offensive in the region against the SDF. This will make the SDF more reliant on Moscow’s support.

Patriot is useless you idiot… Couple of Houthi drones can sort them out .job done Walla … On your horses now and piss off

Time to insert your XXL, Tampax, your mangina is bleeding all over the place

Meanwhile IAF drops guided ammo on Damscus and its surrounding.

Lay off the glue its bad for you…

Agreed. I suspect it’s the wealthy Russian businessmen that are likely preventing Putin from acting.

The thing is that Turkey has a long border with Syria and only needs to cross the border for a short time. Turkey can always use it’s border as a safe haven as a Nato boarder and Turkey doesn’t need to cross that many km into Syria.

TrollSucker you are nobody…. 100% useIess. Go play with your husband and your two daddies instead of farting from your mouth. Don’t forget uncle Joe.

Putin put it there to protect Israel but it is rubbish no good.

I don’t know that I would call this a big deal. The Russians deployed the missile system to protect their assets at the airbase. That is standard operating procedure for any military. I think if anything, this shows Russia’s long term commitment to that area most likely.

Israel, and Turkey exist at Russia’s largess, and the subject of Russia’s desire’s, in the sphere of geopolitics, and the fact Russia does not desire war, you’re still without understanding. The truth is, you don’t know what Russia’s interest’s are, or where. Therefore it’s impossible for you to have a clue as to what Russia may choose to do at any given time. Currently, I suspect Russia is busy with not interrupting an enemy while he’s blundering.