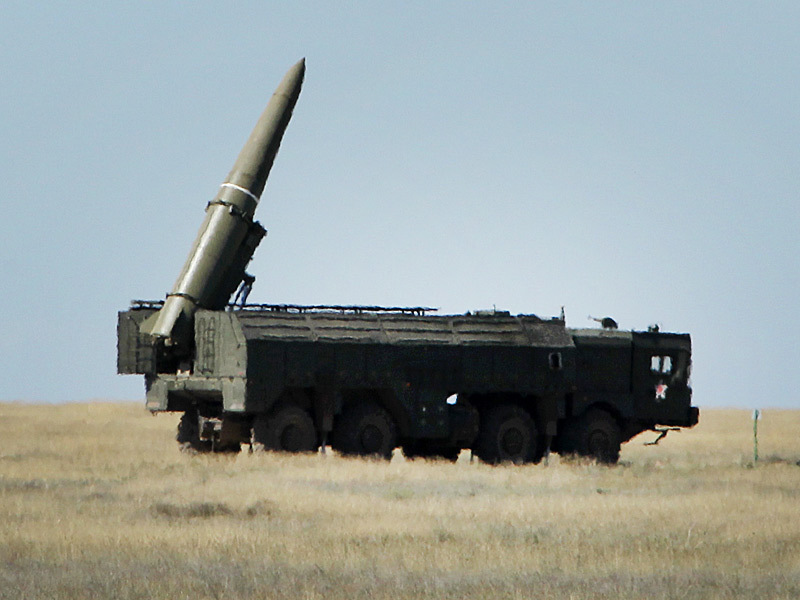 A diverse range of reports arguing Russia may deploy Iskander ballistic missiles (capable of being loaded with nuclear warheads) to Syria have been circulating, at least, since February 2016. However, no video or photo-proofs have been provided yet. 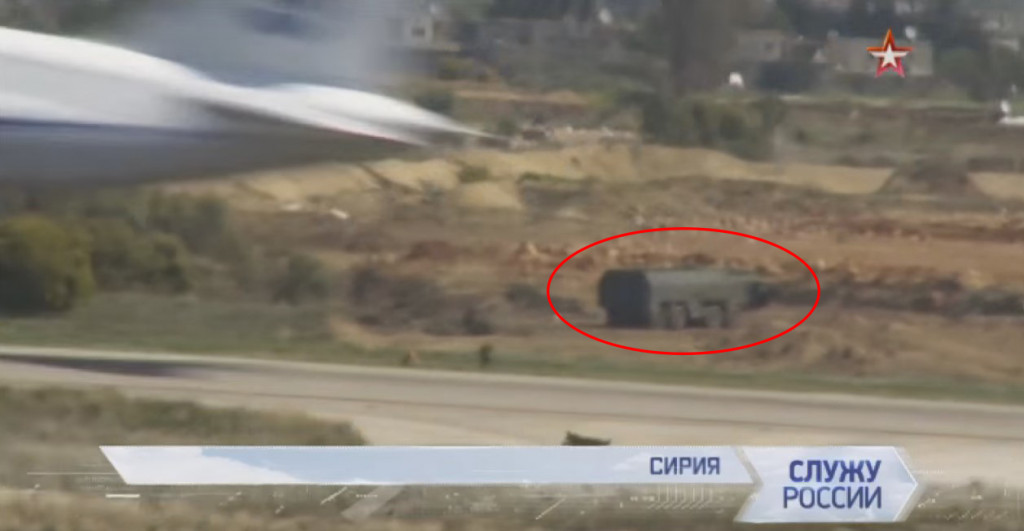 1 picture isn’t enough to confirm such thing for sure. Nonetlhess, the vehicle from Zvezda’s video looks very similar to that what is used in the the Iskander system:

An example for comparison

The infographics below shows the capacity of the “Iskander” system if it’s deployed at Khmeimim Airbase: 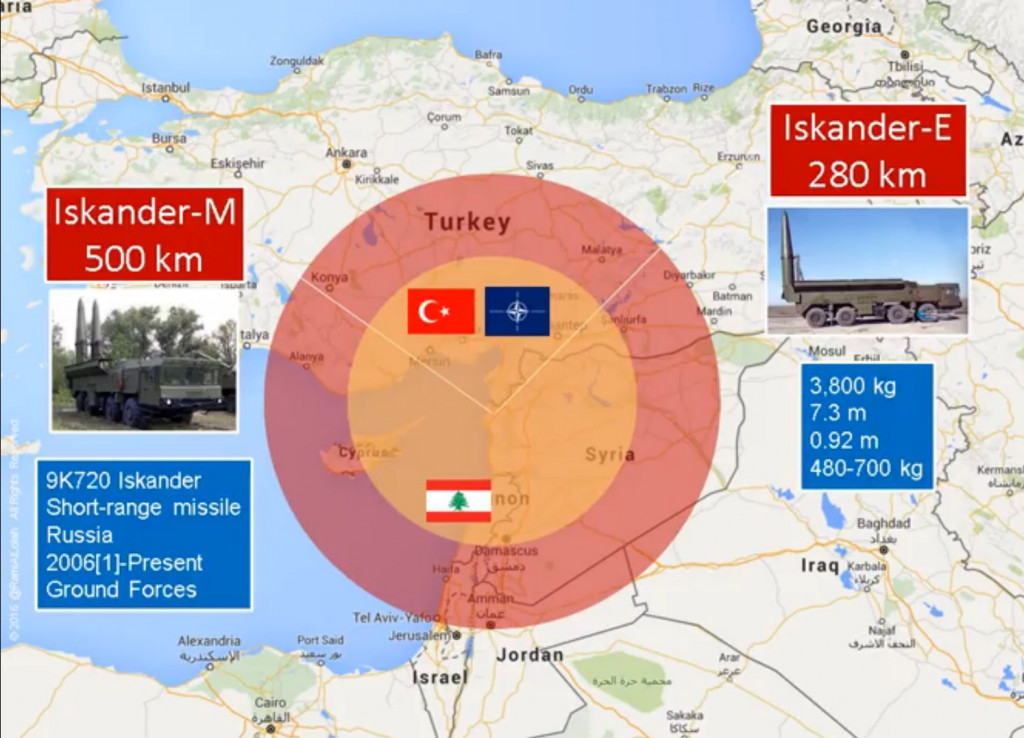 The Iskander (NATO designation SS-26 Stone) short-range ballistic missile is a successor to the Oka (SS-23 Spider), which was eliminated under the INF Treaty. It was first launched in 1996 and was initially designated by NATO as the SS-X-26. It is considered the most advanced missile of its kind. The Iskander-M missile system was officially adopted by the Russian Army in 2006…

The Iskander road mobile missile system is equipped with two short-range ballistic missiles, which substantially increases firepower of missile units. Each missile can be targeted independently. These missiles are capable of hitting moving targets, as target coordination can be adjusted while the missile is in-flight. The Iskander has several different conventional warheads, including cluster, fuel-air explosive, bunker-busting and electro-magnetic pulse. It can also carry nuclear warheads despite the fact that this will violate INF treaty. Maximum range of fire is 280 km for the export version and 400 km for the Russian Army version. Minimum range is 50 km.

The Iskander was designed to overcome air defense systems. Missile files at supersonic speed, excessively maneuvers in the terminal phase of the flight and releases decoys. In some cases this ballistic missile can be used as an alternative to precision bombing.

Missiles can be launched 16 minutes from traveling or 4 minutes from highest readiness. The second missile can be launched in less than a minute once the first missile is launched.
The transport-erector-launcher (TEL) vehicle uses MZKT-7930 Astrolog 8×8 high mobility chassis. It is powered by the YaMZ-846 diesel engine, developing 500 hp. Vehicle can be airlifted by the An-124 transport aircraft.

The Iskander TEL is supported by a reloading vehicle, based on the same 8×8 chassis, which carries two reload missiles. Full missile system also includes command vehicle, information preparation vehicle, maintenance and repair vehicle and life support vehicle. All of these vehicles are based on KamAZ 6×6 trucks.

Iskander-M – 9M273 version for Russian armed forces. Range: 500 km, making it a missile subject to the INF Treaty.[38][39] Flight altitude up to 6–50 km, stealth missile, controlled at all stages, not ballistic flight path. The intense maneuvering on takeoff and descent complicates prediction of purpose.[40] Rocket all the time is maneuvering during the flight.

-They are not the same at all. Look at the tires and the front construction of the automobile. The real missile launcher has 4 large tires on each side that are very spaced out on both versions. And the front is very very squared. -The photograph is of a smaller automobile. 4 tires close together, with a conned, sharper, less square front end.