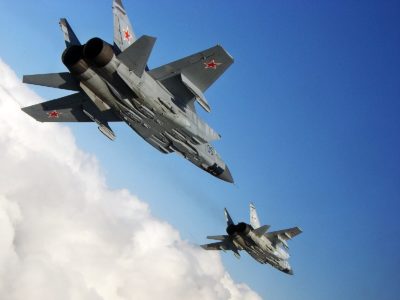 Russia has delivered 6 MiG-31 fighter jets to Syrian government to help the Arab country in its battle against militants.

The Mikoyan MiG-31 is a supersonic jet, and one of the fastest fighter planes in the world. Jets have a target range of approximately 200 kilometers.

Russia delivered the fighter jets to the Syrian government according to the deal signed in 2007. The deal features the sale of a total of 8 MiG-31 jets.

Russia is pushing for a broad international coalition in the fight against the ISIS in Middle East, inlcuding Syria.