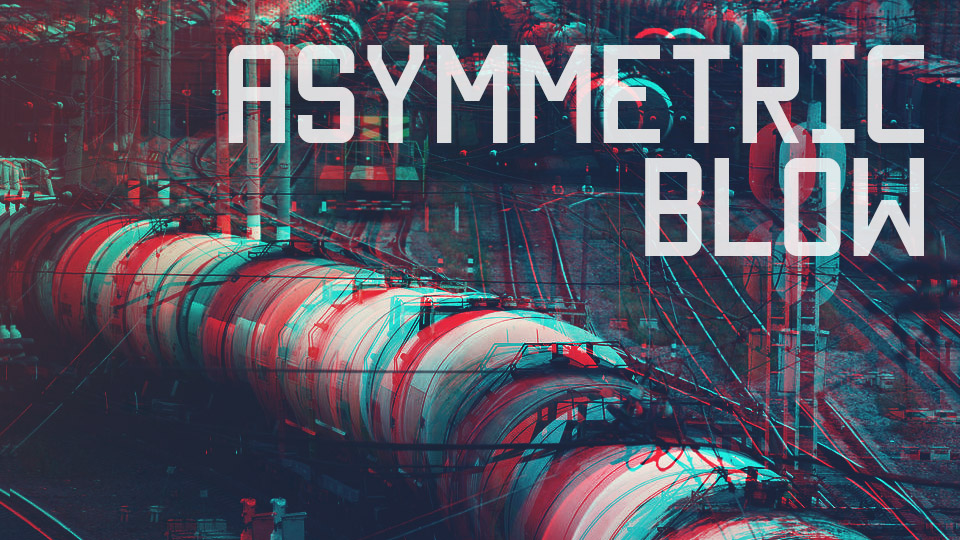 On April 10, the Ukrainian government expanded list of goods banned to import from Russia. By this decision the embargo was extended to formalin and carbamide-formaldehyde concentrate, springs for freight wagons, electrical equipment for railway automation and communication devices, and electric conductors for voltage above 1000V. In addition, another resolution imposed sanction on the import of glass containers, including cans, bottles for food and beverages, containers and other similar products.

This move became the continueation of a series of previous restrictions imposed by Ukraine on Russia and Russia-affiliated business. Despite formal declarations, the real impact of the recent and previous Ukrainian actions is minimal because the Russian export in the aforementioned can be neglected.

On April 18, the Russian government came with a sensational declaration in response to the Ukrainian behavior. Prime Minister Dmitry Medvedev announced that he had signed a decree banning export to Ukraine of oil, oil products and coal. Starting June 1, the export of products listed in the decree will require a special one time permit.

The decree also bans the import into Russia of Ukrainian engineering, light and metalworking products.

“The Ukrainian Cabinet of Ministers took another unfriendly step towards our country, expanding the list of Russian goods prohibited for import into Ukraine. Under these conditions, we have to defend our interests and take retaliatory measures,” Medvedev said, according to Interfax.

This unprecedented move will deliver a strong blow to the already weakened economy of Ukraine. In the previous years, Russian oil products were about 36-40% of the Ukrainian market. About 40% of oil products Ukraine was importing from Belarus – in fact, these were Russian oil products under another brand. It is expected that Russia would strengthen the monitoring of the re-export of its oil products by Belarus thus preventing the gray schemes that may allow the Kiev government to avoid the imposed ban.

The remaining Ukrainian industry will suffer most of consequences from the imposed ban. Another group, which would feel the impact immediately, is the ordinary citizens. Taking into account the ban of Russian oil products, the Kiev government would have to diversify its market, most likely buying additional oil products from Azerbaijan or even Iran and other states of the Persian Gulf. This desperate measure would increase the cost of transportation. The cost increase of oil products for the Ukrainian economy would be around 15-20%.

Additionally, it is unlikely that the Kiev government would be able to replace fully Russian oil products in a short period of time. This will further increase the cost of oil products due to the lack of supply in the Ukrainian internal market.

According to experts, Ukrainian citizens would be able to observe a 18-20% increase of the fuel price soon. Currently, one liter of 95 RON in Kiev costs about 28 UAH (1.04 USD). An average monthly revenue of Ukrainian is about 7,000 UAH (250 USD). So, it’s expected that the price of 95 RON would grow to about 1.25 USD per liter. The cost of oil products for the production sector will also grow.

The decision of the Kremlin to introduce the oil export bun to Ukraine ahead of the second round of the presidential election in the country is a clear signal to Volodymyr Zelensky, who can be already assumed as the elected president. [Petro Poroshenko has very little chances to achieve a victory] Moscow shows that it is not going tolerate formal declarations and waits for real actions, which would change the Ukrainian policy towards Ukraine. If the newly elected president introduces changes into his country’s policy, it’s expected that the oil ban as well as other sanctions will be lifted in the nearest future.

But, but… Jewish Comic Zelensky plans to fix Ukraine with the Jewish PM using ‘voting’ and ‘the law’. He has the backing of Ukraine’s top Jewish Oligarch (who fled to Israel after laundering his $5 billion banking bailout loot in the US). Ukraine is 0.5% Jewish. These Russian sanctions against Ukraine are anti-Semitic!

Poroshenko – Jewish Zelensky – Jewish how come an ethnic group representing less than 0.5% of Ukraine’s population is trying to control? Look at America, they control the media, federal reserve, military industrial companies, political lobbies, foreign policy, treasury, hollywood… yet are less than 2% of the population of US

Speaks to the ignorance, stupidity, naiveté (“Christian” Zionists), etc of the citizenry of not only the USA, but obviously countries such as (former economic powerhouse) Ukraine.

and then they have the evangelikas and not only fanatically supporting them that are more than 60% of the population of the country. so in reality are not 2%. So think again in more practical way.

Words: “Jews” and “Jewish” was invented in 18th Century, later used in falsification of older books.

So it is far more fair to use original word: KHAZARS.

Khazaria Empire was today’s Ukraine and Southern Russia. Khazar capital was Itil. Today’s Khazars are thinking that their capital was Jerusalem. It is result of 1200 years of propaganda and brainwashing.

They will buy American products, because they are loyal coksukers.

What is that supposed to mean? The Uki oligarchs? Who is they?

“They” are inhabitants of Ukraine – ukrops en masse.

just another nail in the coffin! ukraine is finished as a country anyway now that it’s been looted down to the bare bones by the morons from moronistan (aka usa – home of the morons) and they, the morons, are just too greedy to throw good fiat money after what is already rotten. poor ukrainians.

This is not way harms the hundreds of British SAS and Mi6 agents working all across the Ukraine. Just makes Ukrainians poorer, and so the SAS and Mi6 can buy Ukrainians easier now for even less money. Ukrainians are effectively slaves to the UK-empire.