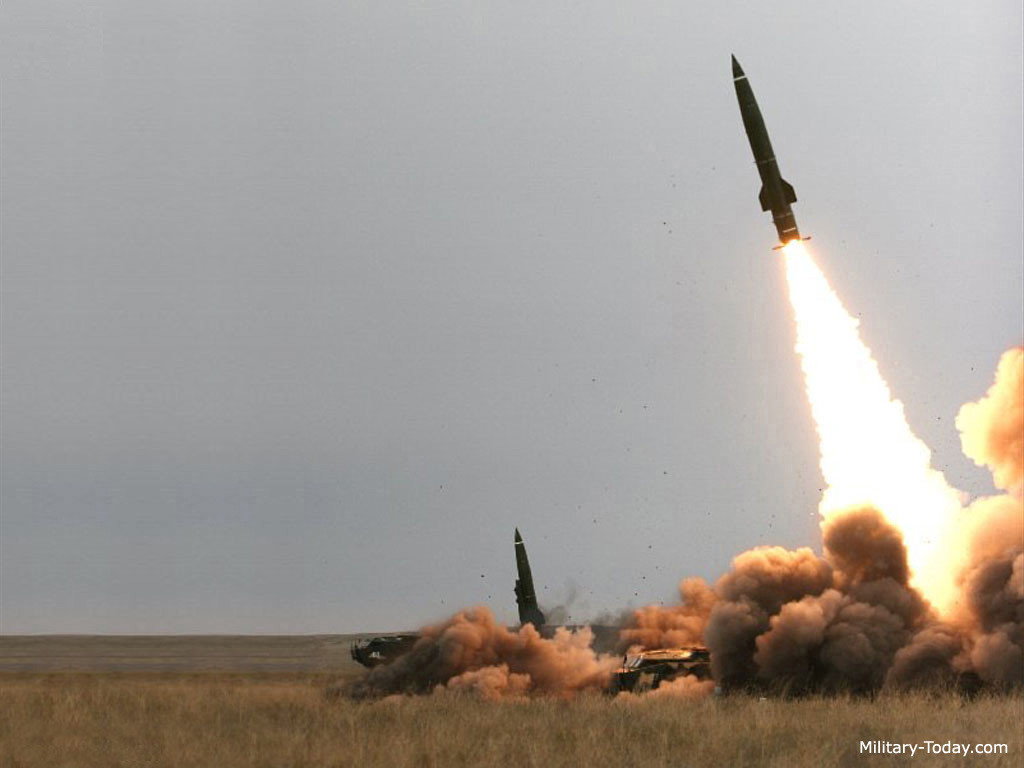 50 OTR-21 Tochka tactical ballistic missiles were delivered to the city of Tartus, where a Russian naval facility was located, by the Russian military within last two days, Fox News reported, citing a US official.

If confirmed, government forces will likely use these missiles to destroy crucial infrastructure belonging to terrorists.

“The shipment of 50 SS-21 [OTR-21] short-range ballistic missiles arrived at the Syrian port of Tartus along the Mediterranean Sea in the past two days, the officials said.

“For someone winding down a war, that’s a big missile shipment,” one official said.

The SS-21, which comes in different types, has a range of roughly 100 miles.” Fox News’ article reads.

The publication also speculates that Russian had fired two tactical missiles (OTR-21) and four long range missiles (SS-26 Iskander) against militant targets in the province of Idlib in the past two days. However, the article fails to provide video or photo evidence of these developments.

interesting. Israel is not going to be happy lmao.

EMP warhead available for SS 21, Exactly what Israel’s Airforce has to worry about.

You think that Putin will let them use the missiles against Israel ? You don’t see the big picture

never said that. it also would be very naive to think that way.

“For someone winding down a war, that’s a big missile shipment,” one (US) official said. That’s a bit rich, given the US allowed Saudi’s to ship anything in range of up to 10,000 TOW-1 missiles systems to their militant proxies in Syria. The Saudi’s re-ordered 15,000 new TOW-2 systems under Hilary’s watch, to replace their transfers. Meanwhile, simultaneously, the US State Department insisted that the CIA themselves only transferred TOW-1 missiles to ‘vetted’ rebels, which whilst technically true, patently ignored the larger reality, that they allowed the Saudi mass transfer.

Soon Syria will liberate the very heart of Syria, the Golan Heights! Jews illegally occupy the Golan, just as they illegally occupy Europe and America. I hope these are just the first batch of Ballistic Missiles, Syria should purchase 500 ASAP. We all know Israel is going to invade and conquer Lebanon, then they will be out to conquer Damascus. Then a dozen years after that they will conquer more of Syria, if the people do not counter attack successfully. https://www.youtube.com/watch?v=_aTBpqcpCuw

How can you be anti-racist yet blame Jews for zionist crimes against humanity? Zionism is a secular, fascist antisemitic ideology, there’s nothing Jewish about it.

because he/she actually works for zionism, either knowingly or not.

Unfortunately Zionists claim to represent World Jewry and the vast majority of Jews today are Zionists therefore some people use the words “Jew” and “Zionist” interchangeably although your point about them not necessarily being the same is correct.

Zionists posing as jews is the biggest lie since the Second World War, we must not let it go unchallenged.

I get your point but it doesn’t help when the majority of Jews support Zionism.

No you don’t; you can’t be Jewish and a zionist. Zionism is a secular, fascist, antisemitic ideology.

As I said I get your point but you don’t seem to get mine. The vast majority of people who self identify as “Jews” support Zionism. That’s a fact. I get they are incompatible but that doesn’t stop the vast majority of Jews from embracing it, that was my point. Not too hard to understand honestly.

There is more to being Jewish than calling oneself a Jew, surely even an American can grasp that? A Jew is someone communicant with the religion, not a middle-class gobshite.

I don’t agree with what you wrote. It is a mistake to claim that Russia is an enemy of Israel or Jews. Russia as a global power is interested in global interests no superstitions.

anybody remember how deployment of the OKA (SS-23 Spider) missiles in Eastern Europe (80ies) made European NATO command shit their pants, and how the spineless Gorbachev proposed the US to unilaterally remove them? Those were interesting weapon systems, not very known, but that significally altered the balance of power in Europe in soviet favor, likely more than the deployment of the SS-20 had done before. the OKAs could basically wipe out the NATO C4 infrastructure and commands in a series of precision strikes. Of course Gorbachev had to retire every single system that gave advantage to the Soviet side, but it’s just history now.

Thanks for the info update. Picture I had of 80s Era targeting was it was not accurate or consistent in guidance.

The recent Kalibr class Naval strike track to Syria really impressed and posits Russia has serious A game now. Some of that knowledge could find its way to assist Iran in their programs, China too.

The recent South Front article on the ELINT/Krashua systems used in Syria Pictures that Russia is signaling ( Pun)…to Empire a peek into their ability. Along with turn USS Donald Duck off… in the Black Sea : )

In a chess move…the US put Jupiter missiles into Turkey, Russia played counter move in Cuba.

Syria. .with Russia’s new bases and the new tech being fielded and tested Appears a chess move vs Empire. If Hezbollah missile arsenal have range and proximity to target , They could EMP Israeli Airbases allong with other warheads. If they had the resolve…they could even Cobalt 60 case the warhead And radioactive/dirty Israeli bases to the degree you walk around for a few hours,.. And it’s goodbye. Jews would be trying to repair runways,fix aircraft, fly them out…while bathing In Cobalt 60.

I Used to do nuclear X ray for weld test on pressure vessels in my 2 decade + Career in oil/nat gas process build. We used Cobalt shot… Usually done on Night shift and sometimes repeated stacked Cobalt shot, The entire shift would be sent home.

Next morning….Pigeons 80ft above shop floor, Are stumbling around on the floor….completely blind.

the Oka had an unique guidance system that functioned like the TERCOM method employed by missiles like the Tomahawk, only that instead of employing an optical sensor (comparing the target area image with those stored in memory) it used a synthetic radar “picture”. That made it an all-weather capable weapon, able to hit within 30m of the target (according to unclassified data). Since it carried a nuclear warhead, the precision was enough to endanger the hardest NATO point targets in Europe, like command bunkers.