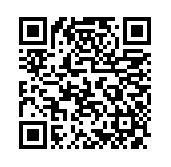 The command of the Armed Forces of the Russian Federation decided to withdraw troops in the Kherson region to the left bank of the Dnieper River. The Russian military will leave the city of Kherson, which recently became the capital of the new Russian region, and nearby settlements, in order to establish a new line of defense along the wide Dnieper River.

According to the Russian Military Command, the decision was caused by military necessity. The Russian grouping on the right bank suffered from supply difficulties, as the crossing of the Dnieper was under constant fire from Ukrainian forces. There was a high risk of the advance of Ukrainian units along the river in the direction of Berislav and as a result the Russian grouping could be encircled.

According to the Russian military command, the withdrawal of troops will be carried out in the near future. Taking into account the steppe terrain of the Kherson region, a strategic withdrawal is a very difficult operation. Ukrainian forces will make every effort to inflict maximum damage on the retreating Russian forces.

The situation on the fronts of Kherson has changed little so far. According to preliminary reports on the morning of November 10, Russian units have begun to withdraw from positions in only one direction. It is reported that Ukrainian units took control of the villages of Pravdino and Kiselevka.

On other fronts, the Russian army continues to deter Ukrainian attacks. Heavy fighting has been ongoing since November 8 in the area of Snigirevka, where Ukrainian forces were able to gain a foothold on the northern outskirts along the railway tracks. On November 10, Ukrainian units made another attempt to storm the town, pulling additional reserves to the site. It is reported that Russian servicemen repelled the attack, destroying at least a dozen armored fighting vehicles and a Mi-8 helicopter. So far, reports of Russian withdrawal from Snignirevka have not been confirmed.

Early in the morning, the Ukrainian Army resumed its offensive on the Berislav direction. Ukrainian forces gained a foothold southwest of Dudchany, but their advance was stopped by minefields and counterattacks by Russian forces.

According to preliminary data, last night Russian kamikaze drones hit objects in Krivoy Rog. The explosions took place in the area of the dam on the Ingulets River, the local military town and in the Central City district.

In turn, Ukrainian forces attacked Kherson and Novaya Kakhovka. The shelling of the ferry crossing in Kherson, where civilians are being evacuated from the city, also continues.

The decision of the Russian military to leave the city of Kherson is another major military defeat on the Ukrainian front lines. It has important military, political and moral consequences. At the same time, it seems to be a measure necessary to save the combat capability of the entire Russian grouping in Ukraine.

Oligarch Russia stinks. The Russian Federation is finished as a power.

For seven months Putin and the other fools in the Kremlin told us all was going according to plan. No troops were mobilized, no defenses were established, no bridges were blown up, all the Ukrop rail lines were left intact. The loses around Kharkiv and Kherson are the results of the Kremlin’s own self imposed foolishness. Obviously nothing has changed and nothing is going to get better with Putin calling the shots.

Oh no the kid finds out how to copy-paste.

Also, as if it matters most of the comments go pfff.

It was not a good military position to be in, backed up against a river. Of course, the correct military approach was to turn the river from a hinderance into a defensive advantage. Russia has still gained an area the size of Portugal! However, there have been mistakes made on the Russian side. They only had some 100k soldiers in the special military operation but have spread them out thinly. Was there even a reason to be west of the river – the only plausible one was to make sure the referendum was fair and covered the capital of the region, to join Russia. Anyways, what will be important to Russia is to demonstrate it can enforce buffer areas around its increased borders. Kherson can serve as an exercise and demostration with regard that.

By christmas the size of Liechtenstein 😂🤣😂

The reason for the soldiers being west of the river is that they conquered it very early with practically no fighting on their road to Nikolaev (Mikolaev). But after they stopped advancing, and the Ukrainians started counter-attacking with artillery and missiles, they fought for months to hold their positions. They didn’t think of retreating when Ukraine did the unthinkable in the summer with the HIMARS the USA sent (DESTROYED ALL BRIDGES ON DNIPER!!!), but their morale fell because they knew in case of a large counter-attack they’d be trapped backed up against the river. After all, the Ukrainians were supposed to mount a large counter-attack, having recreated their Army with newly trained troops by NATO countries, NATO mercenaries, and NATO weapons.

Still, after the counter-attack in September, they realized they could defend effectively the territory with much less losses than the Ukrainians! But when Ukraine targetted the dam (Sept 26 they made some serious damage), then the danger became very high because all ferry routes created by the military on the river would be washed away. On top of that came the piece of info about the “dirty bomb” that cemented the decision to abandon the territory during winter! But I believe we all realize that the territory is abandoned forever.

Ive been supporting Russia since day one but it looks like theyre on the back foot, or theyre pshycologically luring Ukraine into a trap.

The tears of GayPutinButtBois are delicious!

Look at the Orcs running away from AFU again!

Are you trying to invent a new and interesting definition for the word defeat? There was no military defeat. No army was destroyed, it decided to move a little bit to the side. That’s not defeat dipshit.

First reconnaissance group arrived in Kherson today. The only thing stopping the UAF are the minefields.

Joe9211 control yourself and keep the forum alive.

Russia is defeated because it achieved a kill-death ratio of 10:1 rather than 1000:1. It also failed to invade Odessa with all the bridges destroyed behind it and solely relying on boats to supply its forces. Clearly, Russians were supposed to have laser beams coming out of their eyes and disintegrate Kiev by now.

Russia’s setbacks are their own doing.

Hidden corruption in the military has hampered supply -those responsible should be executed as traitors- Putins insistence on a limited military operation (you cannot be a bit pregnant) and the Kremlins unwillingness to mount a covert action against NATOs eyes in the sky.

Sometimes you wonder whose side Putin is on?

This is a withdrawal from a militarily useless area. I think the original idea was to go all the way to Odessa but the high command had to concentrate forces in the Donbass and so could go no further. The ukes concentrated there as Russian troops posed a bigger security risk to them on the west bank of the Dnepr. So in the end Russia said fuck it and is in the process of an orderly withdrawal. Therefore it is not a defeat. The east bank of the Dnepr is easier to defend with less troops. They will redeploy some of their forces elsewhere. The Russian General staff is sober in this regard unlike zelensky’s clowns who throw away men with reckless abandon.

I think it would be much worse if the russians stayed to defend Kherson and ended up surrounded, with the great losses that this would entail. Bad military planning and the Russian high command is once again in evidence. But it seems that some here do not remember that some goat herders with weapons from the last century kicked NATO in the ass in Afghanistan a year ago.

Of course obviously, all throughout this conflict Russia has protected not only the citizens of Ukraine but their own soldier’s lives from suffering unnecessary casualties. Russia is cruising to victory with minimal losses, Ukraine is in shambles, the US is now desperately seeking backdoor deals saving face and western European leaders of the newly elected governments of Italy will no longer send anymore weapons or aid to Ukraine. The UK will not be sending anymore money to Ukraine either it was stated today as the UK is more broke than Detroit, Michigan. Everything is falling apart for Zelensky. Winter is approaching and Russia’s reinforcements are arriving. Check mate Russia.

GayPutinFanBois are on Suicide Watch… heheheh

Russian soldiers running away like cowards – nothing new here 😆😆😆

I prefer napalm — because, after all …… I LOVE THE SMELL OF BURNT UKRAINIAN IN THE MORNING !

People are so fuQ$king dumb. Russia has been evacuating all the people of Kherson for weeks now. Russia does not care about land acquisition in Ukraine all they care about is protecting the citizens of Kherson, Crimea and the Donbass. The Ukrainians have been trying to blow up the dam so obviously a responsible army evacuates and protects its citizens. Russia also cares about their own soldiers unlike the Ukronazi junkie government who sends their forced 55 year old conscripts to rush the front lines berzerker suicide style to get blown up by Russian artillery shells. Thank God there is an army in this world that fights both compassionately and with respect for human life. Russia will prevail, it already has won the world over as every single day more and more nations join BRICS and turn their backs on Ukraine and the dirty empire of Zionazi lies. Slava ZZZZZZ

It isn’t a defeat, not yet. And it will be a trap for Ukraine forces as they advance. The main problem is if the dam dam breaks. It should be drained to eliminate the problem.