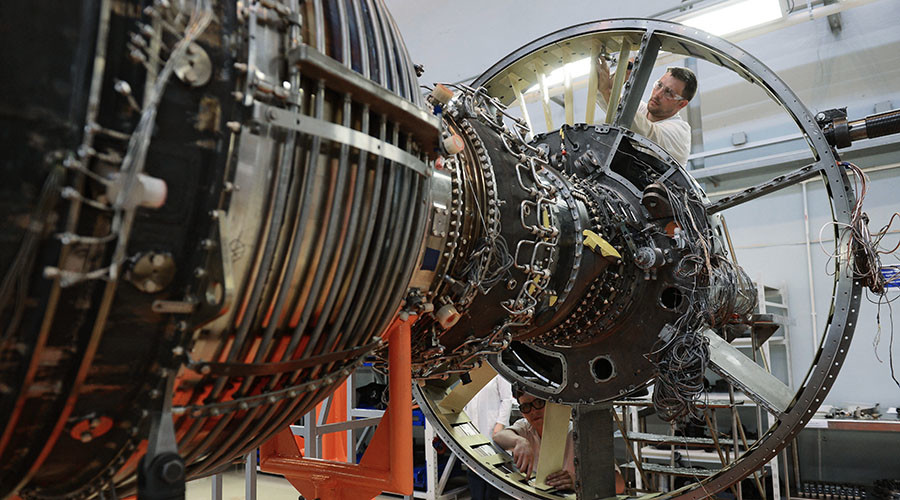 Russia has successfully created a ‘combined aircraft engine’ that will allow sixth-generation space planes to fly in both Earth’s atmosphere and near space at hypersonic speed, RT reported on July 13, citing the commander of Russia’s Strategic Rocket Forces (RVSN), General Sergey Karakaev.

“The know-how allowed us to create a combined [aircraft] power plant that enables switching the engine from an atmospheric flight mode to a rocket mode while flying in space,” the TASS news agency quoted the words of Sergey Karakaev.

The commander of RVSN told the news agency that the new engine had passed live tests and proved operational. He also added that the engine will be showed at Russia’s grand international arms expo, Army 2016, in September.

However, the type or design of aircraft that might make use of such an engine was not precised. But its advanced capabilities allowing flights to near space and back allow us to presume that it could be earmarked for a sixth-generation fighter jet. Earlier, the information about researching and development of a 6G jet in Russia has appeared in media reports.

We do not have much information about the concept for a 6G fighter, but Air Force Commander General Viktor Bondarev said in March that a 6G jet is being designed in both manned and unmanned versions.

According to specialists, the 6G jets will have more capabilities compared to the fifth-generation aircrafts. The 6G jets will be armed with an electromagnetic gun, it will be able to reach hypersonic speeds of about 4-5 Mach, leave the atmosphere, penetrating near space, and then re-enter hundreds of miles away.

According to the TASS news agency, a prototype is expected to make its first flight by 2025.

One problem down now to find material for the aircraft that can take the speed without burning up :-) Don’t get me wrong, this is impressive. In fact, since the Russians are also developing Hypersonic missiles they are probably ahead on this front as well.

Also, a sixth generation aircraft doesn’t have to cruise at hypersonic speed. Being able to accelerate into hypersonic and maintain that for 15 minutes or more would provide a huge advantage over current jets.

Moving at such a high altitude and at a hypersonic speed gives such a kinematic advantage that you could lob simple GLONASS-guided munitions or remote-controlled gliding munitions hundreds of kilometers away. Outside of the range of the USA’s most powerful radars.

It’s kind of interesting to geek out over the ramification of these types of weapons systems, if you forget about some of the implications. The physics really do fundamentally change the way you think about aircraft.

Railguns are another weapons system that I’d put in this class. I don’t know if the will ever be practical but they too have some interesting consequences. No explosive munitions required to be stored. Of course you need a huge energy supply and literally a boatload of capacitors.