It is reported that the UN Special Envoy for Syria Staffan de Mistura has also condemned terror attacks inside Syria. 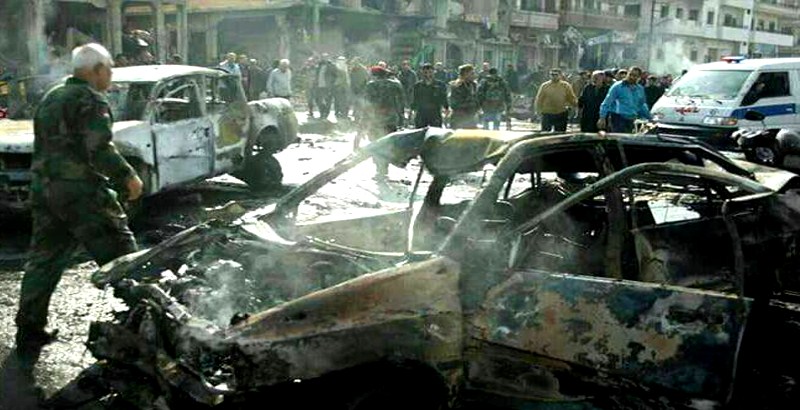 An online statement by the Russian Foreign Ministry Russia has strongly condemned the recent terrorist attacks in Syria.

According to the statement those attacks were an attempt to disturb the efforts to solve the crisis in a peaceful process.

On Sunday At least 104 people were killed after multiple explosions rocked al-Tin Street in the Sayeda Zeinab neighborhood of the Syrian capital, Damascus and Homs.  ISIS terrorists claimed responsibility for the attacks in both cities.

“We are convinced that such abhorrent criminal acts need adequate … reaction from the international community,” the Russian Foreign Ministry said in that online statment.

It is reported that the UN Special Envoy for Syria Staffan de Mistura has also condemned terror attacks inside Syria.

Since March 2011 Syria is fighting a war against foreign back terrorist, according to a new report by the Syrian Center for Policy Research over 470,000 people have been killed so far and injured 1.9 million. The war has been causing a displacement nearly half of the country’s pre-war population which is about 23 million people.