Russia and China have agreed to take further countermeasures in response to the agreement between the US and the Republic of Korea to place the THAAD anti-ballistic missile system on the Korean peninsula. 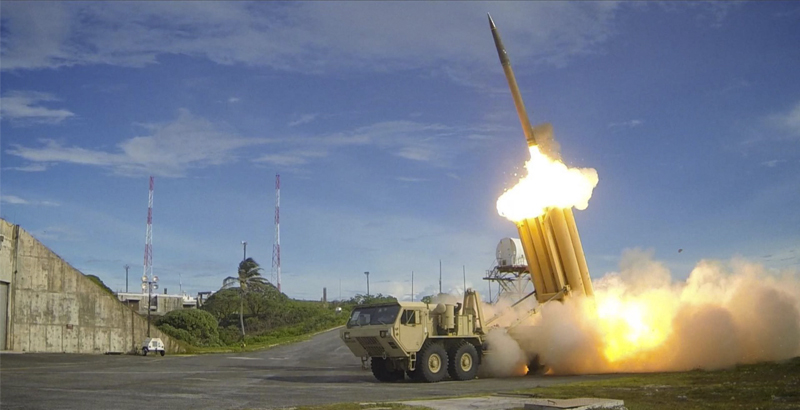 Moscow and Beijing have agreed to take further countermeasures in response to the agreement between Washington and Seoul to place the THAAD anti-ballistic missile system on the Korean peninsula.

As a result of bilateral consultations on security issues, Russia and China have declared their intention to take countermeasures, which “will be aimed at safeguarding interests of China and Russia and the strategic balance in the region,” the Reuters news agency reported, citing the Chinese Xinhua news agency.

The sides also expressed serious concerns in connection with the plans of the US and South Korea to deploy the ballistic missile defense system and urged them to scrap these plans. In addition, Moscow and Beijing said that they intend to hold new military exercises in October 2017.

According to the Interfax news agency, Russia and China noted that the current situation in the area of the Korean peninsula and in North Asia is “complicated and sensitive,” and for this reason, all the sides should show restraint and avoid actions that could lead to an escalation of tensions.

Deputy Foreign Minister Igor Morgulov represented the Russian side during the consultations, while the Chinese side was presented by Assistant of Chinese Foreign Minister (in the rank of deputy minister) Xuanyou Kong.

Washington and Seoul agreed on the deployment of the THAAD system in summer 2016.

So…., what exactly are those countermeasures that they’re going to take? Other then use harsh language of course?

Iskanders, probably. That’s their main purpose after all.

LoL Try to fish for information on the countermeasures?

Why do those countermeasures keep feeling in Syria agianst the Israeli airstrikes around Damascus? Russia shipped tons of anti air systems to Syria.

I think you will find that they will only be used if Russian assets come under direct attack. Then if that happens we have WW3.

It probably wouldn’t come to that, but until 20th they can’t afford to respond. In the end we have Hezbollah to settle the score.

Perhaps, because the Israelis fired from their own territory? What about the flight time of the missiles? Can that limit the response time? That is why NATO troops and missiles in Estonia are so dangerous, about 100km from St Petersburg.

Most of the Syrian airbases and defense system were destroy and that includes the warplanes mostly Mig-21. Syria depend on Russia air-defense radar system. Syria do not have the latest Russian weaponry before the US-backed terrorists invaded Syria. Now Syria have the latest Russian military equipment for its armed forces but not the air force. Once the foreign-backed terrorists is defeated, Syria need to upgrade its air-defense that includes reconnaissance planes and the S-300. Of course not forgetting the latest Russian warplanes. God willing, Syria will prevail in its fight against the Zionists regime in Palestine.

The only countermeasure would be SS-20 in Cuba.

No need. China’s DF-41 ICBM is the world’s longest range missile. Just one of the missile escape America’s anti-nuke missile, that’s it, Americans have to pray that one out of the 10 cities targeted by the 10 MIRVs missiles carried by the DF-41 is not where they live. hehehehe.