Moscow and Beijing have agreed to intensify their joint efforts to oppose the US missile system’s deployment in South Korea. 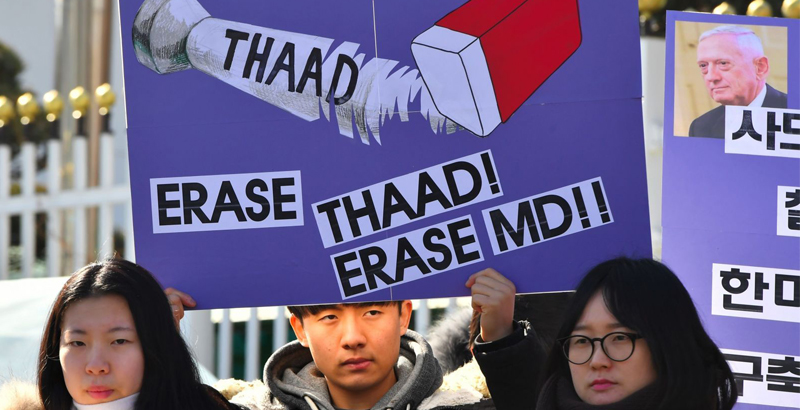 Beijing and Moscow have agreed to build up their coordinated efforts to oppose the planned deployment of the US anti-ballistic missile system in South Korea, as they believe that the move would harm the regional security, the Chinese Foreign Ministry announced in a statement, released on Wednesday.

Last year, South Korea agreed to deploy the US Terminal High Altitude Area Defense (THAAD) on its territory, explaining this with threats, posed by ballistic missiles of North Korea.

The move made China and Russia to concern about a possibility of further destabilisation of the situation on the Korean Peninsula, as well as about the fact that the THAAD might challenge their own security.

In January, the two countries agreed to take unspecified “countermeasures” in response to the THAAD’s deployment.

Meanwhile, earlier this week, the South Korean Defense Ministry, which describe the deployment as a purely defensive measure against “North Korean threats,” signed an agreement with the Lotte Group in order to acquire lands, located to southeast of Seoul, for the missile system’s deployment.

The agreement caused a strong criticism by Chinese state media, which urged to boycott South Korean products, exported to the country, such as cars and telephones, as well as Korean entertainment.

In addition, on Tuesday, Koreans from Seongju County and neighboring Gimcheon, located near the area, which was handed over to military, filed a lawsuit against the country’s Defense Ministry. The residents claim that some legally-required procedures, including prior agreement from local people and an environmental impact assessment, had been bypassed by the ministry.

As the South Korean authorities announced, they expect to see the US missile system, deployed in the country, by the end of the year.

Make as much noise as possible , but that will not stop the US from their deployment . Rather than worry about a nuke end of the game . Russia and China should agree to more boots on the ground in Syria , a small Chinese troop deployment of five thousand , would stop the “chip away the corners”

strategy of the US . If they do not stand together now , they will both fall .