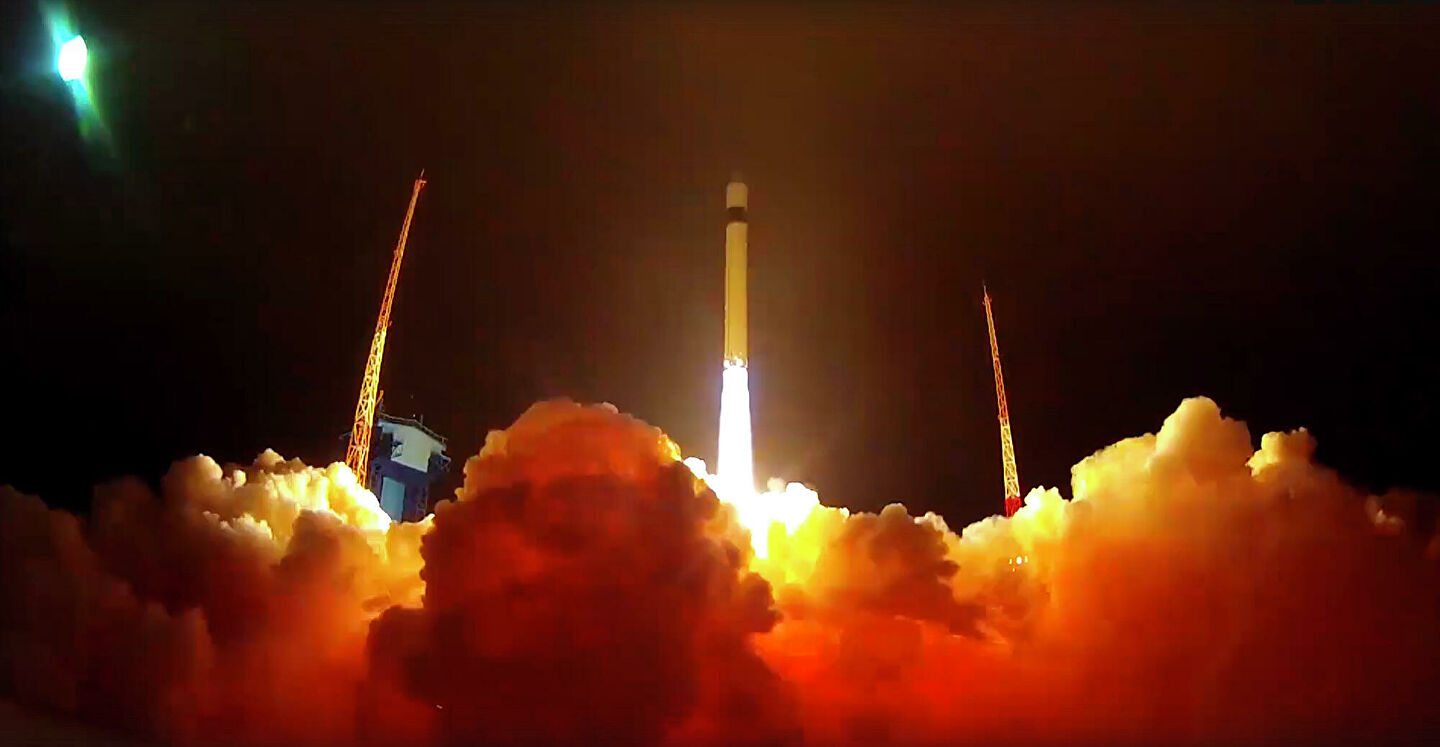 The launch on December 27th from Plesetsk. Click to see full-size image.

On December 27th, at 02 AM (Moscow time) the Russian Aerospace Forces launched the Rokot light space launch vehicle with the Gonets-M communications spacecraft unit and the Alignment Spacecraft Gonets-M from the Plesetsk cosmodrome in the Arkhangelsk region.

The Blitz-M spherical glass spacecraft was also launched into orbit.

The Spherical Laser Reflector “Blitz-M” was created at the Scientific and Production Corporation “Precision Instrumentation Systems”. It will be used as a target for calibrating ground-based laser and radio engineering stations that monitor space objects, as well as for determining the parameters of the planet’s rotation and refining the Earth’s gravitational field.

All prelaunch operations and the launch of the Rokot space rocket took place as usual.

A video of the launch was published:

Deputy Prime Minister Yuri Borisov, however, said that the upgrade of the military constellation of Russia’s satellites was disrupted.

“Maybe I will give out a certain kind of secret. In December at the Sochi meetings, where we seriously discussed the state of the space group in the interests of the Ministry of Defense, there was a very tough, serious conversation,” said the deputy chairman in charge of defense and space.

According to him, Russian President Vladimir Putin ordered the creation of a commission, which “no later than January 20 should report to the president about the reasons that accompanied the disruption of these works.”

The members of the commission also have to “identify problematic issues and find ways to solve them, develop catch-up schedules in order to get into the rhythm and so that such breakdowns do not continue to recur.”

Back in May 2019, Vladimir Putin said the Russian orbital constellation of military and dual-purpose satellites in recent years has been updated by almost 80% and increased by 1.5 times.

“Over the past six years, much work has been done to improve the Russian orbital constellation of military and dual-use spacecraft. Its composition has been updated by almost 80% and increased by 1.5 times,” Putin said at a military meeting in Sochi.

According to him, the ability to effectively solve tasks related to security in space “directly depends on maintaining strategic stability and military parity.”

The general director of Roscosmos Dmitry Rogozin said earlier that the Russian orbital constellation in 2018, as a whole, grew by eight satellites and makes up 156 civilian and military spacecraft.

In late 2019 Russia had a few satellite launches, with most notably one of the satellites going offline, and a satellite inspector being sent to space to investigate the condition of the Russian military satellites.

The December 27th launch was the 25th and last of the space launches of Russia scheduled for 2019. To date, 13 launches have been made from the Baikonur Cosmodrome, eight from Plesetsk, one from Vostochny and three from Kourou. This allowed Russia to take third place in the world in the number of space rocket launches, China is first with 33 launches (31 successful) and the United States is second with 27 launches. Two more Chinese launches are expected before the end of the year.

But China had the 34th launch, last time with Lomg march 5, which is for lunar and martian programs. Russia must hurry up, because will be overrun by other countries.