On January 31, Russia’s Foreign Minister spokeswoman, Maria Zakharova, called on the U.S. to immediately withdraw its troops from the area of al-Tanaf in southeastern Syria.

“We urge Washington to immediately withdraw its troops from al-Tanaf are and transfer control over this territory to the Syrian government, which could take care of its citizens as we see it can do,” the Russian news agency, Sputnik, quoted Zakharova as saying.

The US-led coalition is supposed to withdraw from its base in al-Tanaf as a part of the White House’s decision to pullout all American forces from the war-torn country. However, recent reports said that there are ongoing efforts in Washington to maintain a military presence in the strategic area that controls a vital highway linking Tehran with Damascus.

Beside the base, the US-led coalition is also managing the al-Rukban camp, where tens of thousands of internally displaced civilians are living under poor humanitarian conditions. Zakharova said that Washington is responsible for this situation.

“The full responsibility for the depressing situation in the camp is borne, of course, by the United States, which illegally occupies this zone, and secondly, deploys its military base there, regularly providing material and technical support, while not contributing to the delivery of food and medicine to the residents of Rukban. It is necessary to immediately take measures to resettle the camp,” the spokeswoman said.

Last month, Syrian pro-government activists revealed that Russia had established a military base in the area of Zaza right on the 55km de-escalation zone line around the US-led coalition base in al-Tanaf. The base is reportedly aimed at countering ISIS and pressuring the US-led coalition and its proxies.

Zakharova’s recent statements indicate that Moscow is now willing to step up its pressure on Washington over the unacceptable situation in al-Tanaf.

Never mind at Tanf and stop picking on us, Russia! I’ll tell mom, and I mean it!

Please don’t put more economic sanctions on us, look what you have done to our Ruble!

Sanctions are a form of warfare. The equivalent of a naval blockade in the past. Sanctions should bring a country to it’s knees.

Russia has been under sanction by the USA since 2014.

Over that period their GDP has grown. Their inflation rate has dropped …. so has their unemployment rate to the lowest since the days of the USSR. They are expanding and modernizing their military. Their exports have grown. Their agricultural sector has grown and they are building gas pipelines to Turkey and Germany. They not only build their own naval vessels but they’ve reopened their commercial shipbuilding yards for the first time since the days of the USSR.

They held an olympics and the world cup while under US sanctions for Christs sake.

“Smart people always look at the big picture”….. the big picture is the USA has overused sanctions so much over the last decade that they are considered a joke. Even your NATO allies don’t respect your sanctions https://www.cnbc.com/2019/01/31/eu-implements-new-iran-trade-mechanism.html

That was very brave and stupid maneuver at the same time!

If Russia wants the UK and US and Israel to leave, it is very simple and non violent.
Simply ship 4 batteries of S-400 systems to southern and central Syria. Case over. The US will feel vulnerable and will simply and peaceably withdraw. Case closed.
Russia wants to avoid an Anglo/Zionist war on Iran? Simple…
Ship 4 batteries of the S-400 to Iran, case closed.

I’m wondering how could Putin be so stupid he didn’t hire you as his jester yet.

Im not wondering just how stupid you are.

Do you mean you disagree with his idea?

No, I am just upset the idea didn’t come first to me to sell it to Putin

What brilliant militaristic observation. Russian got means but utilising under Putin and Lavrov is a big embarrassment.Putin plays good man and Lavrov plays being acceptable in western monopoly governments eyes.But your summary is short and to the point.

US troops are already under Russian guns(missiles), Russia fired Kalibr missiles into an ISIS command post that was manned by Israeli American and British officers, from Russia and they can do the same to al Tanaf.
What would Russia shoot down with its S400, stealthy grunts?

Wait a second….. IF coalition troops were in an ISIS command post, then its not the same as say Russia firing on a coalition base!

Russia and the USA could easily attack each other in the blink of an eye! So just leave it at that!

People on this site need to start making more realistic comments!
I like Russia! But everyone on this site literally has their Tongues up their ass!
Russia is playing it safe and letting the other escalate so they can logically respond without blame!

Yes Russia has Iskanders there, But it aint like America doesnt have advanced weapons either!
Russia won this war in 2015! The day they got involved! USA knew it was a “red line” and they know that in order to win in Syria, a world war would need to take place! Thats not gonna happen!

Might be seen as an escalation though!
They said they would leave! If they suddenly go back on their word, then Iran should flood syria with IRGC!
Remember, they wanted Iran to leave! If USA doesnt leave, then Iran wont leave either! Its a perfect payback!

as if the Yanks are the type to leave when asked to..

Haven’t we been over this already? The US won’t abandon the local Rebels and these Rebels aren’t going anywhere. 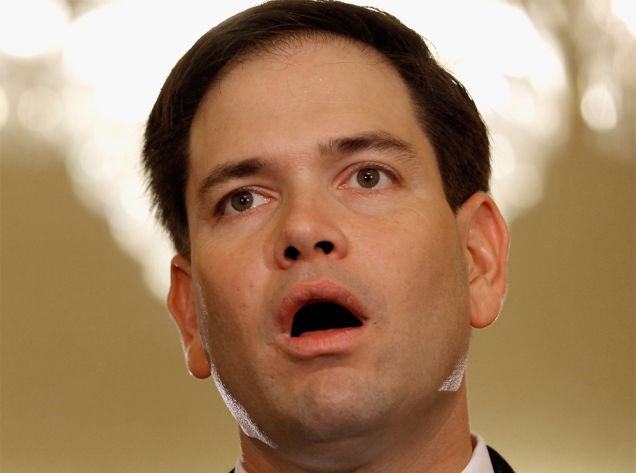 stayed long enough…pack your things and get lost.

Exactly. The Yankers are not guests . They wont leave like gentlemen. They are squatters coming into your house,feeling up your wife and eating all your food. They need to be kicked out with blows.

“feeling up your wife”

Only if it’s females. Or males in high heels.

Haha. You are present company of course and thus excluded. Lol
You as rapist of course not as victim.haha

exactly but they will demonstarte their force if you try to kick them out…remember when saa chased isis near the sdf ‘occupied’ territory….us came to the resque and murdered 100s of Russian personnel…’contractors’….it was a show for the rest to see…….imagine what will happen if you try to attack their base fulled with Us troops and ‘allies’.

The Russians say it did not happen.
Even if we assume it did,war has costs. If Russia wants the US out it may need to show force and shell the headchoppers all the way to the Us base walls.

Well, just bla bla bla because the have to say something.

OH what a revelation!!! Hahaha…Took a while but hey the cats out of the bag now Israel…https://www.veteranstoday.com/2019/02/01/israel-just-admitted-arming-anti-assad-syrian-rebels-big-mistake/

“The original story was from Haaratz. Not CNN, or FOX or NBC.”

that is valid for most of the “but perhaps the US isn’t withdrawing from Syria after all” news we’ve seen since Trump’s announcement.

Well Im thinking we might see this happening sooner rather than later. Adios gringos.

Until a some sort of mutual security arrangement/pact can be organised between Israel and Iran nothing can happen with the base at Al Tanf, it’s way too important for Trump as a bargaining chip to be squandered off for little or no return. Trump needs the Iranians to leave Syria to make the Israelis happy, and Assad wants his town and highway back, so I think Putin will be expected to broker the deal between all the parties to give them all what they want, and he can do it, he can actually give them everything they want, it’s not as impossible as most of us would believe, the only sticking point for achieving a good resolution for all these parties now is Erdogan, until his forces leave northern Syria, the Iranians won’t leave either.
I keep saying that all the parties had already come to a mutual arrangement before June last year, that’s when I think all the parties except for Erdogan were happy with whatever arrangement they’d come to, and all of them more than ready to start winding down the war. But Erdogan was the one who refused to pull his troops out, and ended that secret deal we didn’t hear anything about in the media, but should have been aware of due to the change in stance from all parties except for Erdogan, it went from “Assad has to go” and in the flash of an eye it became “Assad can stay”, only Erdogan kept to the old mantra, “Assad’s a murderer”, “Assad kills his own people” “Assad helps terrorists”, “Assad has to go”.
I hate to say it but, until the Turks pull their troops out of Syria, which will allow the Iranians to pull out their troops too, that base at Al Tanf will be held back as a bargaining chip. For my way of thinking the only problem they all now face is Erdogan, the Syrians/Russians/Iranians/US/Israelis/Arab League/ and the EU all have to find a way of getting Erdogan out of Syria first, when that happens everything can all just fall back into whatever arrangement they had pre June last year, when they were all happy.
But the Iranians have developed better, faster/more accurate/longer range ballistic and cruise missiles since then, the dynamic may have changed to Iran’s favour since the June 2018 deal, the one I believe they had agreed to and were all happy with, a new deal if they make one, will have to take Iran’s new capabilities into account in any new renegotiations, but that’s only if the problem of Erdogan the conqueror is solved first, he’s the only sticking point left to deter a new arrangement being made that will again make all parties happy.
Erdogan has to go.