Russia is going to step up its fourth Sunflower (Podsolnukh-E) radar system, capable to detect US stealth aircraft, in the Arctic this year. 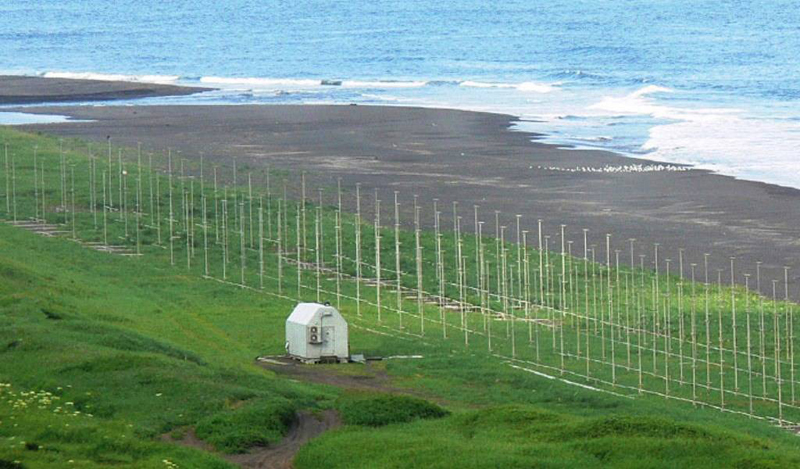 This year, Russia plans to step up its fourth Sunflower (Podsolnukh-E) radar system, which, according to Russian experts, is capable to detect US stealth aircraft, such as В-2 Spirit, flying over the ocean at a height of 500 kilometers, the China Topix informational website reported.

As the website reported, citing sources in the Russian Defense Ministry, the new Sunflower will be stationed in the Novaya Zemlya archipelago in the Arctic Circle. China Topix noted that the archipelago notorious as a place of the most large-scale tests of nuclear weapons. So, in the days of the former Soviet Union, 224 nuclear explosions had been implemented there before 1990.

According to the media, Russia intends to build six over the horizon radar systems in the Arctic.

“The Podsolnukh E is a coast-horizon shortwave short-range radar system that is capable to detect both air and sea targets, approaching to it from the sea. It can simultaneously detect, track and classify 100 aerial targets and 300 maritime targets in an automatic mode,” the article reads. “A distinctive feature of the Podsulnukh is its mammoth antenna array up to five kilometers long and five meters tall that can identify aerial targets 500 kilometers away and sea targets up to 400 kilometers away.”

The system is capable to transfer coordinates of a target to various weapon systems, such as fighter jets, vessels and antiaircraft missile batteries. The Sunflower can detect stealth aircraft, such as the American F-35 super-expensive modern multirole fighters, “as clearly as aircraft of the WWII era,” the author of the article writes, citing Russian sources.

According to the article, the fourth radar system “can become operational in 10 days and needs a team of just three people to remain operational.” The systems must be placed at a distance of 370 kilometers from each other in order to ensure full coverage.

Currently, Russia has three Podsolnukh-E radar systems, which are operating in the Sea of Okhotsk, in the Sea of Japan and in the Caspian Sea. However, these stationary systems can be easily detected due to its massive radar towers. 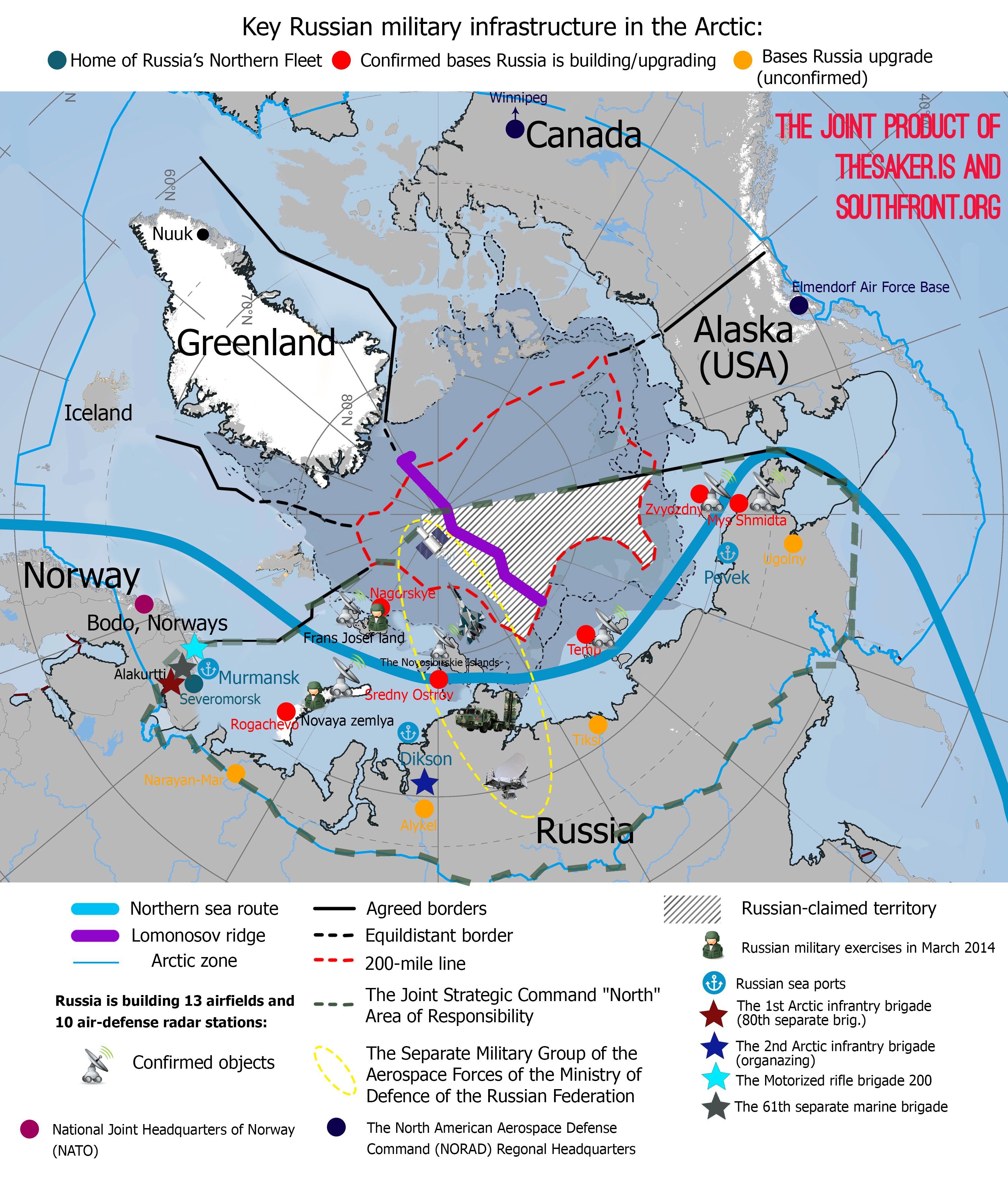 The Arctic shelf is the one of the reasons why the United States would like to destabilize Russia. The Arctic contains up to 30 percent of the world’s oil and gas. As technologies have advanced, more and more of hydrocarbons have become recoverable and viable. The stretch of sea can also provide new shipping lanes for goods traveling between Asia and America and Europe. Hoping to get its hands on the entire Arctic, Washington is militarizing the region and reportedly wants to bring regime change in Russia.

In 2014, the Arctic Joint Strategic Command “North” was established by the Russian military on the basis of the North Fleet, then reinforced with manpower and hardware from the Western, Central and Eastern Military Districts stationed in circumpolar areas. Russia is also in the process of building of 10 airfields and 13 air-defense radar stations in the Novoribirskie Islands, Frans Josef Land, Novaya Zemlya and other points of Russian Arctic.The ground element of the command will incorporate two Arctic motorized infantry brigades, Air Defense forces consisting of Pantsir-S1 missile and other systems and the Northern Fleet will become its main striking force. Furthermore, by 2017 the Tiksi airport complex will be operational, and it will be garrisoned with upgraded MiG- 31 interceptors

The next important thing is that Russia has established the Independent Military Group of Aerospace Forces in the Arctic region. The Aerospace Forces as a new branch of the military was activated on the 3rd August. They have been formed by the merger of the Russian Air Force (VVS) and the Russian Aerospace Defense Forces (VKO). The VKO is responsible for providing airborne protection of the country; to be able to defeat opposinf forces using both conventional and nuclear weapons; to provide aviation support for the other armed services; protect against ballistic missiles; provide early warning; launch military and dual-use satellites; maintain military satellites; and monitor, identify, and protect Russia from space threats.

The U.S.-Canada North American Aerospace Defense Command (NORAD) is a vital opponent of Russian VKO in the Arctic. Officially defensive combined organization NORAD publicly states that it is ready to hit any targets and prevent threats in zone of its responsibility. Indeed, the defensive U.S.-Canadian organization claims its zone of responsibility includes all Arctic region including Russian coast.

Perhaps it is used to monitor the satellites as well? No? This is at least some decent info, there is not much else out there about the system, nothing in detail anyway. It would be nice to have a follow up if and when more info is made available ?

Yeah I could give a crap about politics (especially from this source), I want wavelength, range, tech type, how it’s able to do what it claims to do, etc.

Was thinking about this today, the point of view in this article about land grabbing is pretty archaic, stemming from an age when resource extraction made up a large part of the economy (100 years ago). Today, the important things countries fight over are tech companies, patents, tariffs, etc. The artic is pretty small on the scale of the internet, healthcare, etc.

They need to find a way to mobilize these radars and keep them linked at the same time. Stationary radars are sitting ducks.