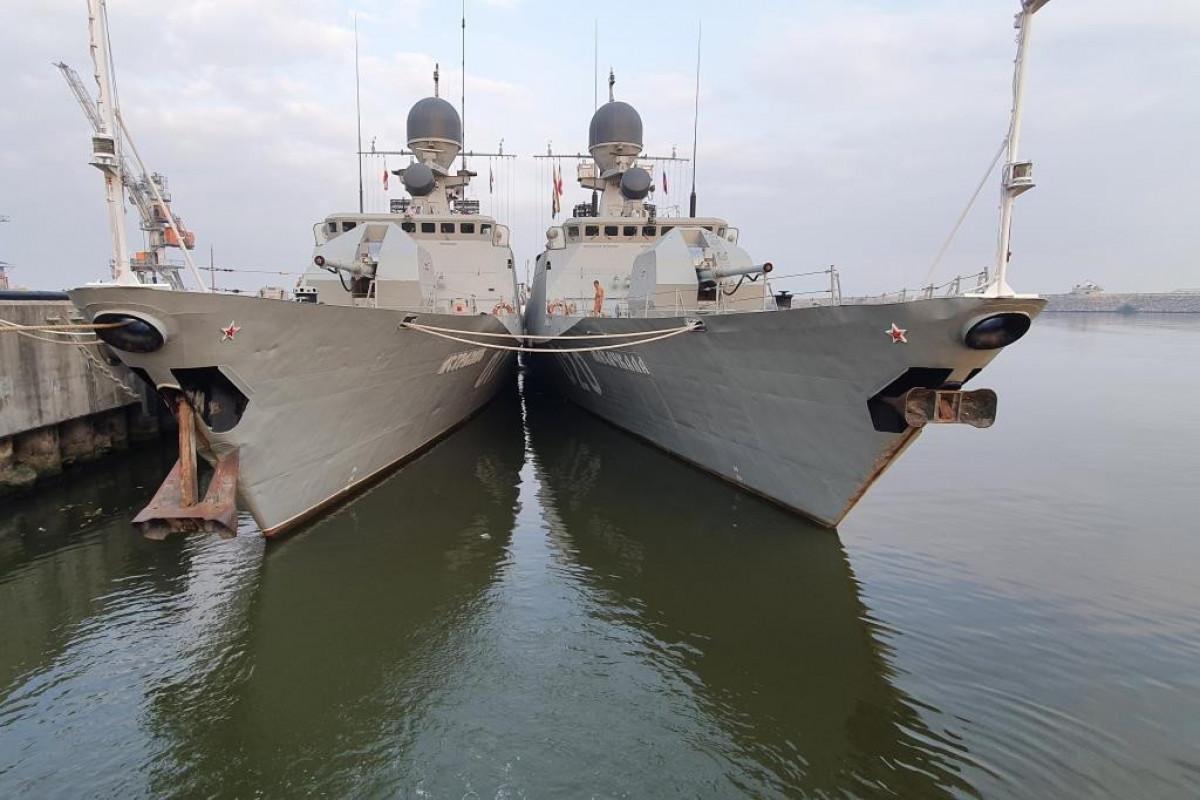 Warships from Russia, Azerbaijan, Iran and Kazakhstan will hold joint naval exercises in the Caspian Sea in early September after the end of the Sea Cup competition, Rear Admiral Sergei Yekimov, head of the Russian delegation, deputy commander of the Caspian Flotilla, told reporters on August 31st.

“Immediately after the completion of the Sea Cup, we will hold joint exercises, in which the warships of the Russian Navy, the Iranian Navy, Kazakhstan and Azerbaijan will take part. For several days we will work out joint actions here in the Caspian Sea,” said Yekimov, quoted by the press center of the International Army Games.

In the competition “Sea Cup” ARMY-2021, which is being held for the first time in Iran (in the previous few years Azerbaijan was the host country), small missile and artillery ships of Azerbaijan, Kazakhstan, Iran and Russia take part.

“Sea Cup” consists of six stages: naval training, damage control of the ship (sealing holes) on a coastal training simulator, rescue training, destruction of a floating mine from a machine gun and artillery shooting for sea and air targets.

The fourth stage of the Sea Cup competition took place in the area of the Iranian port of Anzali.

Teams from Azerbaijan, Iran, Kazakhstan and Russia have practiced firing at a sea mine.

According to the results of four exercises of the competition, the Iranian team takes the first place, followed by the Caspian sailors, the third and fourth places are the crews of the ships of the Kazakh and Azerbaijani naval forces, respectively.

The military contest was opened with a parade featuring participating countries on Tuesday evening. The event was attended by the deputy commander of the Iranian Navy, the commander of the Northern Fleet and the Fourth Marine Region of “Imam Reza” Anzali, the director-general of the Ports and Maritime Administration of the northeastern Iranian province of Gilan, and other officials.

The executive stage of the competition began in Anzali on August 25, with various combat exercises and naval training.

“This event, which is aimed at increasing the skills of navy forces, consists of 6 stages, including surface shooting, aerial shooting, minefield shooting and buoyant control in the sea, and 2 stages of survival at sea and control of injuries on the seaside,” Iran’s IRNA news agency reported.

The “Joshan” and “Peykan” missile launcher vessels from Iran, the “Mangistau” and “Saryarka” vessels of Kazakhstan, the “Makhachkala” and “Astrakhan” warships, and the 738 SB ceremonial tug belonging to the Russian Caspian Fleet were involved in the “Sea Cup” military drills.

The “Sea Cup” international military competition is being held as part of the International Army Games-2021 and will last 13 days.

Earlier, Iranian Navy Commander Rear-Admiral Hossein Khanzadi said that hosting such international competitions shows the authority of Iran. He further added that “these competitions are a special opportunity to provide individual and group military capabilities as well as to achieve a higher level of capabilities in specialized areas.”

Where are Russian orthodox allies? Well, they screwed them all up, that’s why Russians are now in such a beautiful islamic company. They must pause the exercise five times a day just to pray to Allah. We can only imagine what would the mutual “victory” of such associates look like. So where are the Armenians, Georgians, Bulgarians, Serbs, Greeks, Romanians….The only allies that are actually missing are the Croatian fascists whom Russia supported throughout the war in the Balkans not only to please the western “partners’ but to bring down and dismember the orthodox Serbs. Drink your bitter potion to the bitter end.

You are right, Putin is a Zionist controlled opposition.