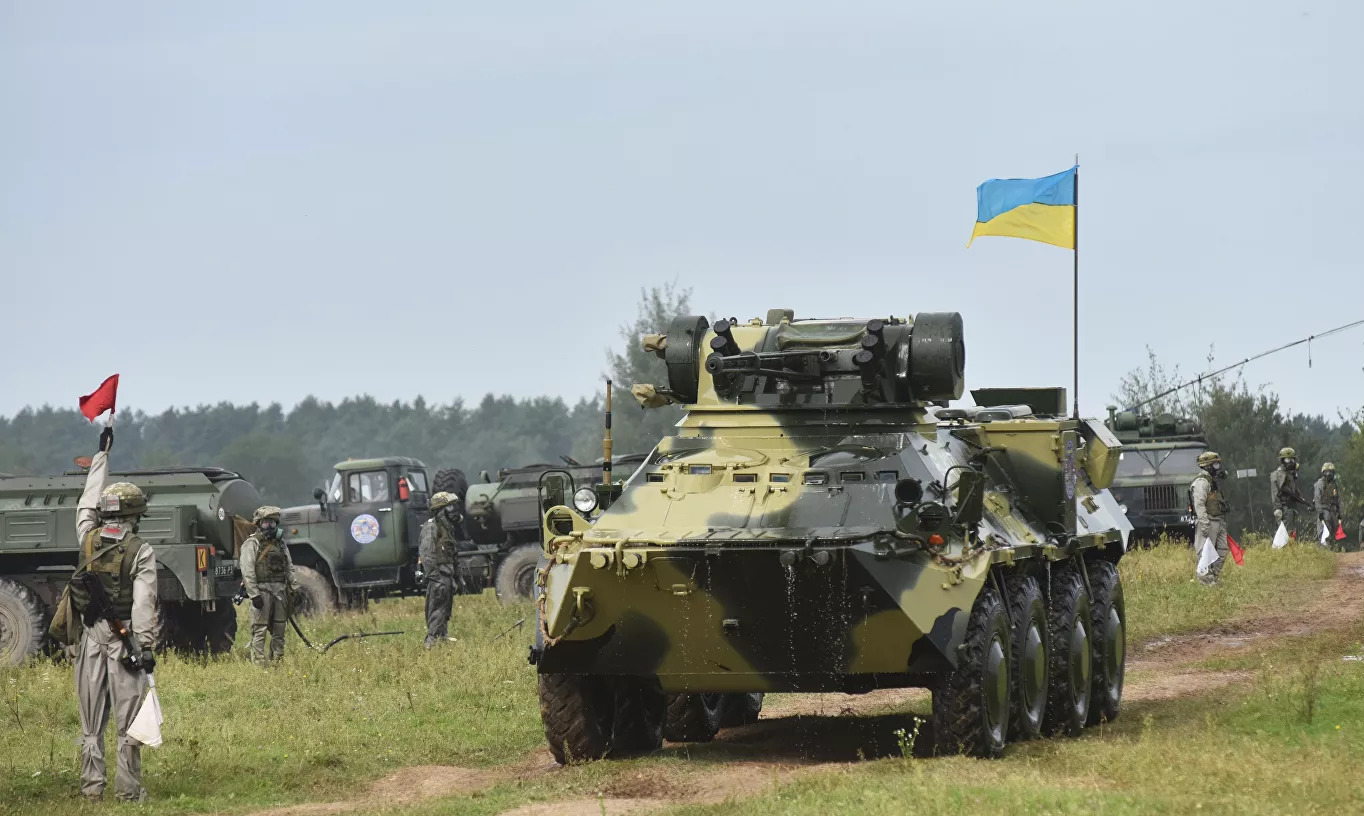 Russia knows about Kiev’s military preparations, hopes that reason will prevail and that it will not come to hostilities, Russian Deputy Foreign Minister Andrei Rudenko told reporters.

The conference of the Valdai Club “Russia and Uzbekistan facing the challenges of development and security at a new historical stage of interaction” is being held in Tashkent on September 20th, organized in partnership with the Institute for Strategic and Interregional Studies under the President of Uzbekistan.

“We know about these military preparations (of Kiev), we know about the assistance that Kiev receives from the United States and other countries,” Rudenko said.

According to him, “it is difficult to predict something with the current leadership in Kiev, nothing can be ruled out.”

“But all these things are taken into account in our military planning. We hope that after all, reason will prevail in Kiev and that the military scenario, including the Donbass scenario, will not reach,” the Deputy Foreign Minister stressed.

Meanwhile, Kiev should not count on Washington’s help in the event of a war with Russia, former US Ambassador to Kiev John Herbst said.

He noted that the White House can provide Ukraine with equipment, but not with troops.

“If the situation changes radically, maybe, but today I don’t see it,” the ex-diplomat said.

However, he admitted the likelihood of Russia’s disconnection from the SWIFT international payment system.

Speaking about Ukraine’s membership in NATO, Herbst noted that he does not see it among the members of the alliance neither in five nor ten years.

However, in his opinion, this is possible if “something radically changes.”

Russia has repeatedly stressed that it has no aggressive intentions towards any countries. At the same time, Moscow is observing unprecedented NATO activity at its borders. The North Atlantic Alliance regularly conducts exercises and simulates battles with the Russian army.

Press Secretary of the Russian President Dmitry Peskov noted that Moscow does not pose a threat to anyone, however, it will not disregard actions potentially dangerous to its interests.

Separately, there are reports that the US may deliver an Iron Dome defense system to Ukraine.

The Iron Dome missile defense system, which the United States can transfer to Ukraine, will increase the combat capability of the Ukrainian army, said Oleksiy Arestovich, advisor to the head of the Ukrainian presidential office, spokesman for the Kiev delegation to the contact group on Donbass.

Earlier, Politico newspaper wrote that several US congressmen included in the defense bill for 2022 an amendment that provides for the sale or transfer of new air and missile defense systems to Ukraine, including the Iron Dome batteries, which are currently used by the US army.

Arestovich expressed the opinion that obtaining such systems would be important for Ukraine.

“The main thing here will be if it is reported that Ukraine receives weapons of the most modern models, an increase in the combat ability of the armed forces of Ukraine as a whole, and will be able to cover either two key cities, or two defense facilities, or two facilities, or maybe more, of critical infrastructure,” he said.

According to Politico, the United States does not have many air and missile defense batteries that could be sent to other countries. An employee of the congress noted that the two batteries of the “Iron Dome” purchased from Israel are the main candidates for being transferred to Ukraine, the newspaper writes.

The US is done studying the Iron Dome system and is ready to get rid of it — to a low-end vassal.

Kiev with K of Kabul….if Russian troops enter in Ukraine we will see the same scenario..it is Nazis gangs, corrupt pro western politicians fleeing towards Poland!

Actually i hope it does turn hostile then the Nazis in Kiev can be taught the final lesson.

If Ukraine wants to commit suicide, let them. Russia will not hold back this time.

Next stop Kiev. CIA-t-rolls and Ukropnazis will cry and rage 🤗

Iron dud is very scary. It can barely take out Chinese fireworks.

If they try anything funny this time, they will lose lot more than before, if they attack crimea and donbass at the same time they will be turn into landlocked country after losing entire south to border transnitria, kherson, donbass and entire russian border to dniepr river near kiev