A story about the relations between Russia and Poland 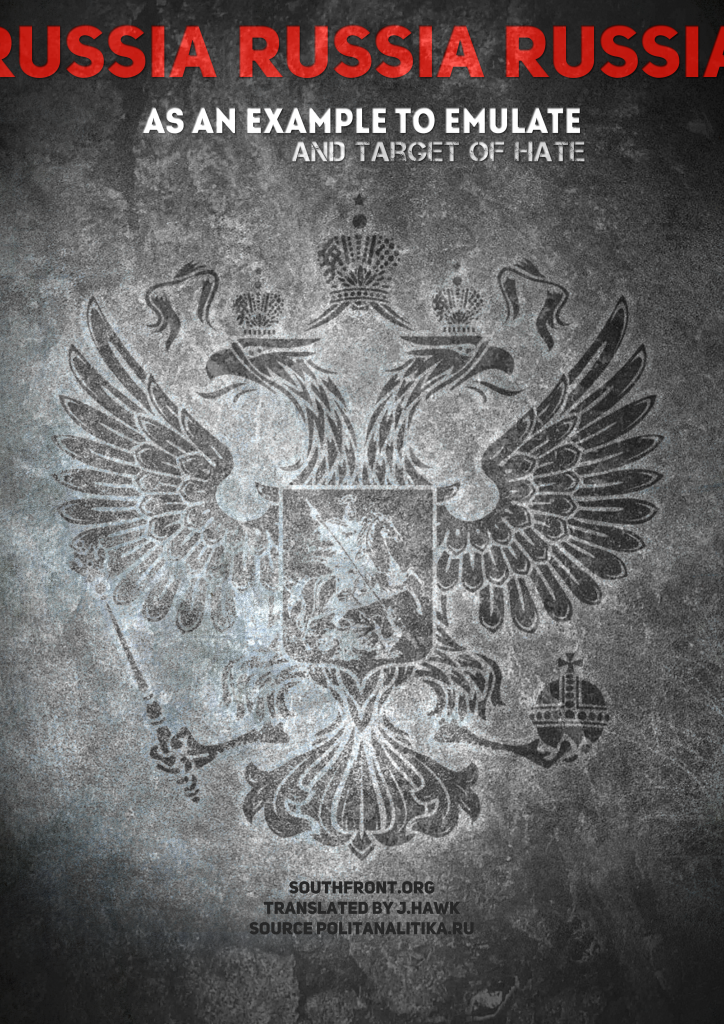 Poland now has yet another pro-Russian party. “It was established by a film director who was once referred to as Polish cinema’s great hope,” writes the newspaper Rzeczpospolita. “If Poland had a president like Putin, it would be a great power. We need a strong hand,” says the director Konrad Niewolski.

This event and these words have a special meaning in the current situation. At the time when all of the power of the West’s propaganda has been unleashed against Russia, when not a day passes without European and US media mentioning the mythical “threat from the East,” there are still people who seek objectivity. Especially when these people live in Poland, a country under the influence of the most hard-core russophobes. Without a doubt, this state of affairs didn’t just happen–Moscow and Warsaw have a long and complicated relationship, full of crises and disagreements which are moreover stimulated by certain forces in both Poland itself and on the other side of the Atlantic.

Therefore Niewolski’s position deserves a double dose of respect. One could say this is one of the few Poles who are currently pushing the Polish (and, indirectly, Russian) society toward ignoring mutual hostilities, radical judgments, and general accusations. Because it is more beneficial for Poland and Russia to be friends than foes. They have, to focus on the most important aspect of the relationship, common strategic interests. To use Konrad Niewolski’s expression, “we should keep to the Slavs and be a dog barking at Russia.”

One must say this is not the first pro-Russian party that was created in Poland after the beginning of the Ukraine crisis. The Zmiana [Change] Party, headed by Mateusz Piskorski, held its founding congress in February. Zmiana already signed an agreement with existing parties with a pro-Russian line, including Polska Lewica [Polish Left], Samoobrona [Self-Defense], and Partia Regionow [Party of Regions]. In August, at the anniversary of the Hiroshima bombing, Zmiana protested the presence of US troops in Poland. Mateusz Piskorski says that he does not consider himself an instrument of Kremlin propaganda. “By the same standard, any politician calling for cooperation with Germany or the US, could be named an agent of influence,” says Piskorski.

It would be rather difficult to call an “agent of influence” someone who calls for a good neighborly relationship with a brother, after all, nation. Such politicians tend to be labeled “pro-Russian.” Even though, strictly speaking, their “pro-Russianness” is of secondary importance. These people are first and foremost the patriots of their own countries, desire to see it flourish and grow, but the path toward these goals is barred by confrontation and mistrust. One can also seen an emotional component in Mateusz Piskorski’s exhortation. But there is far more common sense and strategic thinking: how beneficial would a friendly relationship be with such a great neighbor of Poland as Russian Federation.

“First of all, this line of thought emphasizes that Poland and all interested countries would find it useful and beneficial to see the implementation of Vladimir Putin’s ideas, including the creation of a free trade zone from Vladivostok to Lisbon,” says Piskorski. “This idea units many political movements, the expert community, and even some of Poland’s academics and scholars. It’s a remarkable phenomenon when one sees parties which agree on this issue while differing on others: some are leftist, others rightist. There is no single standard. It’s a grouping of political forces and experts in Poland–I estimate that group to command approximately 15%-20% of public support at the moment–who favor a closer relationship with the Russian Federation.”
One must acknowledge that the supporters of constructive cooperation with Russia are not subjected to repression, but rather a certain form of censorship. A Polish reader could learn more about them from Russian media than from local newspapers and journals. This, naturally, makes it difficult to disseminate the corresponding points of view among the entire Polish audience. Moreover, Piskorski expects that the upcoming parliamentary elections will see chicanery used against the people who share his ideas in the form of blocking their candidate registration. “It’s possible that someone who is represented in the Europarliament will be able to register but, nevertheless, I would not expect significant support. It’s too soon to say that the support for these movements will translate into sizable electoral potential, but it can’t be ruled out that the next elections will give rise to pro-Russian movements if the victory goes to a Russophobic party.”
One must admit that political forces which are interested in restoring cooperation with Russia are being suppressed not only in Poland but also in other European countries. Although the Poles themselves say that a sizable proportion of France’s and Germany’s political mainstream favors a constructive dialogue with the Kremlin. This is taking place not because of any special love European elites feel toward Russia, but for objective reasons. The European society is collapsing under the blows of the migration tsunami, and the European economy is suffering from so many contradictions that attempts to save it only make it worse. Therefore European mainstream’s peaceful attitude toward Russia is an attempt to shore up at least one of the foundations of the collapsing common European home.
Incidentally, the peculiar Vladimir Putin cult in Western countries is a reaction to this strong, pragmatic politician who contrasts with the majority of the weak, “ticket-punching” figures in most Western European democracies and the US. This approach often distorts the perception of the Russian president’s role. There is an almost pathological “fixation” on the person of Vladimir Putin. But in general the conscious course toward a confrontation with Russia is naturally taking the form of attempting to discredit its national leader. Putin is too different from the indecisive European bureaucrats and US “combat” office managers to experience lack of interest among Western societies and political classes.

The comparison to France’s president Francois Hollande is especially telling. If you recall, he recently all but promised that he will use any pretext to raise the question of lifting sanctions on Russia. Obviously, Hollande’s promise was accompanied by equivocations and qualifications. But if one is to blow off the verbal chaff, that’s what remains. There are strong indications that Hollande is a little late in trying to save his political campaign. Nobody is expecting leadership from an individual trying to simultaneously sit on two stools, and who initially says one thing, then something else, before returning to his original position and is squirming with all his might. He is leaving the political scene, making room to a new generation of pragmatists ready to start an open, bold dialogue about how Europe got where it is and how it will get out of its mess.

One such politician capable of proposing a new course is Marine Le Pen, the leader of the French National Front. She has the support of 27% of voters, as opposed to 19% supporting Hollande. The current president faces the possibility of not making it to the second round, where by all indications it will be a contest between Sarkozy and Le Pen.

Both of them are more and more openly speaking of the losing proposition that a confrontation with Russia represents. But Le Pen is a new face to a French voter. While Sarkozy is a well known figure. According to political scientist Kirill Benediktov, Le Pen would be a preferable partner to Russia, since she has demonstrated her sympathy toward Russia not only with words but with deeds, something that she practically inherited. “Jean-Marie Le Pen, who in his time was an anti-communist, has had a positive attitude toward Russian culture and our Orthodox culture. Marine is a sincere friend of our country. Therefore, it is more than desirable to see Marine Le Pen become France’s next leader after the elections,” Benediktov believes.

It’s another matter that the political mainstream will do everything to prevent it. “Without a doubt, neither the US nor the EU’s leaders want France led by someone who could become the new De Gaulle. Therefore the opposition to Marine will be fierce. All possible resources will be deployed to prevent her election. Therefore Sarkozy’s candidacy, as someone who has already demonstrated his loyalty to his transoceanic partners and to Brussels, remains the most probable one,” Benediktov concludes.

One has to concede that West needs strong-willed leaders and strong policies based on national interests. Such individuals held power when the West faced its demise. But as the situation changed and the task at hand was not breakneck-speed development, the West turned to bureaucratic leaders who can’t even be described as political leaders in full sense of the term.

“The sense that a historic moment, associated with the disappearance of existential threats to these nations, has been lost, manifested itself in the more utilitarian perception of politicians as managers. His task is to direct and report, not inspire and mobilize,” says international affairs expert Andrey Baykov. “The appearance of new existential threats, such as domestic and international terrorism, the activation of ultranationalism, obviously places the Western political elite in the state of complete confusion, if not outright paralysis. Hence the major strategic errors and inability to pursue a strategy.”

It’s possible that’s why Europeans and Americans who are seeking to overcome current problems are casting their gaze on Moscow. Its certitude in its own rightfulness and the decisiveness in pursuing its good works can only be envied. Such a partner can be relied on, and it’s a pleasure to deal with him. Those are the qualities of the Russian national character which are valued by friends and hated by Russia’s enemies.