Defense Ministers of Russia and Armenia have signed an agreement on establishment of a joint regional air defense in the Caucasian region. 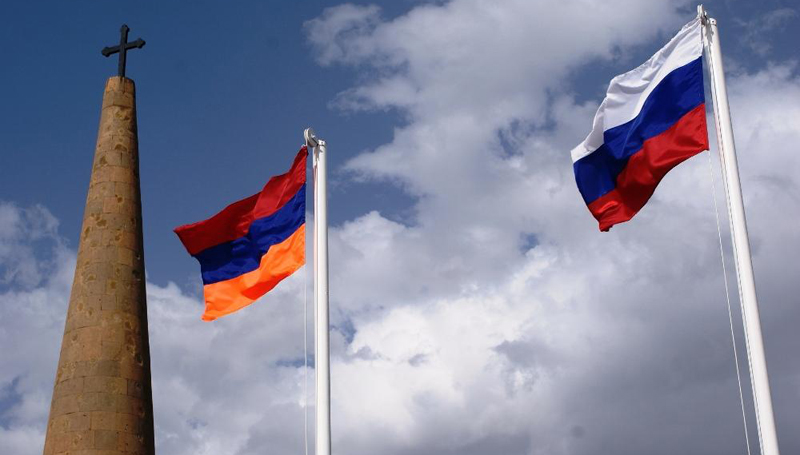 Russian Defense Minister Sergei Shoigu and his Armenian counterpart Seyran Ohanyan have signed an agreement on establishment of joint regional air defense in the Caucasian region of the Collective Security, dated December 2015.

The document was signed for five years with a possibility of further extension every five years. If one of the sides would want to suspend the agreement, it must give a written notification of its intention to another side, using diplomatic ways. The notification must be sent six months before an expiration of the term of the contract.

“Approve and submit the agreement between the Russian Federation and the Republic of Armenia to establish a joint regional air defense in the Caucasian region of the Collective Security, signed in the city of Moscow on 23 December 2015, to the Russian President for ratification to the State Duma of the Russian Federal Assembly,” the RIA Novosti news agency quoted the statement.

Combining of the regional air defense systems will make it possible to create air defense in the whole space of the Collective Security Treaty Organization (CSTO).

Nice! As an individual of Armenian heritage I am thankful for what Russia has done for Armenia and hope that the relationship between the two nations strengthen further.

Time for more and more countries to unite behind Putin.

The USA/Israel with their EU puppets are turning the West into islamist-infested shitholes with constant terrorism and problems with countless minorities that will never integrate.

Agree with you regarding the immigration issue but most of those “terrorist events” are false flag staged events if you actually look into them in detail.

Putin is a uniter not a divider… ANY nation who is aligned with Russia has a TRUE friend… GOOD man and wonderful people in Russia…G-D bless you all!!!

This will really pee Erdogan off, deservedly.