The US wants Islamist militants at the talks 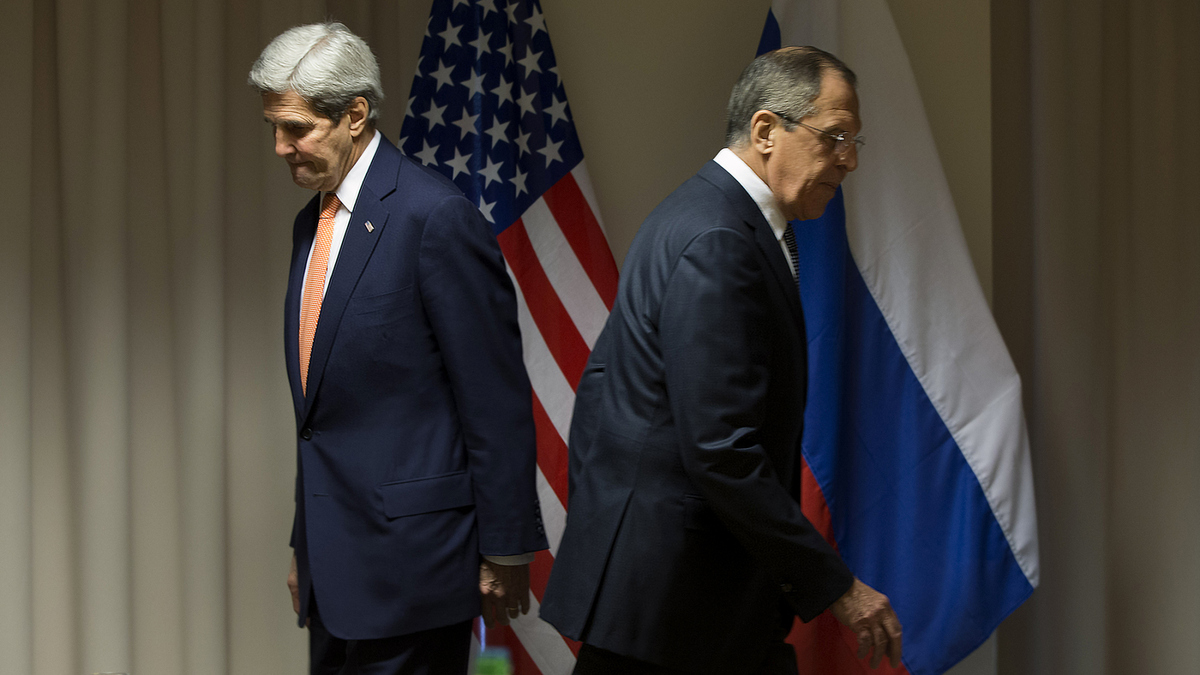 Today, Jan.24, according to several media reports, Russia and US are getting close for a compromise on the participants of the Syria peace talk which is going to be held next week. Reports say that two separate Syrian opposition delegations are invited to attend the negotiations in Geneva.

Already, United Nations-sponsored negotiations to bring an end to Syrian conflict between the involving parties have been postponed over differences between the US and Russia on opposition groups representation in the Meeting.

Russia has strongly objected to the possible inclusion of Saudi backed Islamist militia group Jaysh al-Islam (Army of Islam) that the US wants to include. On the other hand, media reports that Russia proposes more moderate groups, such as Qadri Jamil, a former Syrian deputy prime minister, and Saleh Muslim, co-head of the Syrian Kurdish group PYD to join the negotiations.

Western media already reported that, a compromise has allegedly now been reached in which Moscow is agreeing to the presence of Jaysh al-Islam at the talks. In return, Washington will not object to a separate Syrian opposition delegation being invited.

Yesterday, US Secretary of State John Kerry, who has been visiting Riyadh to seek a deal on Syria talks, told to the reporters that US is confident that with good initiative in the next day or so those talks can get going.

On Friday, in a press conference, Russian Foreign Ministry spokeswoman Maria Zakharova made no comments regarding which opposition groups will attend the talks in Geneva.

Although, the UN special envoy for Syria, Staffan de Mistura, is now likely to send invitations to two opposition groups – one proposed by Washington, another recommended by Moscow.

Already those assisting countries for Syrian peace talks have reached an agreement to form a transitional government in Syria by mid-2016, and that government will be responsible to hold a national election in 2017.

Several Russian and Western diplomats admit that Russia has managed to overcome the US condition that Bashar Assad must leave his office before the transition process can start. Russia has always said that Syrian people should decide the fate of President Assad not outsiders.

Russian Aerospace Force’s operation against IS in Syria began four months ago. According to Russian Defense Ministry, the ongoing operation has significantly disrupted terrorist communications and supply routes.

There are media reports that Islamic State’s illegal trafficking of stolen Syrian and Iraqi oil has been crippled by Russian bombings to such an extent that the terrorists have been forced to compensate the shortfall in profits by increasing taxes, cutting salaries to militants and attempting to take drug production in Afghanistan under its control. On the other hand, the Syrian Army also has been conducting offensives on terrorist positions by liberating a number of settlements. In order to cut terrorist supply routes and prevent reinforcements from abroad from infiltrating Syria, the spearhead of the assault is being directed against the borders with Turkey and Jordan.

Since the beginning of the air operation in Syria on September 30, Russian warplanes have made over 5,660 combat sorties and launched 97 airborne and seaborne cruise missiles on IS installations in Syria.

There are two anti-Islamic State (IS, formerly ISIS/ISIL) coalitions operating in Syria at present – one led by the US and the other by Russia.

When the US invites the army of islam to the Geneva talks, it speaks volumes on what American war machine is all about. The Commander in Chief, the Senate Chair (McCain) Armed Services, and the bloody and violent Generals who overthrew Lybia, created ISIS, involved with the Kiev overthrow, and their blood drenched hands all over Syria and Yemen, all one the side of the wahabbi sunni salafist king of Saudi Arabia. they have used American tax money to fund terrorism, and will have us under sharia law. They certainly don’t follow our Constitution. McCain had photo ops and shook hands with the Alloush regime from the Saudis going back to 2011. Loves to cage Syrian soldiers wives and use them for human shields. Starves their kids into wearing suicide cests, and taking their organs while awake, to transplant into their wounded terrorists What a treat we have in John Kerry. The man who knows that the Sarin gas came from Turkey, shot off by al Nusra. Then, blames Assad.