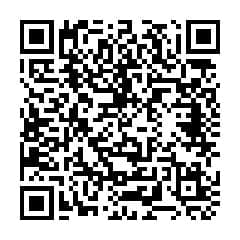 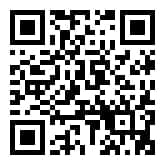 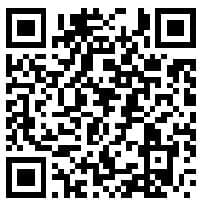 After Russian-led forces took control of the entire Luhansk People’s Republic, front lines in Ukraine faced no significant changes. While there are no advances on the battlefields, the warring sides claimed some successes in the diplomatic field.

Heavy positional battles continue in eastern and southern Ukrainian regions. The both sides are suffering from shelling with precise weapons.

After Ukrainian forces received foreign military equipment, including the US Himars, they managed to destroy a number of Russian ammunition and fuel depots in the Donbass as well as in other regions.

The Luhansk People’s Militia confirmed that several missiles reached their target. Luhansk was hit by three Tochka-U missiles, presumably from the Ukrainian positions between Bakhmut and Soledar in the DPR. The sky over Lugansk is currently controlled by Russian reserve air defense forces.

On July 12, Kiev forces struck an ammunition depot at the plant in the Petrovsky district of Donetsk. Another depot was reportedly hit in the area of Avdeedvka.

In the Zaporozhye region, the Armed Forces of Ukraine attacked an energy depot near the Zaporozhye Nuclear Power Plant with a kamikaze drone. At least one UAV was shot down by Russian air defense. No information on any damage was revealed.

Ukrainian formations continue to regularly shell the settlements of the DPR and LPR. The Donetsk region and the cities of Stakhanov and Lisichansk are constantly hit. Attacks result in casualties among civilians.

Ukrainian military positions are also pounded by Russian missiles along the entire front lines. The foreign military equipment supplied to Kiev forces is the main target. On July 12, Russian forces destroyed the launchers of the US Harpoon missile system in the area of Berezan island in the Odessa region.

Meanwhile, the sides claimed some successes in the diplomatic processes.

Another exchange of the bodies of the dead took place in the Kamensky district. 40 bodies were exchanged to 40.

On July 13, the delegations of Russia, Ukraine, Turkey and the UN are holding a meeting in Istanbul. The main topic for negotiations is the export of Ukrainian grain. The meeting takes place after a round of talks between the Turkish officials and the Ukrainian and Russian military.

Ukraine and Russia are “two steps away” from reaching an agreement on grain exports, Ukrainian Foreign Minister Dmitry Kuleba said.

Another victory was reported in negotiations between the European Union and Russia. The sides reportedly agreed on the transit of goods to the Kaliningrad region. Brussels provided a document that “fully satisfied” Moscow.

The counter attack of the Ukrainian forces….. Civilians….. so sad

That’s the only way they know how to fight…..even sadder.

Probably emulating the NATO rules-based order of 1999 to target civilians if military targets are too evasive.

This is a nothing burger guys….

There are rumors that the RussiNs bought a US HIMARS on the black market from Ukraine and munitions. Any confirmation?

I saw that as well… along with a French Caesar Artillery system.

Apparently the Ukrops are so corrupt that they’re selling Nato equipment for pennies on the dollars.

You guys are so dumb and guilible it s cute. You must be scammed everyday, and believe in any shit online lmao

Where s the evidence though? ;)

Apparently? Decades of precedent dictate more than an ‘apparently’.

I surrender to all tacos that want to sodomize me—do prefer to swallow ukie or taliban sperm?

Dear Russia, don’t trust the EU/Nato/US and or to transit goods from Kaliningrad to the West or versa visa… Beware of the “Trap”….

Make a public announcement, offering all Ukrainian Citizens a week to vacate their homes in the Counties occupied by Ukrop Forces and Artillery Systems.

Then unleash your Bombers… Level their positions… Destroy the entire region if you must… But stop playing nice… Its time to hold those people accountable.

Klaus SS haub is loving it !!! hes gonna eat all the bugs by the anus not so far away in time !!!! Psico WEF World Economic Faggots !!!!

This is far wider than grain – this is about setting up negotiations in a format that would work across the board. After all Ukraine could hardly argue that enough trust exists to conclude an agreement on grain, but no trust exists to conclude an agreement on peace. Russia is simply sticking to its goals of dombas and is open to a peace agreement that covers neutrality for Ukraine and current liberated territories remaining liberated. Russia is basically setting up a mechanism and framework to support a decision point, an off ramp prior to winter should Kiev wish to take it. Russia has all the real options here of continuing to the last Ukrainian and last metre of liberation. It’s just up to Ukraine within a negotiating environment as to how much they continue to exist as Ukraine!

I think if Russia doesn’t cut Ukraine off the sea and doesn’t take all land east of Dneiper river, it’ll have sacrificed too much (new militarization of Europe, NATO bases in Finland, war images and media propaganda seared in people’s mind, tens of thousands of young men’s lives that do cause hurt back home) for too little because it’ll have acquired a brand new dead-set enemy (Ukraine) with an extensive diaspora. Many Ukrainians were neutral before, now they hate Russia with every fiber of their being. Even if they don’t get trained in Ukraine, they can be trained abroad or fight abroad against Russian interests (Syria, Africa…). Russia is going to have a unified nation on its border with a strong national identity that will be plotting how to take back what they lost. Totally different than all other countries Russia borders with, so this is going to create permanent friction. Kiev’s embasies worldwide will be full of intelligence agents working to undermine Russia’s interests. Russia itself is going to be full of Ukrainian agents on Russian passports undermining its interests. That’s why if Kiev remains the capital of Ukraine, it shouldn’t control a large Ukraine.

Man, what a mess. Soviets killing each other for no reason.

Russia has already paid too much and this dance of death is just beginning. There is no way this disaster will prove beneficial to Russia. All the trolls on this site who see this as Putin’s effort to topple the New World Order are self delusional. Russia, although well resourced naturally, is undeveloped and its economic power is a small fraction of the economic power of those lined up against it. Time is against Russia. China in the meantime silently waits on the side lines watching a war from which it will benefit greatly as Russia is weakened and shown to be in a class below China.

My prior reply was suppressed.

Why is SF suppressing contrary opinion? Only one answer. It is solely a propaganda organ of the Kremlin. Believe nothing on this site.

Do you enjoy living a lie.

AM Hants
Reply to  helen

Don’t think the majority of Ukrainians hate the Russians, just those with Galician DNA. Do believe those that Russia have liberated, hate Ukraine and how they have been treated over the past 8 years.

Make no mistake. Ukraine will never succumb to ‘peace’ willingly nor will NATO. It must be imposed, either internally by coup or externally by force.

Why should Bolton and company be the only ones planning coups and bragging about it?

Allies of Convenience
Reply to  Thinning Hearts and Minds

Well, this article kind of blows the claims that Russia is barely feeling the strikes from the advanced weaponry being supplied to the Ukraine, in fact, it says the exact opposite.

“Another depot was reportedly hit in the area of Avdeedvka.” Avdeevka is on the outskirts of Donetsk, right across the airport, still occupied and heavily fortified by ukrops. Who in his right mind would build a munitions depot on the front line? Long range artillery wouldn’t even be needed.

Keep believing CNN. In the meantime, Russia has picked up 40% of Ukraine, and as President Putin has stated, they are not even trying yet.

No deals should be made with the wicked Kiev junta until they have been captured and Nato has been kicked out of the country. Yassir Arafat had to make deals with his enemy, the jews, for his people weren’t strong enough to fight them. Russia on the other hand does not have to make any deals with the scumbags who control Kiev, because Russia is powerful enough not be forced into such a situation. And the fact that Ukraine on the whole is ancient Russian territory makes all this nonsense of having to make deals with your enemy, when you’re actually winning the war, even more bizarre and even shameful.

I’m sure the Russian army, LPR militia and the DPR milita have other ammo depots.

What country (following a FAILED ideology) is using WW 1 tactics ( Gen Samsonov must be pleased ) and ALLOWING it’s enemies to resupply it’s forces with NEW WEAPONS in FULL VIEW of it’s aerial capabilities ???

The US (a rival SUPERPOWER) does this ALL THE TIME!!!

And if you don’t believe me ask yourself this question.

What country the US and NATO bomb has broken off relations or fights Imperialism ???

What country is selling their new toys to their foe? Well the toys that do not end up blown up on entry? Is it not Ukraine? Is it still 1,000 Forces a day that they are losing or the Conservative figure, by their own admission of 200 a day?

Turkey and UN in control of what goes in and out of Odessa???????? What on earth can go wrong?

Murphy's law
Reply to  AM Hants

What can go wrong, will go wrong when it comes to America’s ‘Project for the New Century’.