Regardless of the prognosis and loud swearing of the leadership of the European Commission and the European ideologists of Atlanticism behind it, Russia’s role in ensuring energy security of Europe in the coming years. Not only will it not be shortened, but will be continuous and magnified. 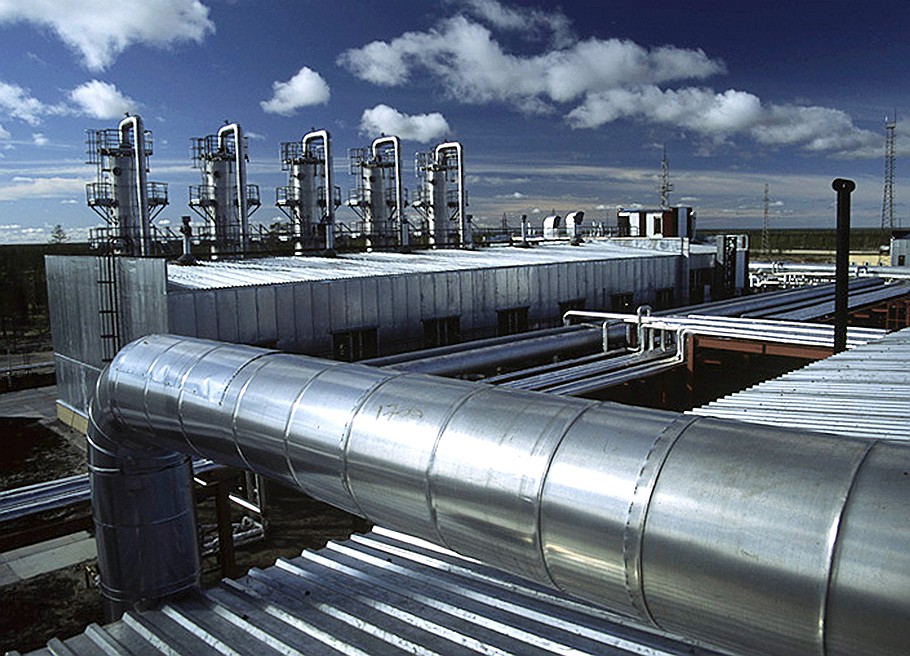 Even the representatives of western business societies and experts of leading economic structures and institutions are forced to admit it – including the authoritative agencies in the international financial circles such as Bloomberg.

After analyzing the information, Bloomberg analysts came up with the conclusion which is not very consoling to Brussels and Washington: “In 2016, Gazprom plans to increase gas supplies to countries further abroad to 162.6 billion cubic meters of gas, therefor it will surpass the record indicator of 2013 (161.5 billion cubic meters).

According to Gazprom’s data, the main volume of Russian gas supplies abroad goes to Western European countries and Turkey.

This is an all-European figure. But even more characteristic indicators are the detailes obtained on specific countries on the continent. And on this front is particularly important to look the dynamics of cooperation in the field of energy between Russia and Austria – a country which, thanks to its central geographical position on the continent and the existence of the Baumgarten hub which is of one of the largest gas distributors – a crucial strategic place in all European transport projects in energy.

The corresponding data could be heard during the working meeting of the President of the Management Board of OAO Gazprom Alexei Miller and Vice President of Austria and the Austrian People’s Party Reinhold Mitterlehner which was held on 2 February in Moscow. In particular, only for January 2016, exports of Russian gas to Austria rose by 76.2% in comparison with the analogous period of the previous year 2015. As for the dynamics of a slightly longer period for the year 2015 the amount of adequate gas supplies for its part rose by 11.5% compared to 2014 year.

And what is even more important – and was highlight by the meeting participants – can now be determined with absolute certainty that the Russian-Austrian cooperation in the oil and gas field carries the “long-term strategic character”, which was first achieved already back in 1968. Accordingly, Austria intends to support the project pipeline “Nord Stream – 2” in order to meet the growing demand for Russian gas in the future. It should be noted that the main partner of Gazprom in Austria is a local company OMV – and it will appear as one of the parties to the agreement of the shareholders in the framework of the project of construction of gas pipeline “Nord Stream – 2”.

However, the construction of major pipeline – this is only one aspect of the problem of ensuring energy security in Europe. No less of importance is the development of appropriate infrastructure, in a sense of underground gas storage (PSG). Russian-Austrian cooperation is directly related also to this direction. Specifically, it is about interacting on issues of expansion of PSG, Heidach – the largest in Austria and the second largest gas storage facility in Central Europe. This facility is one of the most successful examples of trilateral Russian-Austrian-German cooperation in the energy field. Co-owners of PSG, Heidach is Gazprom (66.7% capacity), the Austrian company RAG and the German company WINGAS. The main task of Heidach is – to provide reliable delivery of Russian gas export towards the warehouse in Baumgarten and consumers, Slovenia, Hungary, Austria, Germany, Slovakia and Italy.

Russia and Austria have agreed in 2015 to increase the overall active capacity of Heidach to 150 million cubic meters of gas or about 5%. And what is more important in terms of the present financial and economic crisis in Europe – this goal was reached without any additional resources and investment.

This way, the benefits of the development of cooperation with Russia are obvious from the point of view of the interests of not only Austria but also other European countries – in this regard in the region of Central and Eastern Europe. As far as political factors go it is lately more and more mentioned the possibility of Iran entering the European market and as a consequence it will be possible to reallocate the entire energy space. However, the Spanish edition of Publico writes that “Russia does not have anything to worry about. Regardless of the fact that Iran ranks first in the world in natural gas reserves (18.2% of total reserves), it cannot compete with Russia, among other issues also because of the financial and economic reasons”.

According to the data of international experts for the reconstruction of equipment and construction of new gas pipelines, Iran would need foreign investment for the sum of at least $ 100 billion.

Secondly, transport of Iranian gas to Europe for these objectives requires the construction of a gas pipeline through Turkey – which in terms of the present state of Turkish-Iranian relations and the conflict in Syria, is virtually impossible mission.

In addition, Russia and Iran are objectively acting not so much as competitors but as allies in the energy business. This refers to the participation of Russian companies “LUK-OIL” and “Gazprom” in the development of South Pars sites in the Persian Gulf, which accounts for 60% of Iran’s gas reserves.

This way Russia will remain a key partner of Europe in the energy field. And it should be up to the European politicians and governments – to understand this simple fact. Otherwise their own voters will show them what they do not understand. Particularly in Slovakia, Serbia and Macedonia where they expect parliamentary elections in the coming months.