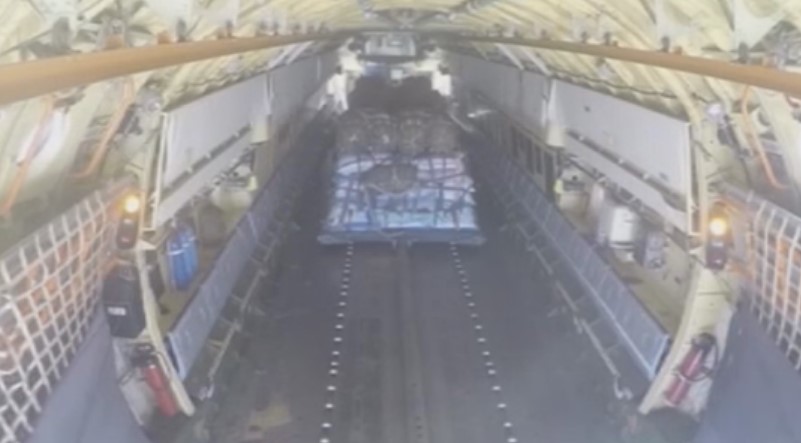 On Tuesday, Russian Defense Ministry official spokesman Igor Konashenkov told to the reporters that more than 40 tons of humanitarian aid has been airlifted to residents of the Syrian city Deir ez-Zor and other regions besieged by the terrorist.

He added that Syrian residents received dry food rations provided by the Russian Defense Ministry the Syrian government.  Humanitarian cargoes were loaded to P-7 parachute platforms by Russian servicemen at the Hmeimim air base and then airlifted by a plane of the Russian Military-Transport Aviation.

Konashenkov said, “The Syrian leadership received information from the settlements to which humanitarian aid was airlifted that all cargoes were received and distributed among local residents.”

According to media reports, since the beginning of the air operation in Syria on September 30, the Russian Air Force has conducted nearly 6000 operational sorties, including 145 sorties made by strategic bombers from the territory of Russia. 97 cruise missiles have been launched from Russian warships in the Caspian Sea, a diesel submarine in the Mediterranean and from strategic bombers.