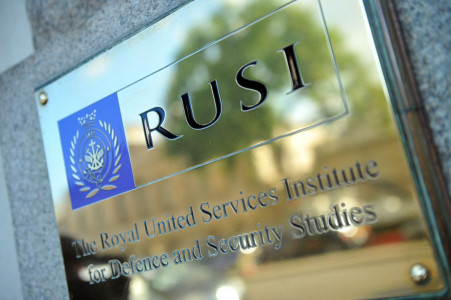 Royal United Services Institute and Igor Sutyagin have once again defied conventional logic, as reported in The Guardian:

`The deployment of Russian troops in Syria could end up helping Islamic State as they have been sent to areas where they are most likely to fight other groups opposed to Isis, according to a new report….

The Rusi report, titled Inherently Unresolved, assesses the global effort to counter the spread of Isis, and warns that Iraq and Syria may not survive as unitary states. It includes a section on Russian aims, particularly those underpinning Putin’s despatch this month of warplanes and troops to Tartus and Latakia in support of Bashar al-Assad’s regime.

Igor Sutyagin, a Russian strategic analyst, said there was an air regiment at Latakia with 28 planes, a battalion of motorised infantry and military engineers as well as a marine battalion at the naval base in Tartus.

The deployment, Sutyagin said, “underlines the contradictions of the Kremlin’s policy”, because the troops were in areas where Isis is not present.

“In this way, Russian troops are backing Assad in the fight against groups such as Jabhat al-Nusra and Ahrar al-Sham, which are themselves opposed to Isis. If Russian troops do eventually join combat, therefore, they would also – technically – be assisting Isis,” Sutyagin argued.’

Of course what Sutyagin fails to point out is that all the groups he mentions are fighting the Syrian Government, that since US started its bombing campaign ISIS have made considerable gains in Syria, and even if Russian troops are in a particular locality in Syria that does not mean that they cannot move within the country. Would he expect Russian troops to be based in ISIS controlled areas? As for the base in Tartus, it was established in the Cold War and has been there for more than forty years. Let us consider why RUSI would make such claims, and to do so we can refer to a previously posted article about RUSI and think-tanks more generally. The following text is taken from the article `Russian military intervention in Ukraine’: The Shadow of Think Tanks: 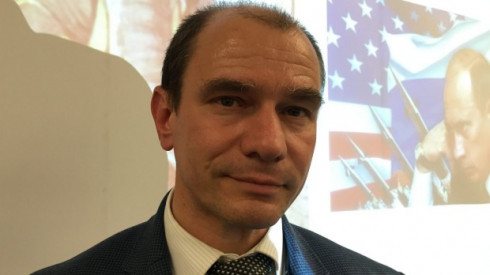 They [RUSI] purport to be `An independent think tank engaged in cutting edge defence and security research. A unique institution, founded in 1831 by the Duke of Wellington, RUSI embodies nearly two centuries of forward thinking, free discussion and careful reflection on defence and security matters.’ They boast of  `rigorous, expert and objective analysis’ (https://www.rusi.org/about), and they have received commendations from the Queen, the current Prime Minister and Deputy Prime Minister, the Foreign Secretary, the Defense Secretary, the Home Secretary, Tony Blair and King of Jordan. This honorific list, including serving members of the Government at the highest level, is enough to make one question the impartiality of this think tank, especially given the UK’s support for the invasion of Iraq that was predicated on a lie, and the UK’s current support for the Poroshenko regime in Ukraine. If RUSI was in the least objective then David Petraeus (Senior Vice-president of RUSI) and Tony Blair would most likely have had their names removed from the list. Now compare these two FAQs (https://www.rusi.org/faqs/):

RUSI is an independent think tank that operates with no political affiliation. RUSI’s mission is to inform, influence and improve public debate about defence and security matters. RUSI does not receive any statutory government funding and is not a government organisation, although some government departments are corporate members of RUSI and may fund specific projects.

How is RUSI financed?

RUSI is a Registered Charity (No. 210639). It relies on membership subscriptions; income from conferences including sponsorship; research contracts; room hire; and donations from foundations and individuals for its income. RUSI receives no core funding from government.

So, the organization relies on donations and sponsorship (including UK Government departments that are corporate members of RUSI and may fund specific projects) as well as research contracts. Of course the list of donations and donors is not in the public domain. But taking Occam’s Razor as a guiding principle, and looking at this case in the most simple of dimensions, it is not difficult to deduce the identity of those behind this Government backed, Petraeus-led, Whitehall housed, UK and US foreign-policy friendly organization.

Let us turn then to the author of this report. Perhaps he is a reputable academic that abides by the stiff criteria of `rigorous, expert and objective analysis’? Well, not quite. He does have a background in Russian military matters and by popularising a report in his name no doubt RUSI sought to play upon this fact. However, he is in fact a convicted criminal. His crime is certainly relevant to this report as he was convicted of spying for US against Russia, and the US tacitly accepted this by agreeing to include him in a spy-swap. Igor Sutyagin acknowledged working with London-based firm Alternative Futures but he said that all the information about nuclear submarines he disclosed was based on material in open literature and that not having a security clearance; he never had access to classified sources.

In 2004, after a trial, a jury in Moscow unanimously found Sutyagin guilty of espionage. The jury found that Sutyagin had disclosed secret information to Defense Intelligence Agency officers Shaun Kidd and Nadya Lokk, and that Sutyagin was paid for this. The court sentenced Sutyagin to 15 years of imprisonment.

So, here we have a convicted US spy guilty of treason (no possible confusion here between being a critic of the government and a traitor) writing an `objective’ analysis on the presence of Russian troops in Ukraine [this time in Syria].  We should be mindful of another dimension to this story, and one which is instantly familiar to many readers of spy novels the world over but which also happens to be based on fact: that the US and UK cooperated closely and worked together against the interests of the USSR in areas of defense and intelligence during the Cold War. Some twenty-five years later a man whose espionage activities were very much a product of this co-operation has penned a report that is being used to validate the fiery anti-Russian rhetoric of those in power; speech and actions which are quickly leading UK into a new Cold War.

Written in response to a report produced by Sutyagin and RUSI which made allegations of Russian troops in Ukraine, this article was published in March of this year. Six months later and the agenda is still the same, and they are still using the same flawed logic and spurious arguements in an attempt to incite mistrust towards Russia. This at a time when positive comments are being made, again, by the US about possible cooperation with Russia against ISIS. How, then, can it be said that RUSI is working towards peace? (by Nenada).