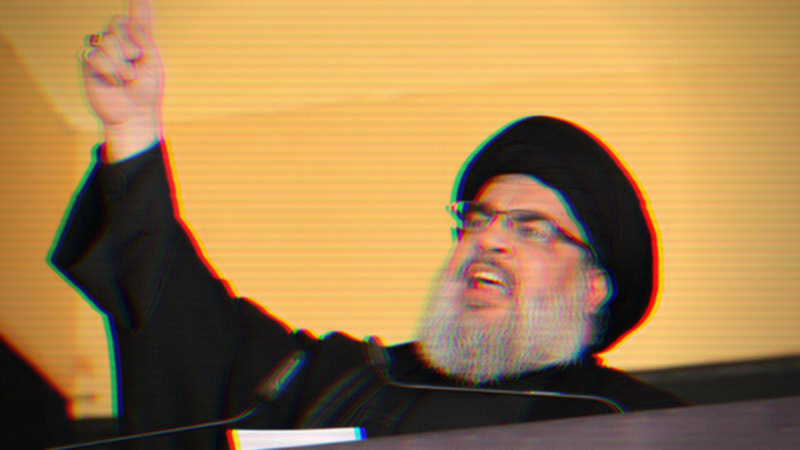 On June 1st, reports surfaced claiming that 60-year-old Hezbollah leader Sayyed Hassan Nasrallah has died after being taken to the hospital on the previous evening.

In a recent video, Nasrallah appeared to be very sick. While speaking he coughed, as he called for creation of a “new equation” and warning that any violation in Jerusalem by Israel would lead to regional war.

In his televised speech, Nasrallah looked tired and exhausted, and he was gasping and constantly coughing between each two sentences. He also had to stop several times to drink water and take a breath during the speech, and apologized for his frequent coughing.

Then rumors began surfacing, claiming he was hospitalized a short time after, and was unconscious and on a respirator. Other rumors claim he was flown to Iran for treatment.

“When holy sites face serious threats there are no red lines,” Nasrallah said. “All the resistance movements can’t sit back and watch if holy sites are in danger.”

There have been multiple reports over the years reporting Nasrallah’s death that turned out to be false, and at this point there is no way to confirm the reports.

Middle East expert Shimrit Meir also confirms there are multiple rumors of Nasrallah’s possible dying or death, but warns there’s nothing official backing it up yet.

Other reports claim that he is in a coma, but not dead.

“The SG’s health has seriously deteriorated and he went into a coma since last midnight, which prompted his supporters and those advocating the ‘resistance’ to offer water and bread hoping for his recovery,” reports said, quoting “reliable” medical sources.

“In the (Beirut) southern suburbs, they are distributing bread and water and praying for his recovery.. it seems that their master is sick and he is now in dire need of your prayers,” writer and journalist Kutayba Yassin wrote.

According to many online, Nasrallah’s latest appearance on the 25th of May suggested he was infected with COVID-19, saying that he “had coughed several times” during the speech he delivered on the day Lebanese celebrate the 2000 Israeli withdrawal from Southern Lebanon, in what is locally known as “liberation day.”

Tweets announcing Nasrallah’s “unconfirmed death” have flooded the internet with many saying that his health “had deteriorated overnight” and that “he has been in a coma since.” Yet, no users have revealed their sources or whether the secretary-general of Hezbollah is being treated in a hospital or not.

Nasrallah has been the leader of the Lebanese-based Iranian-backed Hezbollah since 1992, after the group’s former leader Abbas Al-Musawi was assassinated by Israel in Nabatiyeh to the south of Lebanon, an area that was then under Israeli occupation.

Currently, this is only speculation, as there is no official confirmation as of mid-day on June 1st.

This might be another “Kim Jong Un death”. Later, we will see Nasrallah opening some factory.

Furkan
Reply to  Israel is an Apartheid State

Barry
Reply to  Israel is an Apartheid State

Yes , because terrorist scum you adore aren’ t alive men as they are just speaking beasts .

LOL, the Zionist child killing losers are really desperate after the thumping they received in Gaza and now pushing BS to a new art form. Nasrallah is in Iran after spending a few days in Damascus.

The Zionists are petrified of Hezbollah as the new Mossad chief openly acknowledged, “Nasrallah should be taken seriously; he is Israel’s most credible enemy, he usually doesn’t make empty threats,” a senior Israeli security source told al-Monitor news website on the condition of anonymity. “The fact that he joined Sinwar at this timing and announced that any unilateral Israel move in Jerusalem would lead to war should be treated … as a very serious warning.” It is 100% certainty that Hezbollah will join Hamas and the growing Axis of Resistance in the next war for the liberation of Palestine. Hezbollah is a wide ranging organization and its success or leadership is not built on one man, the Zionists are just crapping in diapers and planting all kinds of idiotic stories as they fear Hezbollah more than any other Arab military.

Thats why those zionist thugs have not invaded Lebanon again since they they got a kicking in 2006.

Hezbollah can literally destroy the Zionist entity which is falling apart anyway like the Apartheid regime it is modeled on. The Arab and Palestinian population will be in majority sooner than most think and the Zionist colonists are leaving occupied Palestine as they can see the handwriting on the wall.

This is no surprise. Israel always takes Hiz seriously. They have a huge army and enormous missile arsenal. Their security and armed forces say this to get more money for operations. You act like this is some secret.

Why would the ayatollah go to israel?

India is now a real basketcase and has fallen behind Bangladesh in GDP growth and per capita. Its stone age economy is now doing worse than most African states, as the CIA plant Modi has failed the Covid crises and Indians are dying on the streets, lacking even the most primitive health care. The idiot Hindu trolls are just venting as India is incapable of self-governing and is officially a US and UK vassal and cannon fodder for a delusional conflict with China, which India would lose in less than a day. Modi’s antidote to Covid was to ask the stupid illiterate Hindus to drink cow piss and smear dung on their repulsive bodies. India was far better off under Muslim and later British rule.

He’s with you, in the sewers?

Standard psyops, we’ve said the same thing about Khamenei many times. Maybe the Mossad is hoping that Nasrallah will do something stupid like stand next to Assad in the Damascus Presidential Palace and make a defiant speech proclaiming that he is in good health and then — WHAM! The glide bombs hit, killing both of them and 50 human shields (civilians).

The Mossad will then make a movie about it. IT’S A TRICK ! Don’t fall for it Nasrallah !

Nasrallah was far too gentle a soul for the coming War.

Let ‘israel’ tremble, for the one who comes after Nasrallah will not be so gentle…

“Sooner or later, G-d will cut you down.” Johnny Cash

Even if this were true, everyone knows he would be replaced by someone similar. So most assassinations are pointless.

It’s possible that one of the reasons Israel was created was to stir up trouble so the Middle East remains financially indebted to international finance so they can afford to stockpile on weaponry to defend their lands from Zionists.

Notice how the only Islamic countries that ever do get attacked are those that seek to establish financial and thus national independence from globalist institutions? The most recent examples being Libya and Syria.