The Russian ruble went down again and hit its lowest point in over a year after the fresh US sanctions toward Russia.

At the start of the week, there was a four per cent drop. Today it has reached its peak with one dollar buying 63.9 rubles released the UK newspaper City A.M.

“Just after midday in London, the currency hit 65.05 rubles to the US dollar. Shortly before president Trump’s latest tweet, it traded at 64.68”.

The currency relapse was triggered by the new round of the US sanctions against a number of Russian officials, businessmen and companies. However, some experts note that it is not a fact that this ruble “sinking” may instigate problems in the Russian economy. The weak ruble may even contribute to some Russia’s economic sectors.

On April 6, the US imposed new sanctions against 38 Russian individuals and entities, according to a list published by the US Treasury Department.

These sanctions and economic severities are just the links in the chain of the deterioration relations between the US-led block and Russia.

The alleged chemical weapon attack in Syria and the Skripal case fueled this quickly developing crisis. The USA is clear in its direct aggression entailed by own economic and military interests. The deteriorating situation on all fronts could underline the “becoming” war.

Like that buying S400 is more cheaper. Guys, profit the cheaper ruble to buy russian goods.

Oil is rising, almost 72$ now and since it is still sold in $ they are lowering the rouble in order to get more out of it.

Ukraine should be seriously foritified now even more. They have been attacking the ukrainian front lines recently last 2 days

what? They who? Donbass miners? Do you know what happens to Ukraine if Russia does really attack? Last time a very limited advisers and may be some spec ops were involved and it resulted in Ilovaisk and Debaltsevo.

Let’s see now… Russia has 1860 metric tonnes of actual, real physical gold in reserve and US has 8100 tonnes of gold on paper. The US loses two billion USD a day in trade, while Russia makes a half-billion USD.

Lesson for Russia: Lie about your economy to strengthen your currency – it seems to work in the west. Until it doesn’t, of course. But then you can just kill the leader of some weak country you don’t like and steal their gold. I think it’s allowed under the Geneva conventions.

Chinese did it, why not.

First start manufacturing your own cars computers phones routers electronic fridges microwaves and everything that u 100% have to import from the west. Then u can start complaining, u 19th century madafaka.

And who gives a damn if they can manufacture shiny plastic crap or appliances? They’re still slated for destruction and looting by the US/UK/Israeli Khazarian Mafia banksters in case you were in a coma and didn’t notice. I think their efforts were far better directed at liquid-fueled, MIRV-equipped, superheavy thermonuclear armed intercontinental ballistic missiles. It seems that’s the only thing my dim-witted leaders understand about the concept of sovereignty.

You do have a way with words, Pave so congratulations.

Soon they will be producing only oil, gas, vodka and missiles. What a country to live in.

If you believe that you’re stupider than a rock. After the illegal sanctions, Russia immediately started to diversify their economy. They are now producing consumer goods. Not as much as the west, but they’ll get there. They are even producing world-class autos. The standard of living is rising as well. Not one country in the west can claim that. Russia’s debt is minuscule compared to any western nation. Ukraine lost the production of rocket engines and Russia now manufactures not only for themselves, but it’s how the US gets their people in to space. Sounds to me as if roles are reversing. Russia becomes the hope of the world and the west becomes the festering sore rotting away into oblivion. BTW, the west is buying all their toys from China, not making them at home.

The stupid mujiks can not design an engine for their new frigates :D. The mighty russian shit industry could not build a Mistral class navy. All their shit cars ( WTF russian world-class autos???? :D ? u serious or drunk? just like those cartoons with the new weapons where they used old movies :D ) are only in russia or other shit sattelite.

Yes, you the low IQ Russian citizen may be OK, for now. But, the smart people with money say it’s not OK! :D :D 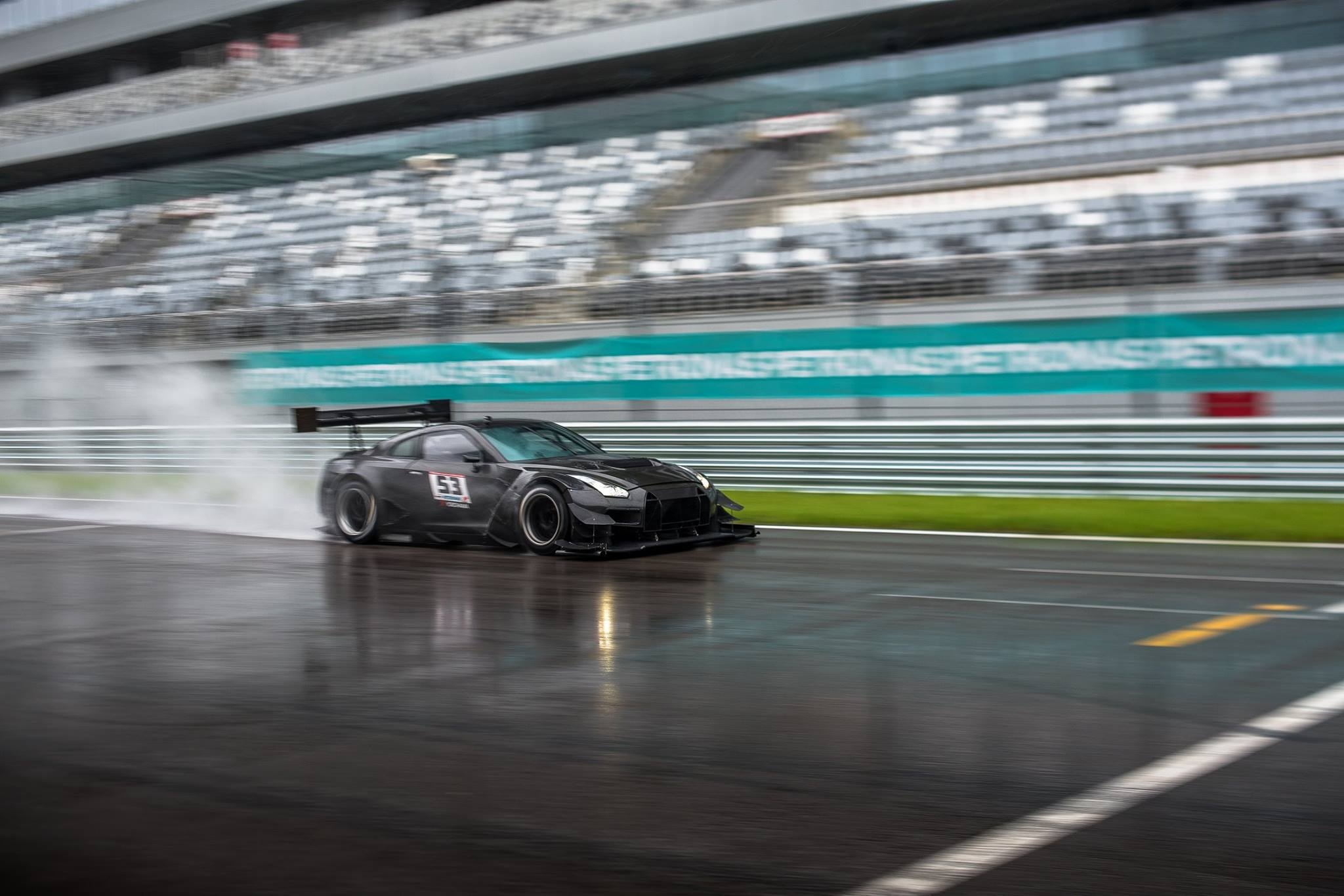 personally design and build this cars:

Now let us know what you smart people done?

yes, you low IQ who can put stickers on a car.

Stickers? Lol. let’s say that full carbon fiber body GT car developing 1500kg of downforce is about stickers. What can you show?

Russian cars? There are no cars build in russia, except lada, i remember video how putin tried to start new lada withou success. You all drive cars build by bad NATO countries.

Russia currently builds 1.3 million cars per year according to https://www.privet-russia.com/top-5-russian-car-companies-manufacturers-brands-list/

Those ate not cars but coffins on wheels.

And the award for the worst diversionary troll comment goes to Zarathustra.
Who, in a truly sublime piece of irony, cannot actually spell ‘losers’ correctly.

I just love the video with the door handle lol, the expression on the faces. U think guy responsible is still alive? Or somewhere in gulag….

Tudor…you know better than to feed the trolls. 1 demerit point. One needs not to comment to them, they have new friends that they can converse with…zarathustra for instance.

yes, aou havq low iq. you are able to make copies of western cars. but not able to think out something quite new.

Its bad news for the USA who are having trouble competing with Russia in supplying gas to Europe. Russian gas is already much cheaper.

Niscow moron, but in that time you traded. now you are impossible to trade several comodities. so no income. you must lower the defencenbudget to 10 billion dollars. but i know, as lower budgt, as cleverer ruskie defence system. :DDDDDD

Sanctions are an act of war.

Weeken??? Rubel helps the export ind. since its lower than the competours, so in that sense, for an Russian whom is already derpived from western Gods from this sactions witch they have managed to replace with domestic production, is an debate witch I find meaningless, and right now, due to external presure than anything else.

Cars, woohaa, there is an reason I dont drive an Pakkis box, aka Mercs/BMW (Bring mere werftung-take me to an carage) crap, expensive shit, period, advanced, yeah, that shows, when the rats selling this shit cant even fix their own cars, VAG is what I define as rooling heaps of solid crap, etc.
I have for the first time in decades an car that I have had 0 problems with, an Hunday.
Wankee boxes, yeah, they are the definiton of utter crap, they died in the 70s and from then on, downhill.
And Italians, yeah, like their shoos, niiiice to look at, but never made to walk with.
Etc.
Yeah, plastic, they always complain about plastic, and drools something about Quality when it comes to Germs cars, well, the dashboard is one thing, easy to make it look solid, but what the f…. does it help when whats some millimeters inside this, uh….. quality interious, is cheep shit, sensores builded by blind idiots, and is failing all the time, but hey, the dashboard looks solid, dont it.
And by the way, my Hunday dont sott.
Volvo do it (peaugot crap engine), VAGs do it, etc, but not my Hunday.
My next car if any, will be an new Hunday.
I hope the Koreans dont f… them up, like the slopyness the last decades of Jap cars, Toyota isnt what it was, and now, Mazda, is the same platform as an Ford/Volvo, so, that means for me, never again to own an Mazda, its become crap.

And dont forget, everthing fulctuates this days, and when it comes to gold, the rule is this, if you dont hold it in your hands, you dont have it, paper gold isnt the same, metals have always been the safe haven, when everything else crashes.
When the crash comes, if it does, paper is only usable to either wrapp fish in it or wipe your own ass with them, Gold is King.
There is little Russia can do, and there is little Russia should do, patiens is an virtue.