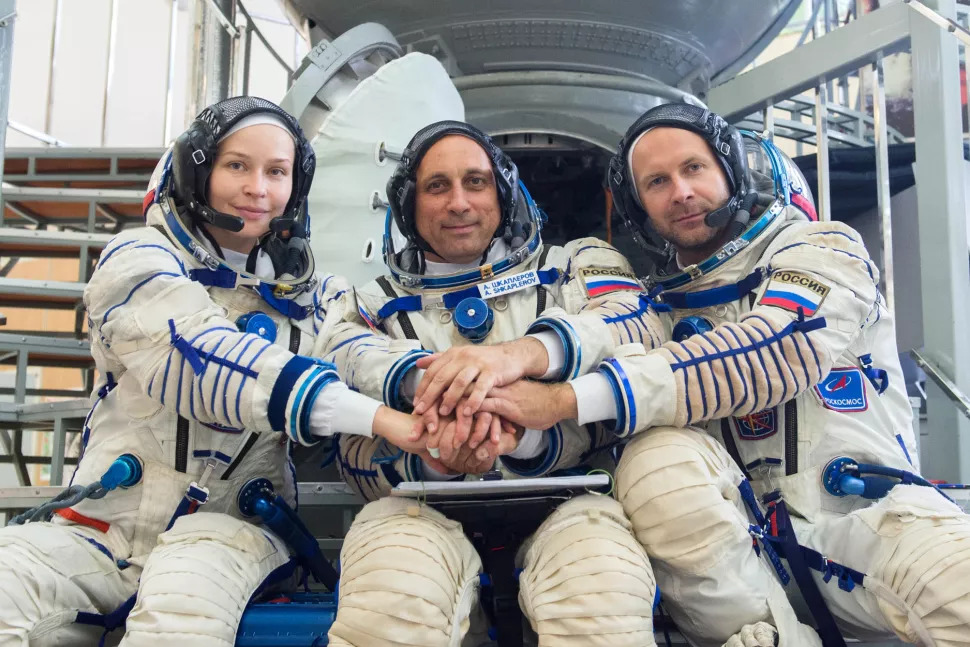 Actress Yulia Peresild, director Klim Shipenko and cosmonaut Anton Shkaplerov have been approved for a flight to the ISS.

On October 5th, the film crew will start shooting a film with the working title “Challenge” in orbit, the press service of Roscosmos announced.

They, as well as understudy artists, were coordinated by the state commission chaired by the general director of the state corporation Dmitry Rogozin. He also acts as one of the producers of the picture.

This is the first such case in the history of cinema and space travel.

Thus, Roskosmos will overtake NASA and SpaceX, which were going to send the Hollywood star Tom Cruise and director Doug Lyman into space for filming.

The launch of the Soyuz-2.1a rocket with the Soyuz MS-19 spacecraft from the 31st site of the Baikonur cosmodrome is scheduled for 11.55 Moscow time. Tuesday.

The flight will take place in a short circuit. The crew will reach the ISS in three hours and 17 minutes. These are two orbits around the Earth and a little longer than the record set last year, when Soyuz MS-17 flew to the station in three hours and 3 minutes.

It is expected that at 15:12 Moscow time “Space Film Crew” will moor to the “Rassvet” module of the Russian segment of the station. The opening of the hatches and the transfer of the crew on board is expected at 17:05 local time.

On the ISS they will be met by the cosmonauts there. Russians Oleg Novitsky and Petr Dubov will help compatriots.

It is planned that Peresild and Shipenko will spend 12 days in orbit.

Shipenko and Peresild will come back to Earth in a different Soyuz spacecraft on October 17th along with cosmonaut Oleg Novitskiy, who’s been living on the space station since April. Shkaplerov, however, will remain in orbit over the longer haul.

The coming mission is the first of several scheduled to send non-professional astronauts to the station over the next few months. In December, Japanese billionaire Yusaku Maezawa, video producer Yozo Hirano and cosmonaut Alexander Misurkin will launch on a Soyuz, on a trip booked via the Virginia company Space Adventures. Like Shipenko and Persild, Maezawa and Hirano will spend 12 days in orbit.

Don’t forget to use gopro fish eyed lenses for hyper “round” distortions from “outer space”. What a fkn joke.