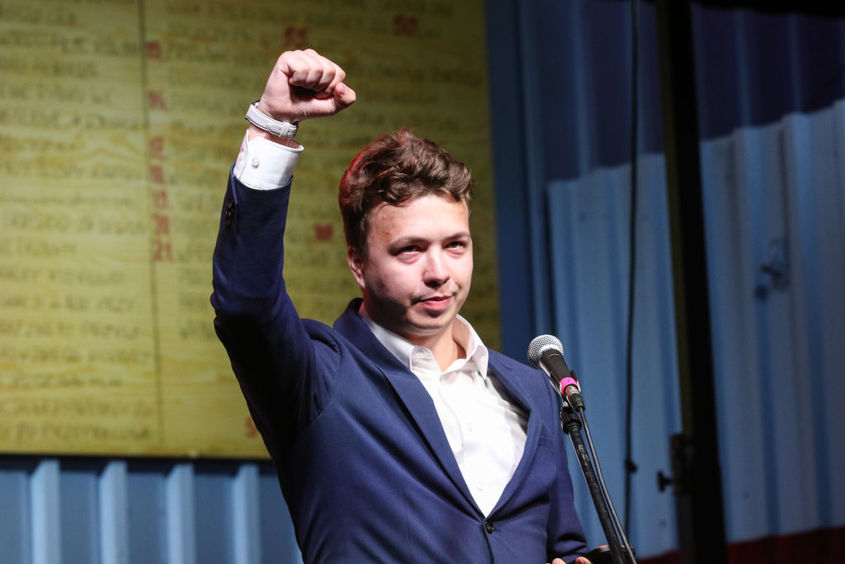 On June 2nd, Roman Protasevich, co-founder of the Telegram channel Nexta, who was detained in Minsk, said that shortly before his arrest, his relations with supporters of opposition leader Svetlana Tikhanovskaya had gone wrong.

The state television channel of Belarus ONT showed a video in which Protasevich recalls his contacts with Franak Vyachorka, an adviser to Tikhanovskaya.

“I filmed Tikhanovskaya’s visit to Athens. Everything was fine, we worked for two days. He praised me. He flew away, and in less than a week the attitude towards me changed to the opposite. I talked with him, and he said: we need to consider the prospects for further cooperation. “, the detainee explained.

The TV channel noted that it was Vyachorka who made the publication about the arrest of Protasevich even at the moment when he was standing in line for customs and border control.

In addition, Ryanair, who flew by plane, spoke about a conflict with a person who could set him up. According to Protasevich, he wrote 40 minutes before departure, where and how he intends to fly.

A Ryanair flight from Athens to Vilnius landed in the capital of Belarus on May 23 due to a message about mining that was not confirmed later. A MiG-29 fighter was raised to escort the aircraft. The aircraft was checked for two hours, after which the board flew along the indicated route. The Investigative Committee of Belarus opened a criminal case on the fact of a false report about mining.

On board the plane was the former editor-in-chief of the NEXTA Telegram channel recognized in Belarus as extremist, Roman Protasevich. After the plane landed, he was detained. A criminal case was opened against Protasevich under several articles, including for organizing mass riots.

This statement by Protasevich is in line with suspicions that the entire situation was planned in advance.

Increasingly, the arrest appears to be an operation by the Belarus opposition forces supported by their Western allies, which in the end is likely to lead to more sanctions and an increase in the rift between the West and the East in Europe.

It is also possible that his “comrades-in-arms” in the opposition camp simply handed him over to the Belarusian authorities as a result of an internal conflict, as it appears with an aide of schoolteacher-turned-president Svetlana Tikhanovskaya.

Is the little Nanzi Boy, just coming to realise that he was set up? Now who had the most to gain, handing over a simple but useful tool, when they needed some PR to blame Russia? Remember, EU sanctions talks were coming up and the ‘3 Sea Initiative’ crowd were desperate to try to hurt the teflon nation known as Russia.

Bruno G
Reply to  AM Hants

No. After such a treatment by fascist gangsters, even I would “admit” and “confess” anything they want; including that you are an honest person and not a propagandist at all. LOL. And no, “they” did not need “some PR to blame Russia”. This is not about Russia, you know, but Belarus, where the elections were rigged by these same fascists in August last year.

It is a pretty bad machine translation.

Nazis owned by the CIA betraying one of their own when he passed his sell by date?

Well, I never! What is the world coming to?