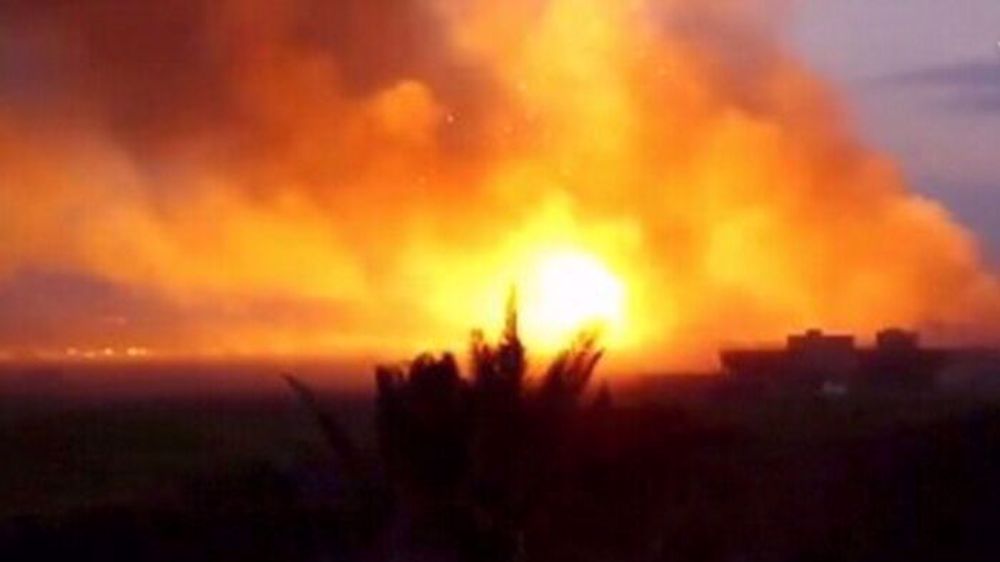 On July 4th, reports surfaced claiming that the US base located in Syria’s al-Omar Oilfield in the Arab country’s eastern province of Dayr Ezzor was targeted by at least two rockets, and there were “massive explosions.”

The Syrian Observatory for Human rights, a UK-based so-called monitor, also told Saudi-owned al-Arabiya TV that the oilfield had been hit by a number of rockets.

Siyamend Ali, a spokesman for the U.S.-backed and Kurdish-led Syrian Democratic Forces, said two rockets were fired at al-Omar field in Syria’s eastern province of Deir Ezzor without inflicting any casualties. He added that it was not immediately clear where the rockets were fired from.

Other reports, however, said the blasts were caused as a result of “training” activity taking place among foreign forces there.

Hours later, the US officially denied the reports, saying they were false.

“There is no truth to the reports that U.S. forces in Syria were attacked by rockets today,” tweeted coalition spokesman Col. Wayne Marotto.

Then, later on July 4th, the Syrian Democratic Forces denied reports that another base housing U.S. troops was hit, saying the sounds of explosions at the facility, known as Conoco, were from training with live ammunition.

The alleged rocket attack on al-Omar came six days after U.S. troops in eastern Syria came under a similar attack. Last week’s attack came a day after U.S. Air Force planes carried out airstrikes near the Iraq-Syria border against what the Pentagon said were facilities used by Iran-backed militia groups to support drone strikes inside Iraq.

Still, in nearby Iraq, a US convoy was subject to an IED attack the Baghdad governorate. Attacks such as these are incredibly common and happen all the time.

More severe attacks are also expected, in response to the US strikes along the Syria-Iraq border that left at least 7 Popular Mobilization Units (PMU) dead.

Time for Syria to openly attack the US invaders of their country with all the weapons available.

The humiliating defeat of the dumbass Americunt cowards in Afghanistan has not gone unnoticed and resistance to their illegal and brutal occupation of Syrian Northeast and support for ISIS terrorists is now openly being brought out in the open. Sergei Lavrov who is mostly diplomatic for the first time openly said that the Americunts need to stop stealing Syrian oil to fund terrorism.

No good asking them,they have to be made to stop,its amazing what a few body bags can achieve.

The days of stealing Syrian oil are coming to an end,

I guess that US troops are not performing live ammo drills on 4th of July, their independence day, as any life drills will cause required weapons cleaning and maintenance. Soldiers would take this as punishment, as it shortens their off time to join the celebration.

Just a bit of bellyache LOLOL

Okay with all the trash food they eat, it would be possible.

If Syria has to destroy the oil fields,deny the invader its called scorched earth,they should hit them with Ballistic missiles.

foolish tactic since the yanks dont care about the oil but simply do not want syria to have it ,syria would only be destroying its own badly needed resource ,instead they should be targeting the yanki bases and making life miserable for them ,they need to fight the yanks off there land to get back the resources and lands being denied to them

Stupid americans thought the fool trump was not a zionist shill and would make america THE priority of his presidency? Remember his idiotic “sword dance” with wahhabi inbred clowns?

Yes!! get out of Afghanistan, Syria and iraq!!!