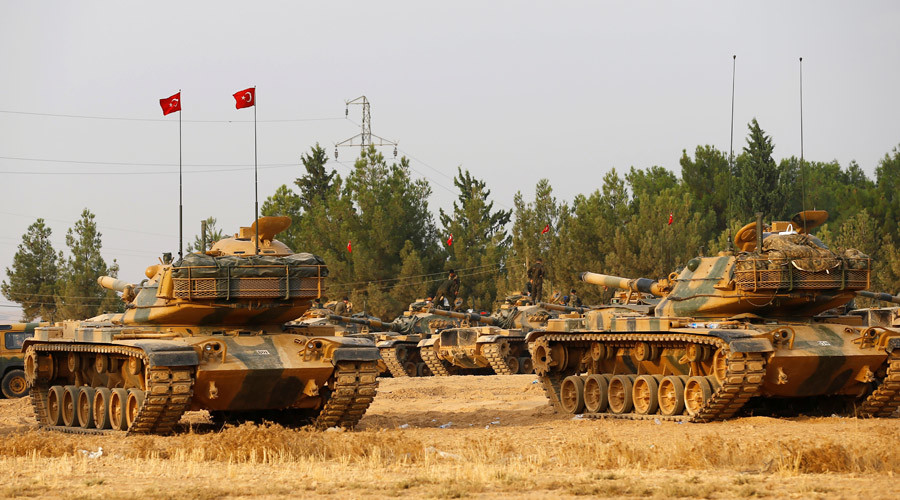 Late on October 13, a rocket attack targeted a key base of the Turkish military in the northern Syrian governorate of Aleppo.

Several rockets hit the base, which is located near the town of Dabiq in the northern countryside of Aleppo. However, no casualties or material losses were reported after the attack.

The Kurdish-led Syrian Democratic Forces (SDF) was blamed for the attack. The rockets were allegedly launched from a pocket in the northern Aleppo countryside jointly held by the group and Syrian government forces.

This was the second indirect fire attack to target the Turkish base in Dabiq in less than a week. On October 8, the base was struck by several artillery shells and rockets. The attack, which resulted in material losses only, was also blamed on the SDF.

The new rocket attack on Dabiq base was likely carried out by the SDF or one of its affiliates, like the Afrin Liberation Forces, in response to recent Turkish drone strikes on the group’s territory in the northeastern Syrian governorate of al-Hasakah.

Three drone strikes hit the northern and northeastern countryside of al-Hasakah on October 12 and 13. The strikes killed a personal of the SDF’s Syriac Security Office, Sutoro, and wounded three others.

The Turkish military and its proxies have already responded to the rocket attack on Dabiq base by shelling several SDF-held towns and villages in the northern Aleppo countryside. Still, a new wave of Turkish drone strikes could hit the group’s areas of influence in northern and northeastern Syria in the upcoming few days.

Very well! Dig the RATS in ITS holes! HTS entered Afrin because of these OGRES! President Assad, when will you EXPLE INHUMAN GENOCIDALS AND ITS JIHADIVHIHUAHUAS? Do you want to reconcile with Kurds? That’s the way! Russia, SAA and YPG to SQUEEZE THE INVADERS INHUMAN GENOCIDAL OGRES!