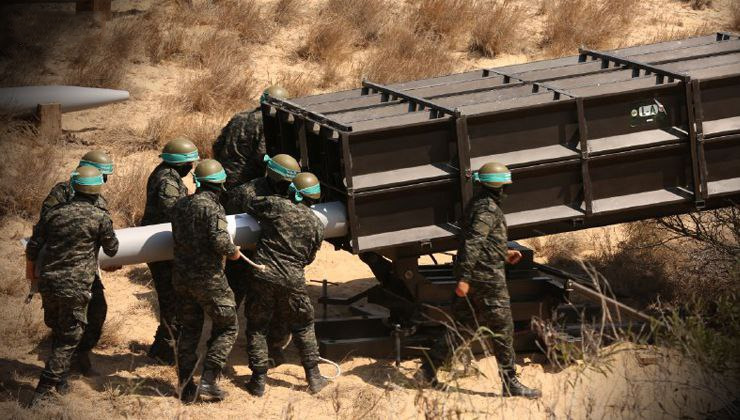 On May 29, Brig. Gen. Esmail Qaani, commander of Iran’s Quds Force, praised the military performance of Palestinian factions during the recent battle in the Gaza Strip.

The battle broke out on May 10 when Palestinian factions launched a barrage of rockets from Gaza at Jerusalem. The Israeli military responded with a military operation that ended on May 21 with a ceasefire brokered by Egypt.

According to the Fars News Agency, the Iranian commander said that Israel should think of an imminent delivery of rule over the Occupied Lands to the Palestinians.

“Many of the infrastructural facilities were within the reach of Palestinian missiles and could be targeted but, they [Resistance groups] refused to target them because it will not take long for Palestinians to use these facilities,” the commander said.

Brig. Gen Qaani went on to reveal that the number of rocket fired by Palestinian factions at Israel during the first three days of the war was as many as the rockets launched during the entire 2008-2009 Gaza battle, known as the “22-Day War”.

“We all witnessed how Gaza bravely defended all Palestinian lands, despite being under sanctions for 15 years,” Qaani said. “The Palestinian Resistance acted in such a way that from the first day, the Zionist regime begged its friendly countries to call on the Palestinians to stop the war.”

The commander also revealed that around 3,000 of the rockets launched from the Gaza Strip during the battle were domestically made by Palestinian factions.

According to the Israeli military, more than 4,360 rockets were launched from Gaza. A total of 12 people in Israel were killed as a result of Palestinian rocket fire. Dozens others were wounded.

Qaani’s remarks carry a message to the Israel that Iran will not cease its support for Palestinian factions in Gaza. Tehran’s military, technical and financial support has been critical for these factions.

Israel, the global apartheid state that us supported by the US and friends.

„Gen. Esmail Qaani” – Hahaha, he’s p!ssed off that iranian forces can’t do anything against Israel ^^

The regime whines at the UN when they feel threatened. Let’s face it, the regime sees a child carrying a stone or kids playing football on beach as a threat. They whine and show drawings they made on the plane of how they are threatened, yet totally ignore international law, the UN, and they block humanitarian aid.

The isreali apartheid regime is also responsible for the deaths of 2000 americans on Sept 11th, along with gov’t agencies in america and Blighty. They are responsible for a few hundred more because of their bombing of an america barracks in Beirut.