In the early hours of April 6th, rockets struck near a site connected with foreign oil firms and state-run companies in Iraq’s southern city of Basra.

According to Reuters, citing oil and police sources there were no damages and no casualties as a result of the attack.

The rockets, which police said were three Katyusha and were launched at about 3 a.m. local time, hit the Burjesia residential and operations headquarters west of Basra, they said.

The area has been largely empty in recent weeks because of the evacuation of nearly all foreign personnel due to the coronavirus crisis.

Two officials with state-run Basra Oil Co. (BOC), which oversees oil operation in the south, said the attack had not affected production and export operations.

US News, citing police sources said that a rocket launcher and unused rockets were found in a nearby farmland area.

Meanwhile, due to the oil price war initiated by Saudi Arabia, Iraq is spiraling in a crisis.

#Iraq security forces say 3 rockets fired at Halliburton base in Burjasiya, another 11 found in launchers nearby.

Sources near field say US workers evacuated long ago, but Iraqis & other foreigners do live 300-400m away.

As mentioned above, the US company Haliburton operates in the Zubeir oil field, and this was the first such attack since June 2019.

The attack near Haliburton is no accident, and it is not isolated. Iraq’s biggest Shiite armed groups announced in a joint statement that U.S. troops in the country will be dealt with as an occupation force from now on.

“You [U.S. forces] have proven to everyone that you are occupation forces and that you only respect the language of force, on these bases you will be dealt with and be aware that all operations which were carried out against you were only a minor response to your aggressions as the decision to carry out operations [against U.S. forces] was not taken back then,” the statement, that was released on April 4, read.

The attack could potentially also be from Usbat al-Tha’ireen (UT) (The movement of Revolutionary Association; the League of Revolutionaries), a new group who has issued several statements in threat of the US, and has taken responsibility for at least one attack on US bases.

“The movement of Revolutionary Association, Usbat al-Tha’ireen, promises the Iraqi people, the families of martyrs and the people who were wounded by the enemies and their allies, the devil America, we promise that what happened in Taji and Basmea is nothing but a simple message to clarify the fact that this is the least that we can use against them, also to clarify that our victorious, blooming, full of pride and dignity resent has more long rang weapons that can perish you in the land of your spoiled child Israel,” the group’s member said in a video which revealed the group.

Separately, the political and economic crisis in Iraq seems far from over.

In his first interview on TV, Iraqi Prime Minister designate Adnan Zurfi said that if the oil prices don’t recover,

Iraq’s prime minister designate Adnan al-Zurfi announced that he has sent his list of cabinet candidates and agenda to parliament for approval on April 4th, according to state media, in a bid to tackle the country’s political stasis.

The policy agenda submitted includes items related to the government’s coronavirus response, improving relations with the Kurdistan Regional Government, and women’s empowerment. As per the Iraqi constitution, the PM designate has 48 hours to send the resumes of the selected candidates to parliament.

With Friends Like These: Belarusian Activist Found Hanged In Kiev Park

According to wiki the oilfields is owned like this:

Halliburton is a supplier and contractor. Ownership does not mean operation.

And who gets awarded a contract means nothing, as the contractors then split all the work into various sub contractors.

This is called construction management. Something you know nothing about.

Get back the the tuborgs, i will join you with a bud light in approximayely 4.5 hours.

Until the cheers, of the coffee variety!

Why do guys bother responding to a certified moron? Jens is in a mental health facility with limited access to the internet.

They must be working wonders at that facility if he has been upgraded to moron level from idiot.

The Iraqian Goverment love its facilities being bombarded by its own.

I knew it. Assads are the inspiration. Russians also has a program there named as “Weapon for no oil”.

Senior MORON lol. BTW, the moron is a very lonely senile mental patient and craves attention, any attention, and unlike most rational people he simply spams garbled google translate comments in incomprehensible English. The Moron needs to be banned as he ruins threads, just like hasbara does. Total fuckwit, dumber than any supposed Dane, that he claims to be, that I have ever met. Best to ignore mental patients in lockdown, it just havoc for them :)

As written above Halliburton is hired handsa. Why not attack the pwners doing that.

But oh no. Thats the Bagdad in their best Maliki style and Ypu wont get the tax money from it for it, where You get a mini barebone or two after the pig is eaten.

You not even check facts about it. You and 12 other sheep has decided things in a circle with Your hairy behinds to Your world.

Isnt it the owners who has hired Halliburton???

So who hired those contractors? The Eastern Bunnies from ME? Father Christmas? Maduro from Venezuela?

Much to me as You and Your 12 sheep prefare to attack the wrong end of the horse because Your brains are in that end on Yourself.

Danes train Iraqi soldiers to attack machineguns and not flying bullets too.

Dick Cheney was part owner of Haliburton which had contracts to supply the US army in Iraq with everything including petrol. food and toilet paper. Why do think Cheney was so keen to get Bush to invade Iraq.
In March 2003, Kellogg Brown & Root, Halliburton’s construction and engineering subsidiary, received from the Pentagon what is called a sole-source contract, meaning it was awarded without bidding, to restore and operate Iraqi oil wells. The contract, which was classified when it was awarded just before the invasion of Iraq, could be worth as much as $7 billion.
One of the top profiteers from the Iraq War was oil field services corporation, Halliburton. Halliburton gained $39.5 billion in “federal contracts related to the Iraq war”. Many individuals have asserted that there were profit motives for the Bush-Cheney administration to invade Iraq in 2003.

Of curse there was. There are many kinds of winners and loosers in all wars.

Now go and buy an Egyptian bisqut from those days. The Egyptians insiste in delivering food for oil to Saddam.

The result was buicuits in billions having hardly a single nutricien in it.

So you knew all about Haliburton afterall yet you seeee NO Haliburton. Just shows you write to shit stir.. rather than add to the conversation.. Go sit on your biscuit which obviously has more brain cells than you..

Yes they are contracted by the Iraqi goverment as well as South Korea. 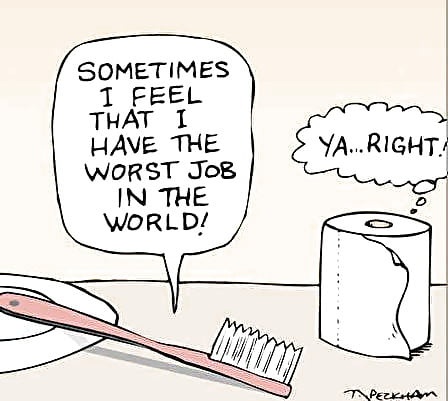 Great to see the MIC beneficiaries getting a bit of karma, now we just need some decent hypersonic moabs homing in on their Bilderberg masters annual conference.

They postponed the Bilderberg gang’s meeting. No one knows when it will take place… So better keep the MOABs in storage for the right time…..

An IED attack has just killed the Americunt oil stealing lardass scum in Syria. SF will post that soon hopefully.

US soldier killed in ambush in eastern Syria: Al-Mayadeen

US SPECIAL FORCES OFFICER, 2 KURDS KILLED IN A AMBUSH

A US officer has been killed in an ambush in the eastern Syrian province of Dayr al-Zawr.

The ambush, which was reportedly carried out by an unknown group,
targeted vehicles of the US-led coalition, Syria’s official news agency
SANA reported.

Two Kurdish militants allied with US occupation forces were also killed along with the American serviceman.

The body of the US officer was transported to a base run by American forces in the province of Hassakah.

Local resistance forces have claimed responsibility and issued a warning to end US occupation of the oil rich Syrian province.

The ambush came less than a month after a US military convoy was forced to retreat from an area in Syria’s Hassakah after government forces blocked its way and groups of angry local residents, upset with its presence in the region, threw stones at the US convoy and American soldiers opened fire on civilians killing a child.

The real number of casualties appears to be higher.

production and export operations will be affected in the not too distant future at which time the yankeetwats might very well be hit by one or more of the missiles sent on the mission to kick the yankeetwats home to mom and applepie and low-education schooling and absence of health care and an disintegrating infrastructure.

where is the saviour offering a bounty on trump’s head and his family (reduced rate), om fatso’s head and his family (seriously reduced bounty)and abrams with family, one bounty for all. It’s about time that the world responds in a tit for tat manner and given the amount of money sloshing around it is surprising no one has offered up bounties on the yankeetwat morons..

Looks like someone trying to raise the oil price …

Shortly, I would expect news of attacks on Haliburton and other US oil companies, to be denied by the Stock Exchange, lol.

Reuter’s need an oil source to confirm a rocket attack!

The Ministry of Truth is coming.

Grade AAA+ news. You wanted this, now you get it.

100 katyusha rockets would’ve been better
or a grad salvo

The Americunts are most scared of IED’s as they maim the lardass childkillers and then the mean nasty greedy inhuman Americunt society rejects the wounded cannon fodder and they live miserable homeless life of truants on the mean streets. 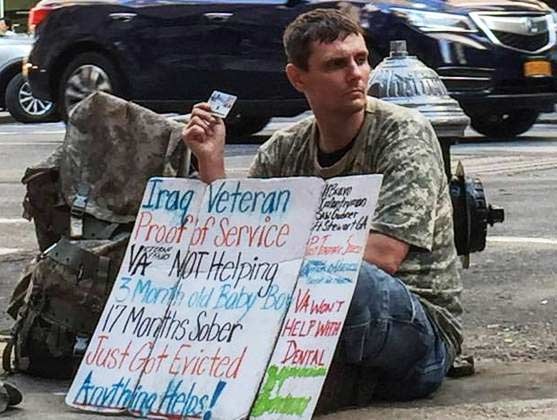