UPDATE: 3 US-led coalition personnel were killed in the incident.

On March 11 afternoon, a rocket salvo hit the Iraq’s Camp Taji where troops of the U.S.-led coalition are known to be stationed.

Iraq’s Security Media Cell said ten rockets landed in the military camp, which is located in a rural region approximately 27 km north of the capital, Baghdad. From its side, the U.S.-led coalition said the camp was struck with fifteen rockets. Nevertheless, the attack didn’t result in any losses.

Within a few minutes, Iraqi security forces uncovered a rocket launcher with 40 107 mm barrels near Camp Taji. The launcher was installed in the back of Kia Bongo truck. Three rockets were still loaded into the launcher.

The last few months witnessed several rocket attacks on Iraqi bases hosting U.S. troops as well as on Washington’s diplomatic mission in Baghdad. Most of these attacks didn’t result in any losses.

The only deadly rocket strike targeted the K1 base on December 27 of 2019. A U.S. military contractor was killed. The U.S. military responded with a series of airstrikes on Iraq and Syria, killing dozens of Iraqi fighters.

The U.S. believe that Iraqi Shiite groups affiliated with Iran’s Islamic Revolutionary Guard Corps (IRGC) were behind at least some of these rocket attacks. However, there is no evidence supporting these accusations, as for now.

The US needs to leave Iraq

Also you why the US threatens Iraq with sanctions.
Becuase is Iraq default on its dept to the US mean

The Zionists are dragging the US into the abyss with endless that only serve Zionist interests at the expense of the west.

Not that they would admit if there were casulties.
Hope there werent.

There are casualties, 2 US and 1 Brit dead at least 11 wounded. Iran is suspected behind attack.

Could you share source?
I’m not expecting America to ever admit to casualties.

Google and filter for past hour, rocket attack Baghdad. There are many stories now coming out.

Thanks btw this report is ridiculous so 2 US officials admit to causalities then say it’s not final report things may change later on
Then Iraqi army comes out and says no causalities this is absolutely astonishing how can you straight lie about something you admitted too just the day before.

They are either dead or not

The Pentagon and the limey gits have just confirmed 3 dead, 2 Americunt arseholes and a Limey faggot. The real number is much higher as 37 122mm rockets were fired and all landed inside the Taji base.

Guys get a grip and learn to google, all news wire reports have it.

RT is one of the most reliable international sources of information. They actually make an effort to get things right, which is way different than western MSM.

LOL except when something bad happens in Russia

Nope. RT was the first place I read about the Magnitogorsk apartment collapse and the Mall fires. It was a second source for the Su-25 shootdown and the Russian soldier who attacked and killed his fellow servicemen.

Me too but that’s because that events can’t be avoided by any tabloid, however I was referring more to the economy.

If it’s true then it’s big..the U.S will respond.

It is true. The pandemic is moving into the next phase. People do not yet fully realize what is coming. Be prepared, keep safe, you and those close ones. Cheers

Jew parasitic pandemic has been around for 2000 years and is now abating.

Trump is to busy mismanaging Corona mitigation.
So sorry Rusty Iron, no response. :(

Rubbish, nothing to do with Iran, the Americunts and NATO faggots invaded Iraq and are killing millions and resistance is a natural consequences.

Yes, I have just read that on Sputnik.

What are you hearing about any US response? Trump is addressing the nation at this moment. I plan to research into this after Trump, have been busy past few hours.

Trump has just shut down any flights from Europe for 30 days :)

At least 3 confirmed dead and a dozen with severe diarrhea and headache :)

Buona sera bambini, as I said the Americunt arseholes are just beginning to see a concerted resistance revamping in Iraq and Syria. At least 2 of the lardass morons and one limet git has been killed as a barrage of 37 122mm rockets hot the occupation forces base in broad daylight, most likely fired by the Iraqi armry/

Reuters citing preliminary information.US military officials, speaking on the condition of anonymity, said that about a dozen coalition personnel had also been injured in the attack. They stressed that this
was initial information and the number of casualties is expected to rise.

expecting another plane crash from us plane and everyone died

At least 10 wounded as barrage of Katyusha rockets hits Taji military base near Baghdad where US personnel are housed.

Allegedly 2 US Service Personnel and 1 UK, with casualties. They were asked to leave.

They are bringing in 105mm mountain howitzers from Afghanistan to support their alCIAda terrorists in Syria. The Americunts will face a major war of resistance in the whole region soon.

Saw that, the uninvited invaders bringing in heavy weapons.

They will be leaving for home now :)

They have had a hissy fit first. Will need more body bags before they take the hint and demands to leave. I wonder why the need such a large Embassy in Iraq?

The embassy compound in Iraq is a staging post for CIA black opps, drugs and arms trafficking globally.

“More than a million kilograms of cargo were shipped from Baghdad to different parts of the world, reveals US embassies procurement documents.

Mysterious cargo shipments from the US Embassy in Baghdad to other American embassies and consulates around the world have been revealed on a Wikileaks’ database. ”

I seriously do not understand why anybody would wish to host an Embassy for the US? Especially when Benghazi exposed so much of their dirty work.

Off topic this might interest you and needs sharing:

‘…According to John Solomon, the British government “hand-delivered” the letter to Flynn’s legal team that “totally disavowed any credibility of Christopher Steele, and would have completely destroyed the Russia collusion narrative,” Sidney Powell said…’

Nanoko
Reply to  AM Hants

Oh. So you have a pattern of commenting “off topic”? Interesting. And you’ve been here for some time. Hmmnnn…..So, the question is….why???

AM Hants
Reply to  Nanoko

Darling, as stated, I have been commenting on these forums since 2014, with over 150,000 upvotes, when combining my two user names. So the regulars are fully aware of my history, how I post and what concerns me, which funnily enough concerns many other posters. Some stories need sharing, when their are no articles covering the story, or it is not yet in the public domain.

Carry on with your 5 D script.

AM Hants
Reply to  Nanoko

By the way, I was replying to Florian and recommending an article he might not have seen.

What was your reason to but into our conversation?

Nanoko
Reply to  AM Hants

Florian? What a beautiful name. Why was I responding to a public discussion? LOL I suggest you two swap inboxes if you require a private discussion. The jig is up, honey. For whatever reason you seem to want to disseminate information. I find it interesting actually. It’s so obvious and transparent.

And the the Russian Meddling meme continues to this day. It just goes to show that the US is a mafia state’

They have only got one script to work with.

Have you seen the Global Research Article, with regards the C Virus timeline and where it originated from? Not into the virus, owing to believing it is man made and from the usual mobsters, but, did like the article below. Just be careful who you invite to staged events. You never know what gifts they provide.

The ‘truth will out’ in time and IF there is evidence that the virus was a deliberate act , the consequence’s will be dire.

I wouldn’t be surprised if it’s the resistance movement who has been carrying out these covert attacks which they promised
https://m.youtube.com/watch?v=Fm51gadpDzo

Dude, Iraqi army is 90% Shia and do you think they love the Americunt murdering cowards who are ripping off their oil and have killed a million civilians and destroyed a once prosperous nation. 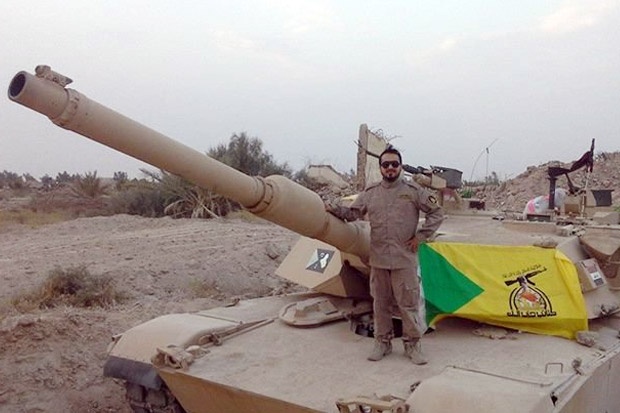 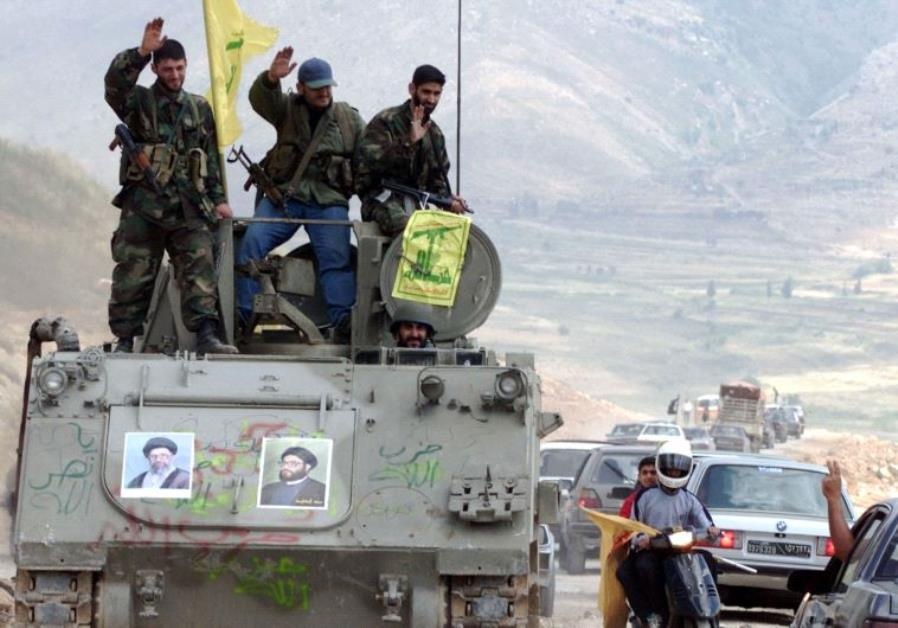 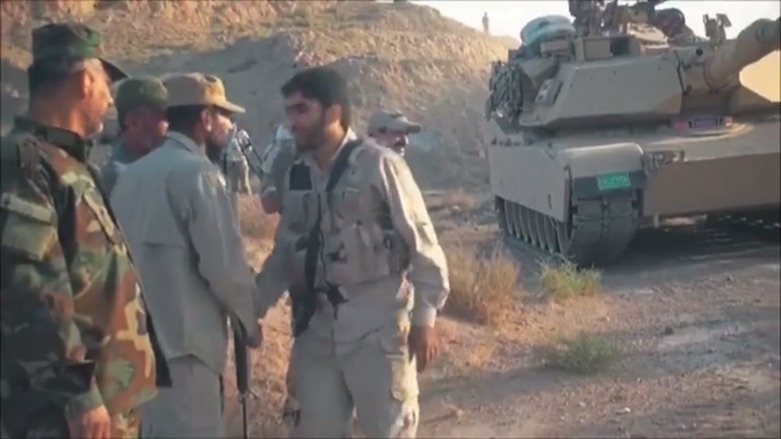 US Abrams M1 being handed over by Iraqi Kataeb Hezbollah to their Lebanese brothers at the Syrian border.

Assad must stay
Reply to  Kastaibes

The Americans and British also sent soldiers to Yemen today

Syria: Al-Mayadeen information: The shelling carried out at the Iraqi-Syrian border in the Syrian depth was carried out by drones and repeated bombardments— Y.N.M.S (@ynms79797979) March 11, 2020

US and NATO brutal occupation of Iraq is now well close to two decades and has brought nothing but misery for the Iraqi people and the region. Growing resistance is a natural consequence of US policies aimed at the destruction and destabilization of Arab and Muslim nations that challenge the Zionist monstrosity. It is surprising that a wider resistance is yet to take off.

* urgent *Syrian TV: Aerial aggression by the American coalition against the popular crowd in the southeastern area of ​​Albukamal in the countryside of Deir Ezzor.— Y.N.M.S (@ynms79797979) March 11, 2020

Intel: More hostile actions against US positions in Iraq expected.

The previous truck had 3 rows pointed towards the rear. This is a different design. Hit the launch button (maybe with time delay or cell phone call) and take off in another vehicle.

Sure it’s a different truck, but again there is no adjustment of any horizontal angle possible. Therefore – it’s useless with that thing your rocket goes somewhere into no where. Also how do you make sure your truck is parked right?
So no that’s all bull, that’s a fake for an escalation against Iran – who is, what a surprise – Corona sick…

Perhaps they use a sextant, it works great in clear skies. ARG 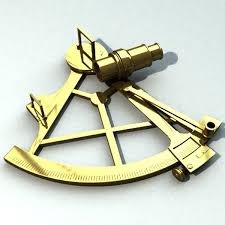 No I don’t see you as a troll. And this virus thing is a very sad story. Even many so called ‘truther’ talk a lot of bull about it. Even the ex CIA expert Robert Steel was and is calling it a fake. So if anybody fell for him, then he might have treated it as a fake, and took no precautions. Also Iran also has a masonic Hojjatieh Society, which has members in high places – so they might also know the concept of a masonic predetermined war. This, sadly, has to be always kept in mind…

Get the f… out of Iraq

good good and do it again and again till the fuckers lose faith – excellent concept, load the truck and position it for the attack fire away, walk away. wish they had better missiles/rockets and would aim for the americans in the green zone.

bongo truck hahahahah wtf YANKEE GET OUT OF IRAQ!!!!