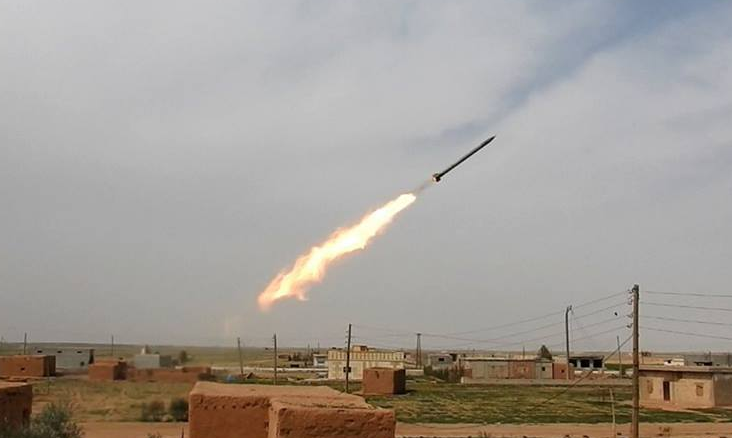 On November 23, a rocket attack targeted a large airfield of the US-led coalition located near the town of Khrab al-Jeer in the northeastern countryside of Syria’s al-Hasakah, according to the Syrian Arab News Agency.

The state-run agency said that five rockets struck the military airfield. The attack didn’t result in any casualties. US-led coalition fighter jets and helicopters were spotted flying over the airfield and nearby areas after the attack.

The US-led coalition first established Khrab al-Jeer airfield in 2016. Between 2019 and 2020, the airfield was drastically expanded.

The airfield has seven helipads and a 1,350-meter-long runway that is prepared to allow C-130 Hercules transport aircraft to take off and land with a fairly heavy load. Usually, two UH-60 Black Hawk utility helicopters and two AH-64 Apache attack helicopters are deployed at the airfield.

The US-led coalition and its main proxy in northeastern Syria, the Syrian Democratic Forces, have not commented on the alleged attack, so far.

A series of attacks targeted US military bases in Syria this year. The most recent attack hit al-Tanf garrison in the southeastern part of the country. Iran and its affiliates in Iraq and Syria were officially and unofficially blamed for many of these attacks.

Same old same old,what it needs is what Al Asad got.

Well it is a start I guess but all it will do will make the SDF flunkies do more patrol duty , especially at desert time.

Shooting on the invader who came to your country to rob, steal, murder and destroy is not attacking – its defending..

Attacking your enemies logistical facilities and transport means is probably the best and only way to conduct asymmetrical warfare in theatres like Iraq and Syria. A strong rear-guard action of constant sabotage will demoralize the invading troops and deprive them of tactical and strategic mobility rendering them sitting ducks to enemy fire.