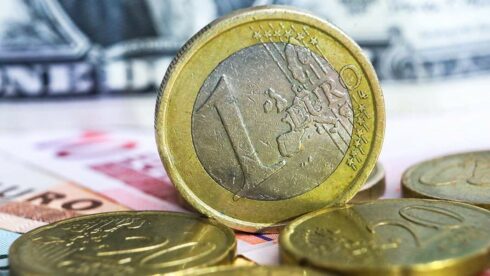 Sanctions are an economic tool that harms the person on whom they are imposed, but they cannot help but harm the person who imposed them, especially if these countries are economically linked to each other. The impact of the sanction war against Russia is a clear example of this concept. Let’s look at Europe:

The European Union became the main actor that imposed sanctions on Russia, which hit the European economy. In April the record inflation rate was 7.4%, in May the record was broken and inflation reached 8.1%. In addition to currency hikes, an important trigger for inflation was the rise in energy prices. The last time such a sagging economy was seen was in 1999, when the whole world was going through the 1998 crisis. Energy prices rose 39.2%, which is almost 40% higher than all previous prices. Higher prices for food, alcohol and tobacco products contributed to inflation, but here prices rose by 7.5%. In fact, there has been inflation in the EU before, but the Ukrainian crisis served as a catalyst.

The Europeans are thinking about what to do. At this stage, the most reasonable solution seems to be an interest rate hike, which has not happened since 2011. Christine Lagarde, head of the European Central Bank, expressed this idea at the beginning of May. She also said that the European Central Bank will try to take other measures, for example, to stop buying government bonds, and after that, the interest rate will be raised.

France and Germany will take several measures to optimize the economy to stop the acceleration of inflation. The inflation rate in Germany was close to 7.9% in May. According to the estimates by the standards of the European Union, the price increase amounted to 8.7%. As a measure to resolve the crisis, the government of the country has reduced the tax on gasoline and diesel fuel, and from June 1 has introduced concessional fares on public transport. On June 1, Chancellor Olaf Scholz, a Social Democrat, said he wanted to bring employers and unions together in “concerted action” to find ways to prevent an inflationary spiral.

The French economy shrank 0.2% in Q1 compared to the previous three months. The government has taken many steps to protect people and businesses from inflation, for example by limiting the rise in energy prices to 4%. France has one of the lowest inflation rates in the Eurozone. In addition, the government is currently working on new measures to protect the purchasing power of the French.

Inflation is distributed unevenly across the map of Europe and depends on the country’s dependence on Russian energy. The economies of the Baltic States were hit hard because they actively imported Russian gas, least of all Malta, where inflation was 5.6%. It should be taken into account that before the Russian sanctions, energy prices were gradually rising.

I would have thought you could have figured out by now that the strategy of those in control of our western countries is to DESTROY THE WHITE, WESTERN WORLD, not save it!

The MONSTERS want to sink their bloodied teeth into the flanks of Russia almost as much as they want Europe and the Americas corrupted beyond redemption.

Inflation makes the rich richer and the rest poorer They know. Class war needs good disguises when they’re only 1 %

France and Germany will be first down the crapper. Both countries have swallowed hard on the UN’s global warming’ narrative. With fuel prices driving inflation and France halving their energy production from their nuclear plants, the future doesn’t look good for the French people. Apparently Germany is to rely on wind power and solar. This hasn’t worked in the US where they have a lot more sunshine, and it won’t work in Germany where they have much less. Dim, being the operative word that explains Germany’s suicide.

All this chaos is by design. Inflation is an old weapon the banker and political shysters use to drive their ressessions and depressions. These are periodically done to fleece the public of money so that the elite shyster class can ride the bad times and become rich off the misery of millions. They also use the bad times, created by themselves, to increase taxes and deny you your human rights.

Civil war cometh everywhere. It does now seem to be the only way of breaking this shyster washing cycle. These freaks want to destroy your way of life. Maybe we should destroy it all before they do? And then ‘build back better’, before they do.

Inflation is not a problem for France. We need to get poorer and poorer to stop some money sharing ideas then repair many things here.

The official inflation figures from every western country are fake. If inflation isn’t a problem now, it soon will be. It’s baked into the NWO cake.

The Swab and his mates in the NWO want everything you currently own. Their engineered depressions give them the means to pick up everything on the cheap, until they have it all.

Inflation was rising long before the war started due to red hot money press printing in both USA/UK and even American monetary analysts admit another bank crash is imminent . This staged war by the USA/UK is to save Banks/US Big Business /The City/Wall Street as they have nothing to fall back on save the War Industry –basing the Ruble on Commodities instead of a “promise to pay -IE- nothing ” was a master-stroke by Russia . Yes the poor pay for this not the rich – George Soros– quote – my tax is the same as an ordinary worker – his business is based in Dublin.

Renewable energy is a good thing and increased fossil fuel based energy is going to make renewable energy very competitive. That being said sanctioning Russia is still a stupid Idea. Almost as stupid as overthrowing the elected government of Ukraine and installing Nazis to run the country. Putting this Nazi government next to Russia with the long term goal of destroying the country and looting its assets didn’t work out very well.

Why nobody talks about price increase made possible by lack of competition when talking about inflation? Typically, German retailler meet and agree to raise their price by 20-50% over the weekend, how is that not coordinated anti competitive practice? Cartels have the power and now the excuse to increase price without losing market shares.

It’s price fixing for sure but look at the world as a whole. Everywhere on earth is a shit hole with the exception of the west. That’s not my opinion by the way that’s the opinion of everyone that lives in those shit hole countries. How do I know? Look at immigration/emigration statistics for every country. Everyone is voting with their feet to go west. So where do you think all the wealth extraction is going to take place? If you guessed in the west you are correct. The west has the only population with any money left. So you raise prices on that consumer group as fast as you can and you use any excuse to do it. Davos wants global citizens (ie everyone is so poor they stay where they were born). Funny thing is though, is that it has been this way since the beginning of time. I seem to remember the east India tea company had a monopoly but they aren’t doing very well these days. That’s called a business cycle and nobody sees it coming, no matter how smart or how connected they are. The fools in charge will last longer than you or I but they won’t last forever. History is the guide no one guides history.

They are pushed by their providers: while there are some cartel practices in oligopolistic sectors like energy (which should be nationalized outright), the small business have the hard choice of raising prices or losing money, or maybe both (because they lose customers anyhow). The key monopolistic sectors are energy, housing and banking as far as I can tell (also BigPharma but that seems unrelated, it applies rather to the “pandemic” developments).

Europe is ruled by traitors and the public opinion is almost totally under control of the US oligarchy. We have been turned into a colony and we will lament it before we will even consider doing something about it (i.e. a revolution, much more needed than ever before).

The Joos are destroying western society exactly as planned. Divide and conquer is their game. Sit back and watch us destroy ourselves. Religion vs religion, poor vs rich, Blacks vs whites, gay vs straight, men vs women, pro Russian vs anti Russian, vaxxed vs unvaxxed etc etc etc.