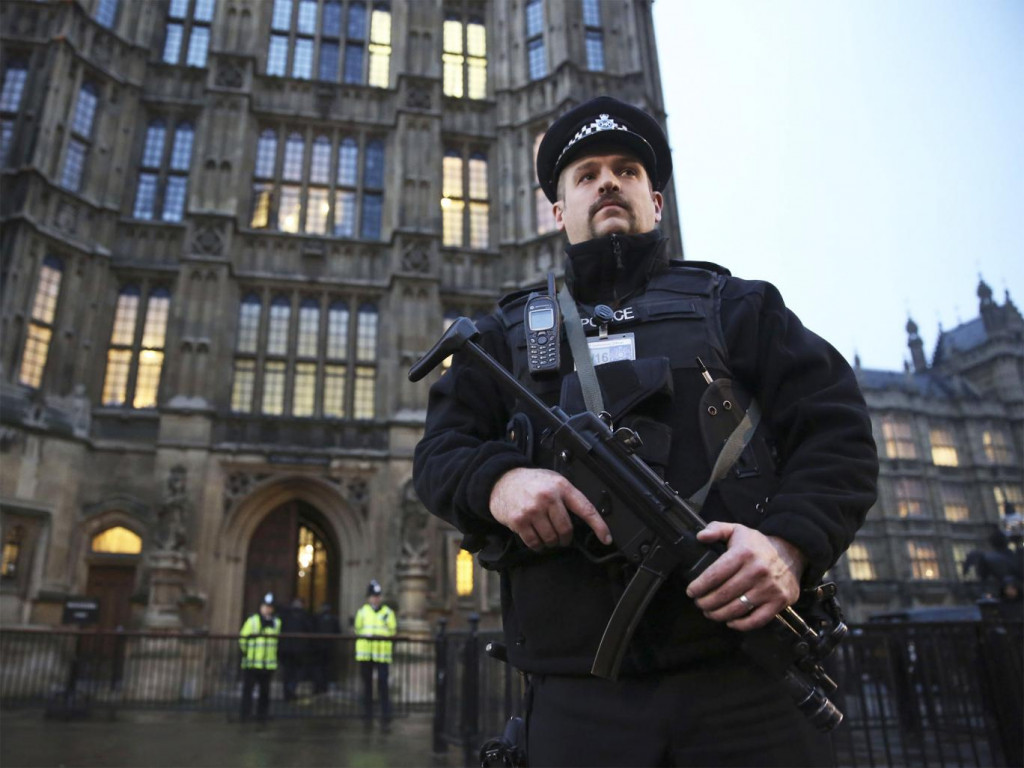 An armed British Police officer outside the Houses of Parliament Reuters

Rich Russians are fleeing from the United Kingdom to their homeland, according to remarks by a spokesperson of the Russian Foreign Ministry.

The UK is a well known place where representatives of the Russian top class and elites like to spend time and teach their children. However, it appears that the COVID-19 outbreak accidentally led to the renessance of their patriotism.

They are fleeing because they know the economic reset is coming and the CIA and MI6 will kill them and steal their money, wouldnt be the first case. In Russia they will only pay 15% tax and stay alive, I would say thats a good deal.

Haha rich pppl are trolled by you and you get tens of billions back to Russia, even if you are rewarded a tiny portion of it, you’re still rich. Prepare your bank accounts.

I wish you were right :)

occupybacon is of the leper colony writing for and on behalf of the jews in tel aviv! should be ignored big way!

Please don’t ignore me, I don’t wat to be fired, especialy during this crisis

Their passports should be cancelled until they transfer the stolen Russian wealth back.

UK has only 10k cases until now and the outbreak started one month before in Russia, these are just fake news

I would say that is a very good point. They know who exactly did the same to those that came before them.

One should be cautious about calling these opportunists “Russians”, most are Jews who are using Russia’s immense riches to enrich themselves and weaken national security. Russia and old Soviet states have always had problems with the Jew 5th column in their midst and hence hundreds of pograms to get rid of them. Soviet Union was undermined by these “dissidents” too who were on CIA payroll. Russia should clamp down on these vultures and expel the Jews or will be a target for ever.

They know the truth about “Diversity”.

Democracy has its drawbacks

Maybe Russian oligarchs are heading home before the UK does its lockdown and then resets the financial system, whilst everything but local shops are closed.

The oligarchs would rather they had their money in a Russian gold backed system than the asthmatic, ravaged, and rapidly failing system we have in the west, for now.

Our currency has devolved from something of value to ever elaborate pieces of plastic. Soon, there won’t even be that, and economies will crash and inflate a lot more often due to banks having us all by the balls.

It may mean the death of the sole trader unless they accept the weekly audit by their caring bank who love their customers so much, they don’t even bother securing their depositors against bankruptcy. The tax payer gets that bill.

So bye bye Russian oligarchs, and probably most of London’s high property prices.

That’s why the ruble drops faster than most of the currencies, they want to reset everythig and start from 0

The present climate is a golden opportunity for gov’ts to do all manner of things. We should be vigilant. Gov’t is not your friend, not in the west anyway.

They already started to steal everything left, soon we’ll be like Russians, only rich and poor, no middle class

Russia should not allow them back….many are anti-Russia propagandists who are Jewish NeoLiberals. They got rich by raping Soviet Union state assets back in the 1990’s

Calling these corrupt oligarchs and Jews “Russians” is an insult to Russians. They are nothing but parasitic vultures who stole Russian wealth for their western masters. Their passports should be confiscated and they should be tried.

How many were thrown out of Russia and forced into a life of exile? Why would Russia want them back, when things are going so nicely for them?

Maria Zakharova’s words never sounded more true. I hope the Russian government imposes a very large entrance fee, a head tax if you will. The exceptions would be the children who were born aboard. It’s not as if they had a choice.

“You’ve been duped for years for your own money. You were duped and paid gold for corruption, for an illusion, instead of supporting your country and your people, who with Titanic efforts, patience and love restored the state after the collapse of the USSR and the collapse of the 90’s.So in many countries that you brought money to, bought real estate and built a business, you are now shown the door. Tough and unemotional with the words “nothing personal, just business”.

Then please start with the basics-respect for the country and its people.”

England? Might as well live in Pakistan or Saudi Arabia.