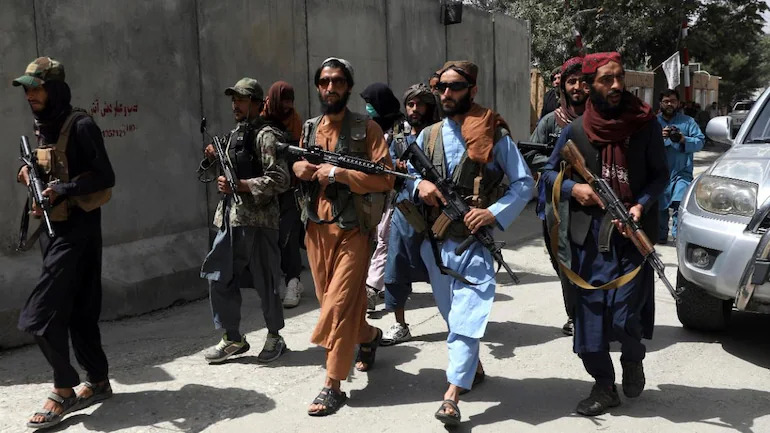 On August 30th, resistance forces in Afghanistan’s northern province of Panjshir, which refuses to recognize the Taliban authority repelled an attack on its outpost in the province’s western part.

7 or 8 Taliban fighters were killed in a fight that broke out in Panjshir where resistance forces are holding a last stand against the outfit in Afghanistan, Fahim Dashty, the spokesperson of Ahmad Massoud who is leading the resistance movement to the Taliban, said.

Dashty said the Taliban launched an attack on Monday night on Panjshir where resistance forces are holding a last stand against the outfit in Afghanistan. He said both sides suffered injuries.

“Today, the Taliban tried to break into Panjshir via a western outpost, moving from Andarab [in the Baghlan Province bordering Panjshir], but their attack was repelled. There are casualties among the Taliban fighters, several militants were taken prisoner. The situation in the region is now calm,” an unnamed source, cited by Russian state news agency TASS reported.

According to the source, the Taliban has been concentrating forces around Panjshir.

“The negotiating process is yielding no results. The Taliban are apparently getting prepared for combat operations and it was a kind of a probing action,” he added.

On August 29th, the Taliban shut down internet services in Panjshir in an attempt to prevent former vice president Amrullah Saleh, who joined Panjshir forces, from sharing his messages on Twitter.

Saleh had earlier declared himself as the legitimate caretaker president of Afghanistan as per the country’s constitution after former Afghanistan president Ashraf Ghani fled the country on August 15 following Taliban takeover.

Panjshir is the only Afghanistan province that has not yet fallen to the Taliban. Several Taliban opponents have gathered in Panjshir. Ahmad Massoud, the son of legendary Afghan rebel commander Ahmad Shah Massoud, is presently in Panjshir valley along with Amrullah Saleh.

Abdul Hafiz Mansoor, who represents Panjshir at talks with the Taliban, said on August 25th that the first direct talks between delegations from the National Resistance Front (NRF) and the Taliban radical movement had been held in the city of Charikar.

According to Mansoor, the sides agreed to continue peace dialogue in order to avoid armed confrontation.

On August 26th, Fahim Dashti, spokesman for the resistance movement said that an agreement on a cessation of hostilities with the Taliban was only being negotiated.

He said that Panjshir disagrees with the idea of introducing a “symbolic representation of ethnic groups in the government” and insists on forming truly inclusive government bodies.

The re-supply danger is not from major powers but from groups operating from the “stans” under the radar of Russia and China. Even the CIA/NATO could use these countries to support Panjshir rebels. Taliban will have to use reconnaissance and attack drones – that will limit casualties and sort out the problem permanently – no need for “talks”

More likely they not they were promised the moon by some actors. They had to do some betrayal before changing their position. Let’s see what they get.

Must be your Mama’s Gay anus

Did they put it in a jar?

” Indeed, without a major resupply operation the Taliban will lay siege during the coming winter and starve out the remnants of the NA ”

Why is this same strategy not applied in Idlib ?

Ahson
Reply to  Fog of War

PolSci
Reply to  Fog of War

Geographically, this is near impossible to employ within Idlib. The fact that Turkey supports and boarders the region allows freedom for militants to not only cross international borders for redeployment, but also be resupply.

resistance will always win, they are trained by ukranians

Shiite motherfuckers. Let’s see how long you’ll last. This is not Iraq, Syria, Lebanon or Yemen. You’re up against REAL Sunni warriors now.

Freemason
Reply to  The Objective

Go ff..uk yourself and all jihadist