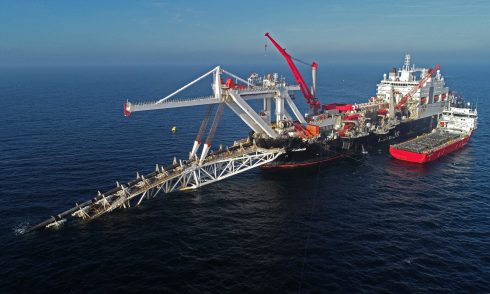 Biden could be accused of cooperating with Russia if he refuses to approve the bill or face frictions with Europe if he supports it.

After announcing an alleviation of sanctions, Washington’s “carte blanche” to Nord Stream 2 may be close to being reversed. Recently, the Republicans amended next year’s defense bill, extending coercive measures against the pipeline. If Biden approves the bill, he will enter into tensions with Europe again, but if he rejects it, he will come under heavy pressure from the Senate, with lawmakers accusing him of collaborating with Moscow.

According to information provided by members of the Senate Foreign Relations Committee, a group of Republican senators introduced an amendment to next year’s US Defense Policy bill, requiring the imposition of new sanctions on Nord Stream 2 AG – the company that manages the pipeline, extending Washington’s boycott against the Russian-German cooperation. In an official statement, the senators responsible for the maneuver justified the amendment with several geopolitical arguments, mainly in favor of greater US cooperation with Ukraine and emphasizing that allowing the free operation of the pipeline will result in a bigger Russian influence in Europe.

Rob Portmang, Republican Senator from Ohio, said the following about the case: “The Biden administration’s decision to waive the congressionally mandated sanctions has emboldened President Putin, while hurting our ally Ukraine, at a time when Russian troops are once again surging to Ukrainian-Russian border – implementation of these sanctions are crucial to supporting European independence and energy security”. In the same sense, Tom Cotton, Senator from Arkansas, said: “The Nord Stream 2 pipeline will expand Russian influence and threaten energy security throughout Europe. Since the Biden administration won’t hold Putin accountable, Congress must take action to ensure our NATO allies aren’t hostage to Russian energy”.

The aforementioned bill currently receives bipartisan support, which is why it is expected that it will be easily approved by the Senate. The document establishes a budget amount of nearly 770 billion dollars to be invested in the defense sector, emphasizing the main current concerns of American defense policy. With the recent amendment, the Nord Stream 2 pipeline is seen as one of the biggest obstacles to American national security. The rhetorical logic used by lawmakers is simple: with the pipeline, Russian influence over Europe will expand, raising security risks for the entire Western world, mainly for US allies closest to the Russian border, such as Ukraine and Poland. As a result, boycotting energy cooperation between Russia and Germany becomes a State priority for Washington from next year on.

Interestingly, the amendment to the bill brings some rather curious reflections on the current domestic US political scenario. Before the advent of Joe Biden’s Administration, accusing Republicans of leniency with the supposed “Russian threat” was commonplace among Democrats. Former President Donald Trump was severely criticized during his term for having reduced the focus of the opposition to Russia in US defense strategy, moving the center of American foreign policy from fighting Russia to a trade war with China.

Biden came up with a promise to “save” US global hegemony but was faced with a reality he did not expect. Despite being ideologically committed to the idea of ​​his country exerting dominance over the entire world, Biden realized that material conditions would not allow him to maintain an open opposition policy to all of Washington’s geopolitical rivals, considering the almost inevitable process of the rise of a multipolar world. As a result, Biden declined several of his initial intentions and took a stance reasonably close to Trump’s, which can be seen with the Nord Stream’s carte blanche.

In practice, this has brought a profound rhetorical reversal: now, it is the Republicans who accuse Biden of being lenient with US’ enemies. But it is not just the Republicans who agree with this. A considerable part of the Democrats is disappointed with Biden, as it is evident that he is failing to carry out his initial plans. And with that we can understand the case of the amendment: the Republicans took the lead in the pressure against the government for the intensification of the sanctions on Russia; the Democrats have not done this before, although they agree with the measure, as it would weaken the party’s structure by putting pressure on a Democrat president, but the party’s lawmakers support the bill, so the pressure from the Democrats is more “passive”.

Now, everything is clear in the American game: the Senate supports the boycott against Russia and is not concerned about the challenges this will bring to the White House. In fact, Biden can veto the amendment, but that will have very serious consequences for him, as he will face open opposition from the entire Senate – including members of his own party. On the other hand, if Biden allows the project, he will face diplomatic frictions on the European continent and start a new era of tensions with a Germany in transition of government and progressively interested in improving its autonomy. So, in both cases, Joe Biden is going to lose the most.

The American conts are clearly OUT OF EFFING PLACE!!!? WTF has a Russian and German business venture has to do with them??? Isn’t it time for the Germans especially to put these evil wrong doers in their place???

Trouble is they are all vassal states,they have pimped their Countries out to the US Reich,lets see how the Germans like paying three times more for American gas transported thousands of miles.

Russia can wait. Germany and the EU cant. That simple.

Thats partly correct. But You are wrong doing this to a Russian-EU thing. Its all over, where many fx cant decline for some time as we can.

They are too low and poor for that. You should winder why they keep themself that low denying very needed changes.

Millions from there prefare to be with us and USA and live among christians and infidels. To me it says a lot about Islam as it is today we now has to use barbed wire in Poland too.

I would have thought the clowns would be all cried out by now. https://www.youtube.com/watch?v=3wWi6OrgZe4

American conservatives still believe in American exceptionalism. They are like the Saudis.

You don’t know how to think either.

Welcome. If Your husbond is Adam, You migh be pretty old and well equipped for the global warming up too:) .

You are not in Denmark.

Europe is not free right now either way. The losers are the Americans because they have many enemies like Russia, China and the Islamic world and other powers like India or Brazil are rising up.

Win – win for gazprom. Yea they’re paying for a non productive asset but the longer it stays offline the higher gas prices rise.

I don’t know what the real objective of this is but the leadership of the EU seem to be willing o pay quite a price to keep the Ukraine in welfare gas. I wonder if those brave EU leaders will have to choose between heat and food this winter like many of their citizens will.

Wouldn’t it be interesting if this is the year that the Gulf Stream finally stops with London, Paris and Berlin suffering the same weather as Happy Valley Goose Bay Labrador. London’s record -16 cold temperature becomes the average winter daily high temp and winter nights are regularly in the -30’s with 2 meters of snow falling every month.