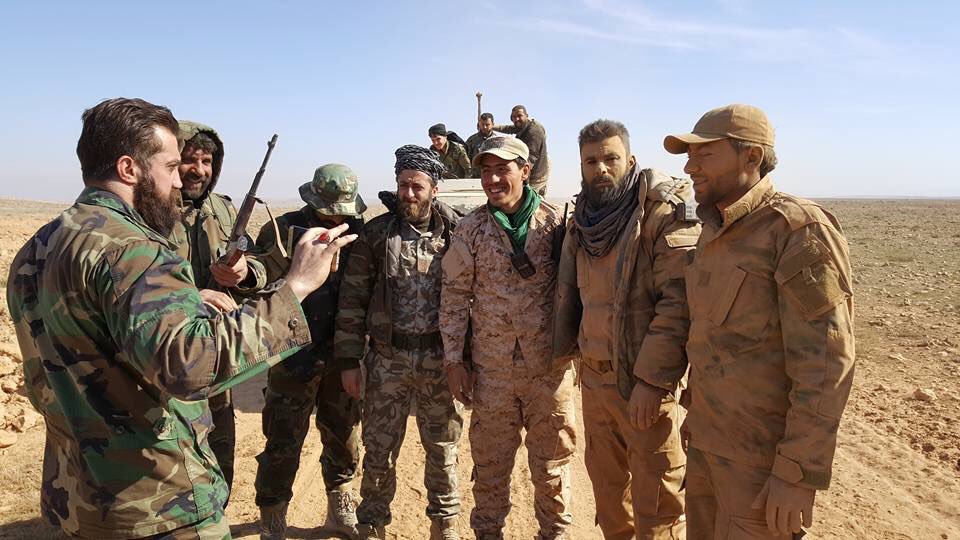 FILE IMAGE: Members of Liwa al-Quds. Mohammad Rafi (L), a well-known military commander of the group, was killed during the battle for Aleppo in 2016.

The Syrian Republican Guard and Liwa al-Quds (a Palestinian pro-government militia) launched a fresh offensive against Hayat Tahrir al-Sham (formerly Jabhat al-Nusra, the Syrian branch of al-Qaeda) and Faylaq Al-Sham in the western countryside of Aleppo. 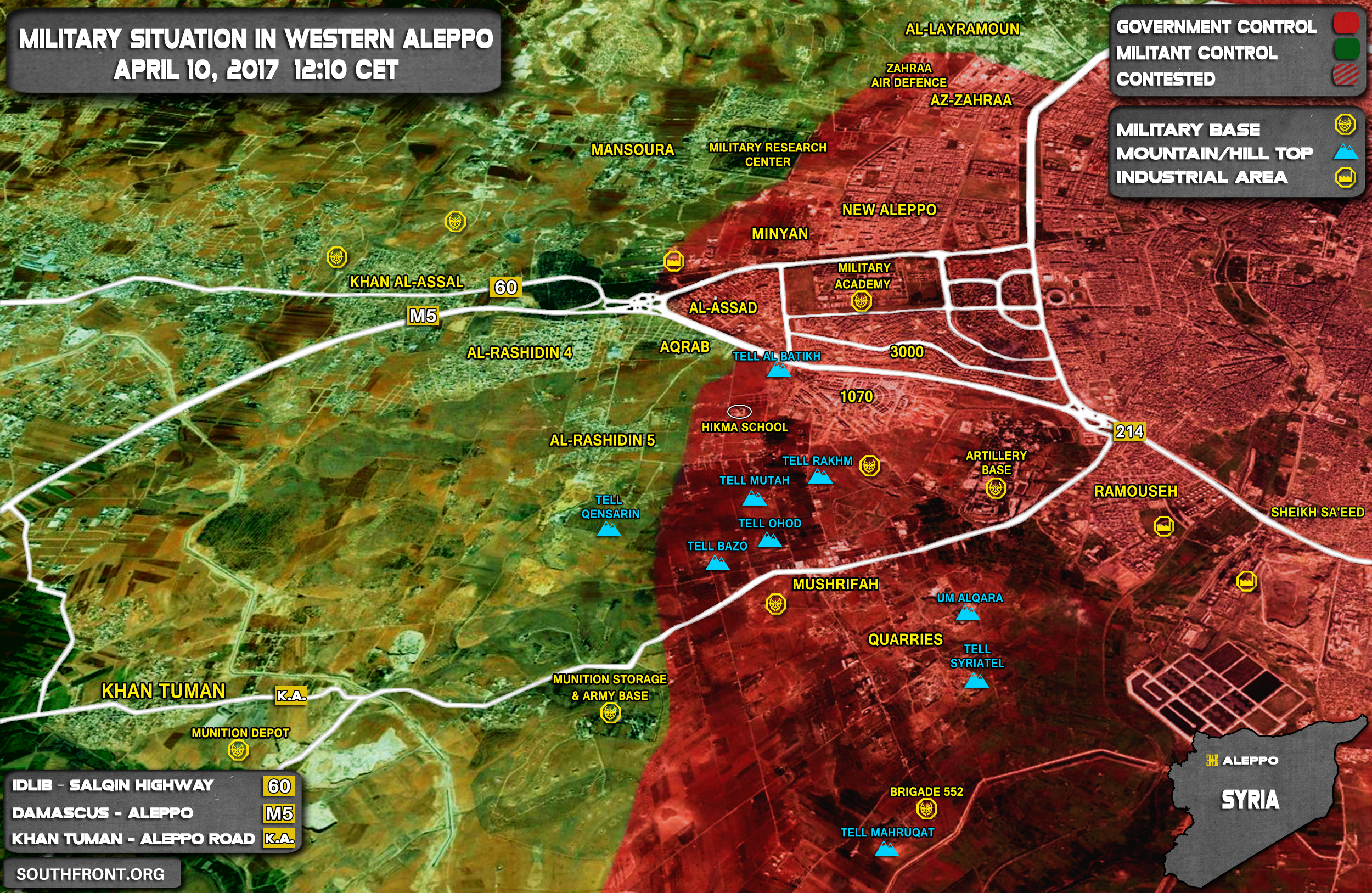 The offensive was launched on Hahat Tahrir al-Sham (HTS) and Faylaq Al-Sham positions near the al-Zahra’a area and followed reports about a major build up of government forces in western Aleppo.

Both sides reports that an intense fighting is now ongoing in the al-Zahra’a area.

Faylaq Al-Sham reported that its fighters had destroyed a BMP vehicle belonging to government forces. 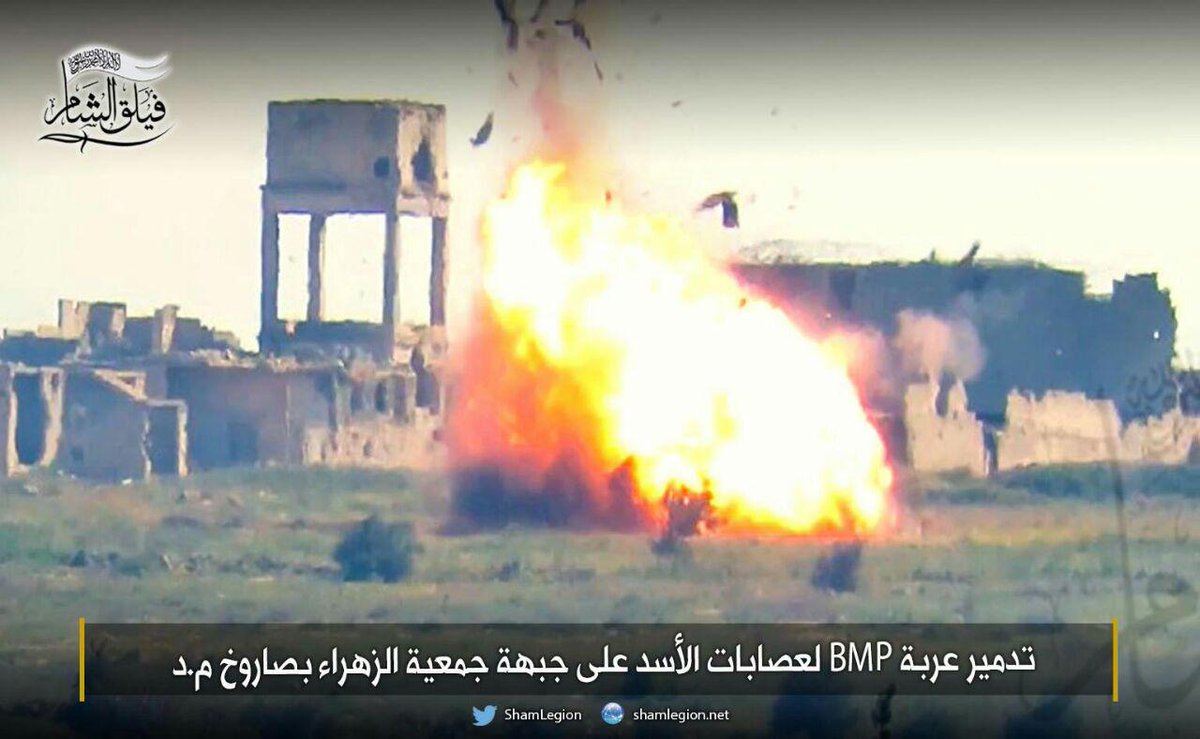 Right now it’s unclear how much forces the Republican Guard and Liwa al-Quds have deployed for this operation. However, the developments in western Aleppo came amid a de-facto stop of the government advance on the Jirah Airbase in the eastern part of the Aleppo province and heavy clashes in northern Hama.

Liwa al-Quds is a powerful pro-government faction. However, its manpower will not be enough for any deep push into the militant-held area in the western Aleppo countryside. Thus, the government attack in the area will likely be limited with the goal to secure al-Zahra’a and the nearby military research center.

It will be nice to see the collapse of the HTS terrorists, after a horrible push into Hama and Latakia. This shows us that even with propaganda on your side (Khan Sheikhoun), you are not guaranteed a victory.

Time for a joint Syria-Kurdish operation to clear West Aleppo from terrorists.

Why continue to provide green buses. By now it should be surrender or bye bye.